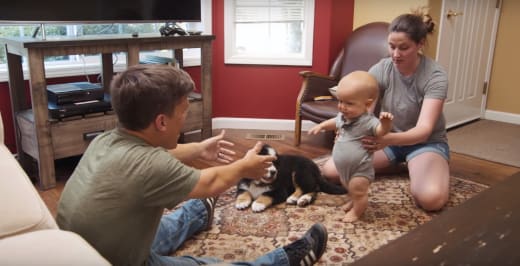 Little People, Big World is a record-breaking reality tv series for TLC. No doubt, it has spanned 20 seasons to date, with the 20th edition premiering on March 31, 2020. The show chronicles the ups and downs of the Roloff family, who reside in a farm near Portland, Oregon. Parents Matt and Amy and their eldest child Zach have dwarfism while the rest of the clan is of regular height.

In the last season of Little People, Big World, we saw Amy accepting her farm’s buyout offer from her ex-husband, Matt. So, in the current season, we see the fam dealing with the aftermath of the decision as Amy and her kids face an uncertain future. She moves to the Oregon family farm and the shift is captured in the 20th installment. In a better turn of events, Amy gets engaged to Chris Marek and Tori and Zach Roloff are expecting their second baby. Meanwhile, Matt is also trying to figure out his relationship with Caryn Chandler.

As you can see, season 20 holds multiple milestones for the Roloffs. The first two episodes have already set the base for an eventful season ahead. And now, you must be wondering what the next episode has in store for fans. Well, read on to know everything about Little People, Big World season 20 episode 3.

The official synopsis for episode 3 reads as follows: “Amy has big news on her house search but grapples with the reality of finally moving off the farm; it’s the end of an era as the treehouse has to come down; Matt and Amy disagree on whether good fences make good neighbors.”

You can watch Little People, Big World season 20 episode 3 by tuning in to TLC at the above time slot with a cable subscription. You can also watch the released episodes online by logging into TLC’s official website.

Additional live-streaming options for cord-cutters include getting a subscription to Fubo TV, Directv, YouTube TV, Philo TV, and Sling TV. You can also catch up on the last-aired episodes after purchasing them on Amazon Prime.

In episode 2, we see Amy preparing for her move from the farm but she is a bit down at the thought of leaving the place which had been her home for over 30 years. Meanwhile, since Amy and Matt are not on talking terms, the latter wants to build a fence to separate their sides within the premises. On the other hand, Amy looks for permanent housing options.

Zach and Tori are gearing up for their newborn and Chris and Amy prepare to celebrate their third anniversary. Chris has even purchased a diamond ring for Amy but is nervous when he thinks of popping the question. Tori visits the doctor for an ultrasound and at four months pregnant, her baby weighs 1 pound 9 ounces. However, they also learn that their child will most likely be an LP. Although the couple was expecting it, Tori is a bit upset.

Jackson gets a new bed and for the first time, he tries to sleep alone through the night. In another scene, Amy and Chris have a conversation by the poolside. Amy expresses her depression of moving out but Chris tells her to take her time in finding the right home. After all, they are going to be staying in that house for the next 10 years, at least!