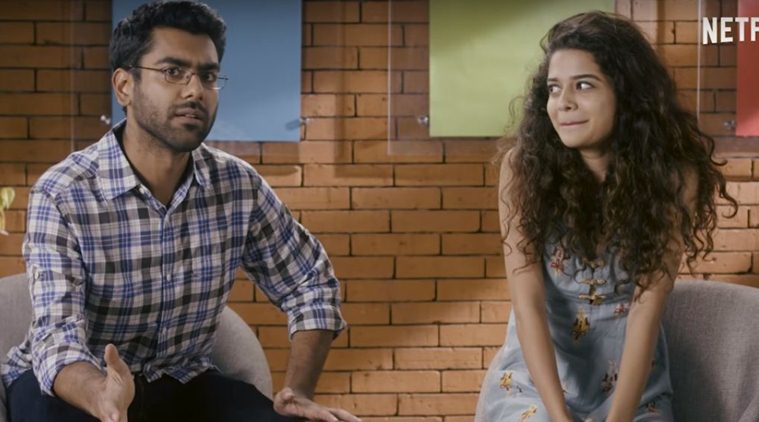 Over the last decade, we have seen a number of cases where Netflix has acquired a show after it shows some potential of shining in the future, or some element that rings innovative or unprecedented – whether this is an equivalent of corporate consolidation or no, this has indeed turned out in favour of said shows at least in terms of press. In some cases, this has taken away the ‘indie’ from indie-establishment endeavors. In the case of Dice’s ‘Little Things’, however, Netflix’s acquisition had only served to renew popular interest after being a year out of air.

The no-frills romcom-esque show first premiered on October 25, 2016, by Dice Media. The whole show was on Youtube (an uncommon move back in 2016) and was met with unprecedented success. Afterwards, Netflix chimed in, and after about six months in the pipe, it ordered a new season of ‘Little Things’ which was released on October 5, 2018.

‘Little Things’ is also another addition to the contemporary Indian gallery of shows that step out of the norms (considering it is a country where the mega-serial industry still reigns supreme financially) and limit their playtime to 16 minutes per episode – and Netflix, fortunately, has decided to stick to that format. Centred around the conjugal life of a young couple, the show is literally about what its name spells out: the little things in life that matter in the long run.

Little Things Cast: Who is in it?

From its very point of conception, ‘Little Things’ was a show that hits far closer to reality TV than it does to a rom-com. The best way to describe it is in terms of how a reality show works: the conversations and situations feel organic, whether or not they necessarily are organic does not matter. That said, the characters are all fictional. As such, the cast mainly consists of the couple, Dhruv Sehgal and Kavya Kulkarni. Dhruv is himself a somewhat experienced writer-actor, with major shows like ‘What the Folks’ (2017) and ‘A Return Gift’ (2016), as well as several works with Dice Media and a number of sketches from Filter Copy in his portfolio (not to forget the celebrated short,‘I am Offended’).

While Dhruv plays a character of the same name, the other half of the equation, Kavya Kulkarni, is played by Mithila Palkar. Mithila’s primary street cred came from her internet fame as her Cup-beat cover of a Marathi folk song blew up overnight; but since then, she has been engaged professionally with acting gigs, including ads for the likes of Zomato and Maggi. She eventually started inching towards Bollywood — she portrayed a lead character along with Irrfan Khan, Dulquer Salmaan and Kriti Kharbanda in a 2018 Hindi film, Karwaan.

The duo that shares palpable chemistry on screen were not more than casual acquaintances before they began working on ‘Little Things’. “We had not thought of dating each other”, Mithila had confirmed. “We didn’t even think of talking to each other to start with. I think Dhruv and I only became friends in the second season (of ‘Little Things’) though we have known each other for the last three years,” Mithila told IANS. “It took us time just to know each other as people instead of two people working together. In spite of knowing each other for three years, it’s only this year that we made an effort to talk to each other and know each other off camera,” she said.

Little Things Plot: What is it about?

As Sehgal himself clarified, the idea of the show was to create a slice-of-life series of shorts that centre around the lives of a young couple living in Mumbai. The show does not aim towards having any huge larger-than-life undercurrents, no grand scheme, and no high stakes — it is slice-of-life in its purest form. All of its runtimes is about organic dialogue and situations, akin to Chekov’s plays, as Dhruv Sehgal would compare. The title perhaps comes from the only moral that is preached: to attempt to treasure the little things that make one’s life worth living.

Netflix’s second season ups the ante by implementing bigger personal and professional crises, crucial life choices as well as big decisions they have to make in the career and love life, bringing it closer to a textbook family-based show. However, the popularity of the show largely banks upon the surprisingly good chemistry between the lead actors, rather than because of how organic and fresh the show is otherwise.

Little Things Season 3 Release Date: When will it premiere?

It was already a surprise for the makers of the show as Netflix acquired the license from Dice Media, as they had not set out with that kind of ambition. At any rate, the show’s lifespan can be indefinitely extended now that mainstream recognition has come into the mix along with the chemistry between Dhruv and Mithila.

Check out the trailer of Little Things Season 3 below.