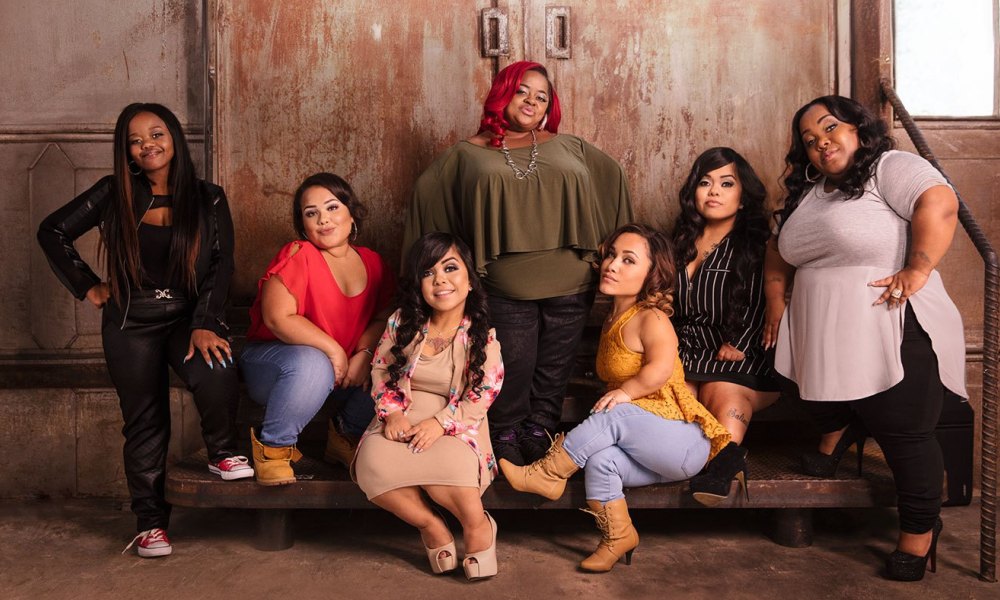 ‘Little Women: Atlanta’, often called ‘Little Women: ATL’, is an American reality television show that airs on Lifetime. It debuted on January 27, 2016, and follows the lives of a group of little women who live in Atlanta, Georgia. The show has Chris Coelen, Eric Detwiler, Mariana Flynn, Terra Jole, Rob Schwarze, and Eli Lehrer as its executive producers. For viewers with a Hulu subscription, they can stream ‘Little Women: Atlanta’ there.

Little Women: Atlanta Cast: Who is in it?

Tiffany “Monie” Cashette, Ashley “Minnie” Ross, Andrea Salinas, Amanda Salinas, and Shirlene “Ms. Juicy” Pearson are all part of the main cast of ‘Little Women: Atlanta’ and have been so in the previous seasons as well. They will also be returning for the upcoming season of the show.

For the upcoming season, Briana Barlup and Emily Fernandez will also be returning. For those unaware, Fernandez was initially part of the ‘Little Women: Atlanta’ cast before moving away to Dallas to be with her family, after she lost her son due to health issues. Known as Right Cheek, Fernandez appeared in another show of the ‘Little Women’ franchise, vis a vis, ‘Little Women: Dallas’, while she was there. However, she is back in Atlanta now.

Little Women: Atlanta Plot: What is it about?

‘Little Women: Atlanta’ has a simple premise. It follows a group of women and their friends in Atlanta and focuses on how they deal with all sorts of drama, friendship, men and their careers. For those unaware, the show’s title is ‘Little Women’ because the cast members are dwarves or have the condition known as dwarfism. The series, produced by Kinetic Content shows us that these little women go through the same things that anyone else would go through.

What is most important about the show is how it seeks to remove any stigma surrounding dwarfism. As a society, we are not proud of it, but we often laugh at dwarves and are generally insensitive to their feelings in our misguided attempts to be funny. ‘Little Women: Atlanta’ changes all that as they show the cast in the most humane light possible. As we follow their aspirations and problems, there is an unconscious embracing of these characters and one might even go to the extent of saying that they sort of become our friends. The show has been growing from strength to strength over the seasons and while the cast may be little, they have all displayed an attitude that is definitely larger than life.

Every season of the show focuses on particular aspects of the women’s lives and we have seen the previous seasons deal with the drama among our favorite ladies over a wide array of issues. These include lies, arguments among friends and of course, the joy of newborn children. However, the upcoming season is slated to become more musical than ever before and will primarily focus on the careers and passions of the ‘little women’. In what is likely to be one of the most dramatic seasons of ‘Little Women: Atlanta’, we will see our favorite women compete with each other in the cutthroat world of music. The Futon Critic reports that things are bound to get heated up as the show delves into the world of hip hop.

For those unaware, Atlanta has a strong hip hop scene and it seems as though the little women are looking to make a big splash in the world of rap. While the women try to prove they are the latest heavy hitters in the rap industry, they are all bound to undergo lyrical, emotional and in all probability physical battles in order to ensure they can hustle their way to get a top spot, which will give them a shot at stardom and a chance to reign supreme.

Sometimes, a short woman can cast a very long shadow, is something the previous seasons of ‘Little Women: Atlanta’ has taught us. The next season will probably continue in the same streak as the previous seasons and we cannot wait to see where the show takes us next in the lives of these women.

Little Women: Atlanta Season 6 Release Date: When will it premiere?

‘Little Women: Atlanta’ Season 5 premiered on March 28, 2019. As far as the next season goes, we don’t have an official announcement yet. Though considering the popularity of the show, we would be surprised if it doesn’t get another season. Our best guess is that if the show does get renewed, ‘Little Women: Atlanta’ Season 6 can release sometime in March, 2020. We will update this section as soon as we hear more.

Here’s the trailer of ‘Little Women: Atlanta’ to get a better sense of what the show is about.