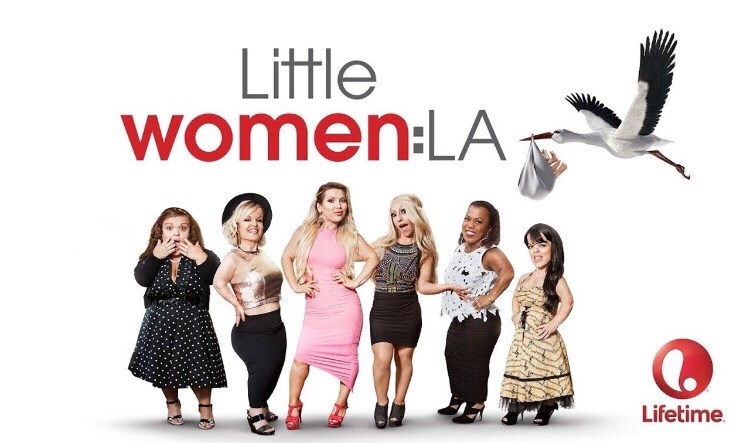 ‘Little Women: LA’ is an American reality television series that airs on the A&E-owned Lifetime channel. As the name itself suggests, the show follows the lives of several “little women” or those affected by dwarfism, as they try and live life to the fullest.

A not-so-recent show, Season 1 of ‘Little Women: LA’ premiered on May 27, 2014, and since then, the show has seen an impressive eight seasons air. As it stands, fans of the show are wondering whether it will return again for a drama-filled ninth season. Here’s everything we know about it thus far.

Little Women LA Cast: Who is in it?

Being a reality show, ‘Little Women: LA’ has a limited number of cast members, who all play themselves. The show initially started off by showcasing the lives of six “little women” – Terra Jolé, Tonya Banks, Elena Gant, Christy McGinity Gibel, Briana Manson,and Traci Harrison Tsou. However, Traci exited the show after the second season, and Briana exited after the sixth season. In the third season, Jasmine Arteaga Sorge joined the main cast, and she has been part of the main cast ever since. Brittney Guzman, too, joined the show as a main cast member in the third season, but she exited after one season, and returned later as a guest. Thus, as it stands (as of Season 8), the show revolves around Terra Jolé, Tonya Banks, Elena Gant, Christy McGinity Gibel, and Jasmine Arteaga Sorge.

Additionally, several others have appeared in the show every now and then as guest members or recurring cast members. If the show does get renewed for a ninth season, we expect all the current main cast members to make a comeback and reprise their roles.

Little Women LA Plot: What is it about?

The premise of the show is a very simple one and follows a group of little women, with small bodies but big hearts, going about their lives. Set in the city of Los Angeles, California, the show follows how these women deal with friendship, careers, enjoyment, and the men in their lives. Needless to say, much of these “dealings” involve a lot of drama, which keeps viewers hooked to developments in the lives of the stars.

Yet, while the drama in the lives of these women is a central aspect of the show, ‘Little Women: LA’ also tries to do its part to remove the stigma around dwarfism. Although 1 in 15,000 to 1 in 40,000 people have one of the 300 odd conditions associated with dwarfism, society has historically looked down upon dwarfs and ridiculed them, giving rise to much bias and stigma over the years. ‘Little Women: LA’ and its sister shows – ‘Little Women: Terra’s Little Family’, ‘Little Women: NY’, ‘Little Women: Atlanta’, and ‘Little Women: Dallas’ – all work to try and remove this stigma and usher in a more widespread acceptance of dwarfs in mainstream society.

Further, being a show which focuses on women who are dwarfs, one could also say that it adopts an inter-sectional approach wherein it tries to destigmatize not just dwarfism, but the extra ridicule women dwarfs face in our largely patriarchal societies. By presenting women dwarfs as flesh-and-blood characters leading “normal” lives and doing what “normal” people do, the show tries to normalize what it means to be a dwarf, while emphasizing that dwarfism does not prevent anyone from living their lives to the fullest.

To drive the last point home, we see the stars of the show engaging in a lot of fun activities, which range from taking trips around LA, to partying, to having fun in ways most people do. But, not everything is fun and games for Terra, Tonya, and co. as they also do things which most adults do – from managing their careers, to living up to their commitments, to having a social life, to parenting. Indeed, the stars competently manage all aspects of adult life, and every season focuses on particular aspects and aspirations of each of the show’s stars. For instance, while some of the stars look for relationships, others look for adventures or pursuing something they’ve always wanted to do. In this way, season by season, the show takes viewers through the changing lives of the little women as they evolve and change as people.

Of course, that being said, the show has also faced criticism from certain quarters. While almost everyone has praised its efforts to create awareness about dwarfism and normalize dwarfism, some critics have pointed out that the method it adopts for this purpose – creating a spectacle out of the lives of living people – sort of diminishes its thrust. For instance, Hollis Andrews, who herself suffers from a type of dwarfism called achondroplasia, wrote in Observer, “They’re [the show is] taking people who are probably somewhat normal and making them look crazy. Little people are already seen as different enough. We are given very few respectful portrayals in the media. Reality shows based around dramatics and cat fights takes one of our very few and far between chances to be represented and bastardizes it. And that’s what this whole thing really boils down to.”

Among viewers, ‘Little Women: LA’ enjoys some amount of popularity, which is evident from its eight-season run, and it has a mediocre overall rating of 5.7/10 on IMDb.

Little Women LA Season 9 Release Date: When will it premiere?

As for the possibility of a ninth season, we don’t have an official announcement yet. However, we are fairly certain that ‘Little Women: LA’ will return for Season 9, considering that it has already built up momentum and is a steady performer. If the show is indeed renewed , ‘Little Women: LA’ Season 9 is expected to premiere in April, 2020. We are keeping an eye out for news on Season 9, and we’ll update this section when we hear more.

While we wait for news on Season 9 of ‘Little Women: LA’, here is the trailer for Season 8 to give you a glimpse into the show and all the drama which awaits in this season.