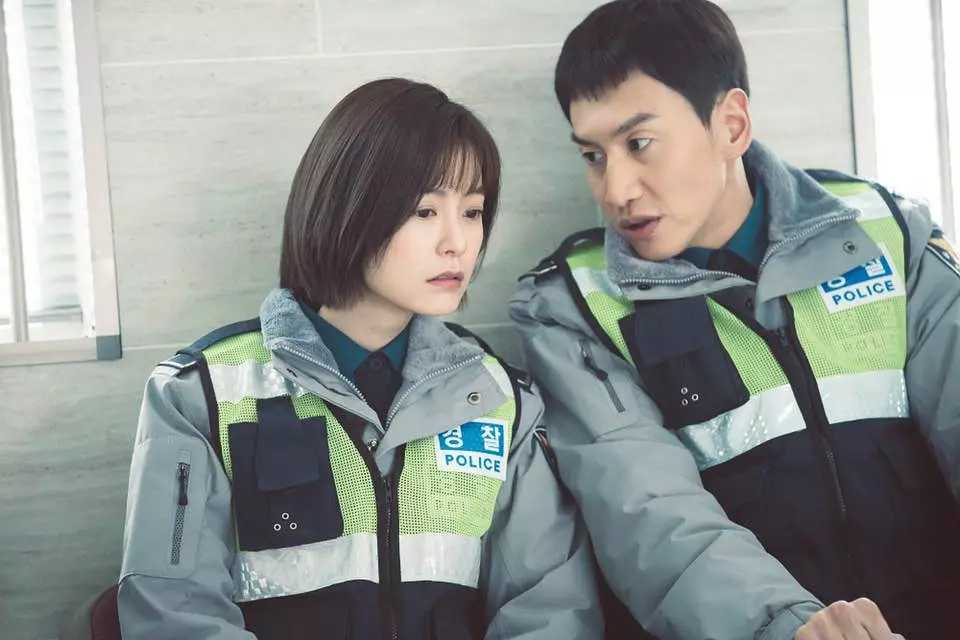 Police procedurals have been a staple subgenre of true crime with a large audience ever since the late 1950s, and it is not at all a 20th-century invention contrary to what we think. While shows like Castles have brought it to a dramatic maturity, the mainline police procedurals are UK’s Law and Order or No Offence, which is still recently running, and still retains the chief characteristics of the earliest iteration of the genre: Fabian of The Yard (1954) or The Untouchables (1959) in the US. Anyhow, it is difficult to find a cop show in the western TV canon that does not lend itself strictly to a ‘police procedural’ category. In that way, the two Korean original productions, ‘Live’ felt like a breath of fresh air.

The show is a drama about the lives of three law enforcement officers stationed in regions of South Korea, and instead of a police procedural, it instead makes itself out to be a well-written TV drama proper, in which the cops happen to be in the lead role. It does not match up to the luminaries like the classic cop drama, The Wire, to be sure, but it is still a refreshingly new approach to the genre that may have a lot to contribute to the medium at its current state if serialised for multiple more seasons.

As we have mentioned elsewhere, Live is very different from a typical western cop procedural, where an episodic series of cases take precedence. Live, instead of focusing on the cases, is more about the overreaching arc regarding the characters. As an incredibly character-driven plot, therefore, it demands a lot out of its mature cast, which the actors and actresses deliver in every role for the most part.

A reasonably star-studded cast by South Korean silver screen standards, the show stars Jang Yu-Mi (Chaw, The Crucible, Train to Busan, My Dear Desperado) as officer Han Jung-Oh, Lee Kwang-Soo (Collective Invention, The Sound of Your Heart) as the unfortunate ex-soldier cop Yeom Sang-Soo, and Bae Sung-Woo (Inside Man, Office) as lieutenant Oh Yang-Chon, along his wife, portrayed by Bae Jong-Ok. Other celebrated veteran actors such Lae Jun-Yong and Sung Dong-il also figure in supporting roles, but it is imperative that the show’s main cast will return just as it was with the respective actors, as they have all delivered a stellar performance for the show.

Live Season 2 Plot: What is it about?

The plot encapsulates the lives of three law enforcement officers at three levels of the ‘Live’ team at Hangil patrol division, as their lives get tangled up, and they continue to juggle their career and their personal lives.

Live Season 2 Release Date: When will it premiere?

As one of the most well-acted and well-directed shows in general, and a unique slice-of-life cop drama on the other hand, picking up Live was among the several wise decisions Netflix has made for its new roster of K-dramas. The show garnered great reviews, and it is likely for a second season to be under consideration for the network and the producers. That said, its renewal status remains unconfirmed, and the air date for season 2 is therefore officially TBD.

Since there has not been much from tvN or Netflix regarding the possible second season, and the show has not even been renewed yet, it would be safe to assume that filming has not started yet. Consequently, there is no promo content for the tentative season available yet – including teasers or trailers. So while waiting for further updates, you can watch the official trailer for the first season here.