Living With Yourself Season 2 on Netflix: Release Date and Cast 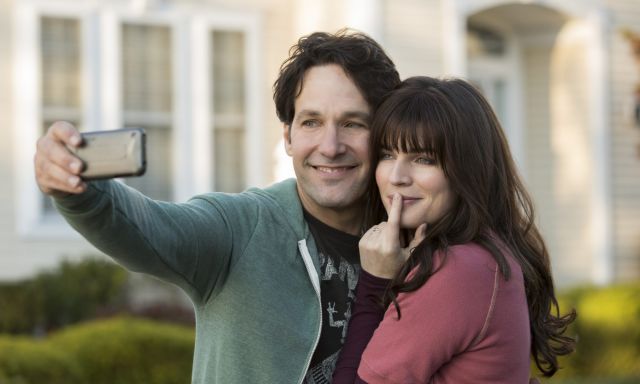 Have you ever wondered what would happen if you, all of a sudden, meet your doppelgänger? Worse still, how would you react if this identical twin of yours is better than you in almost everything? Embracing this very premise is the Netflix Original ‘Living With Yourself’. The web comedy series, created by Timothy Greenberg, is about a man, dissatisfied with his life. In an attempt to better himself, he agrees to undergo a mysterious treatment that promises to offer him a more content life. However, after a twist of fate, he discovers that he has been switched with a doppelgänger.

After a successful first season, will there be a Living With Yourself season 2? Here’s everything we know.

Living With Yourself Cast: Who is in it?

Paul Rudd stars as the lead protagonist, Miles Elliot as well his clone, on ‘Living With Yourself’. He is joined by Aisling Bea as Kate Elliot, Miles’ wife.

Paul Rudd made his debut in the world of acting with the 1992-released, NBC’s drama series ‘Sisters’. His notable projects include movies such as ‘Clueless‘, ‘Romeo + Juliet’, ‘Wet Hot American Summer’, ‘The Perks of Being a Wallflower‘, ‘Anchorman’, and ‘The Fundamentals of Caring’. He also plays the titular character of Scott Lang/Ant-Man in the Marvel films, ‘Ant-Man‘, ‘Captain America: Civil War’, ‘Ant-Man and the Wasp’, and ‘Avengers: Endgame‘. Rudd’s tv credits include appearances on ‘Friends‘ and ‘Parks and Recreation‘.

Irish actress, stand-up comedian, and writer, Aisling Bea, is best known for her roles on tv sitcoms such as ‘Trollied’, ‘This Way Up‘, and ‘The Delivery Man’ and crime dramas like ‘The Fall’ and ‘Hard Sun’.

Other cast members include Desmin Borges as Dan, Karen Pittman as Lenore Pool, and Zoe Chao as Kaylyn.

Living With Yourself Plot: What is it about?

A show that is part-funny and part-reflective, ‘Living With Yourself’ is set against a sci-fi backdrop and tries to address a very relatable issue of humans attempting to balance relationships and professions while maintaining one’s self-worth. We all have internal battles within ourselves and the show attempts to answer one question — how would we react if we are given a fresh start? Would we look at the world differently and how would we grab missed opportunities?

Bringing in a generous mix of elements from ‘Black Mirror‘ and ‘Eternal Sunshine of the Spotless Mind‘ — coupled with the perfect dosage of comedy — ‘Living With Yourself’ gives you the rare chance of witnessing two Paul Rudds in a single show. Miles Elliot (Rudd) is a dissatisfied man, struggling with every aspect of his life. In order to change his circumstances, he opts for a strange procedure and “undergoes a novel spa treatment that promises to make him a better person.” But after he emerges from his session, he is shocked to find himself replaced by his superior clone.

Now, Miles must learn to cope up with this sudden turn of events that are a consequence of his own actions — although unintended. He has to fight for his identity, his wife, and his career. Initially, Miles is a bit enthusaistic about this new arrival in his life. He allows the doppelganger to do tasks that he hates doing, such as entertaining his wife’s friends and making presentations at his workplace. But when the New Miles expresses his discontent of staying as a substitute, Old Miles realizes that this is not how the plan was supposed to work out.

In the end, both of them come to an understanding and let go of their negative emotions for each other and themselves. Moments later, Kate comes in and tells them that she is pregnant. Now, the question becomes whose child it is and the problem is that there is no way to know because both of them have the same DNA. Instead of bursting into anger, Miles accepts the promise of a baby, something that he and Kate had wanted for a long time. The clone Miles accepts that he is the one who should go away, but Kate tells them it is not necessary. Perhaps, they can find a way to co-exist and make the best out of what they have got.

If the show comes back for season 2, there are several directions that the story can take. The clone Miles can come back and that could lead to parenting issues. Or both the Miles could work together on something. Or what about the baby? How will he/she turn out to be? All or some of these issues can be addressed in the next season.

Living With Yourself Season 2 Release Date: When will it premiere?

‘Living With Yourself’ season 1 premieres in all its entirety on Netflix on October 18, 2019. Its entire run for the first season consisted of eight episodes.

The concept of the show is fresh and is relevant to the current issues in the world and what it really means to be good. Netflix would surely be tempted to renew the show, but a lot will depend on Paul Rudd’s availability and of course viewership numbers. While we wait for an official announcement, one can only hope that we get to see another installment of the show. Even if it gets renewed, ‘Living With Yourself’ season 2 won’t come out before 2021.

Living With Yourself Trailer:

You can check out the official trailer for ‘Living With Yourself’ season 1 below: