Will There be a Loaded Season 2? 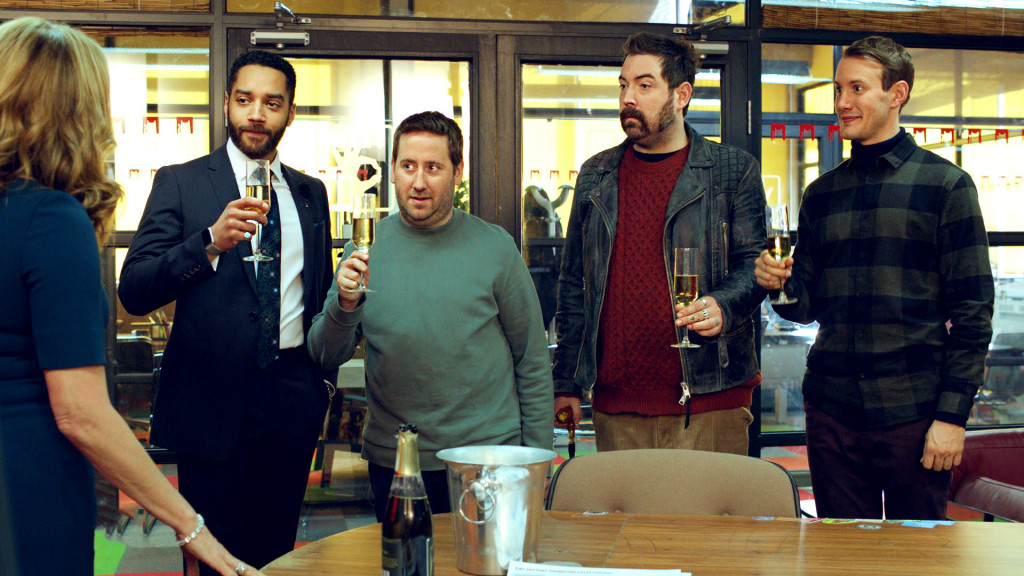 The lives of the famous, wealthy people have always been a viral subject for TV shows, case on point – Dallas, Gossip Girl, Billions and more. The Channel 4 (in the UK, and AMC in the US) series, Loaded, however, builds upon a majorly different, almost opposing plot; it shows us that the lives of people who are newly rich (and do not know anything about what to do with the sudden, yet a huge amount of available cash), can be equally thrilling and satisfying. Loaded is a comedy-drama, produced by Hillbilly Television and Keshet UK. It aired originally in May 2017, on Channel 4. The show, however, was picked up for its US release a few months later, by AMC and premiered here in July 2017.

The series is based upon the hugely popular Israeli series, Mesudarim. It follows four friends, who sell their video game company, Idyl Hands, resulting in them becoming multi-millionaires, overnight. The show highlights the struggle that these new millionaires face in life.

The first season of the show was well-received. Now, the question arises: will there be a Loaded season 2? We will delve into that question, but first, let’s quickly look into the details of the series.

Loaded Cast: Who is in it?

Loaded, a British comedy-drama is apparently a show that deals with the happenstance of four men gaining into inscrutable riches. Josh, played by Jim Howick, is the uptight intellect of the group; Leon, played by Samuel Anderson, is the mysterious, lively public face of the company; Watto, played by Nick Helm, is the material obsessed hobbyist; and Ewan, played by Jonny Sweet, is the continuously underestimated, socially awkward organ of the central managing group.

Mary McCormack plays the role of Casey, an executive of their new parent company. Casey acts as a strictly disciplined whip to their aimless lifestyle. Perse, the cast acts as a properly knit network in bringing out the true taste of the series.

Loaded Plot: What is it about?

Loaded is a series about friendship, greed, aspirations and the typical British distaste for other’s successes and how lifelong friendships are tested with money. The series follows four friends (who are also business partners) who have just made a great fortune by selling their video game company to an American corporation.

It starts with them creating Idyl Hands, a software company. Their success comes with a cat-based video game for iPhone users, which is, however, acknowledged by a faction of people to be consistently life-draining. They cash out 246 million pounds by selling this start-up video game company, and their lives are transformed overnight from people who used to play games to people who are serious players in the game.

Almost immediately after getting the money in their accounts, the sweet smell of success takes a bitter tang. The four, getting an unexpected amount of monetary freedom, are now pursuing a life in a different, purposeless manner. The new millionaires are unable to decide what to do with their sudden riches. They develop a follow-p to their famously successful game, flaunt their riches to the indifferent public, flaunting useless romantic relationships and the likes.

Former junkie and the game designer of Cat Factory, Watto lets the mistakes of his past haunt him and the company which threatens the fortunes of his friends along with him whereas the shy and unnoticed guy Ewan decides to spend his money reinventing him and his image. Leon is led into a sort of moral confusion as a result of desperately trying to prove himself to one of his old teachers; and Josh in order to impress his ex-girlfriend, Abi, hosts a charity event.

To get his friends to focus on developing a new game, Leon takes them for a trip on his new luxury yacht, which is followed by an age of sex, drugs, and murder. Josh, the hardworking and hyper-sensitive guy, gets riddled with millionaire’s guilt and finds himself dying under the weight of his wealth. The visionary guy Vinny lets his desires run free by buying extravagant things like a Ferrari and a multi-million pounds house. But can all of these things buy him the one thing he’s after since he was a teenager – respect?

In the finale, the lives of all four friends are left in chaos. The series does seem to have a Black Mirror vibe. However, the tone of the show is much more fragile and is hardly ever serious at all. Its first season sports eight episodes, with an average runtime of an hour, which might seem a bit lagging oftentimes. In any case, Loaded may come off as an entertaining piece of comedy-drama, in the eyes of the average viewer.

Loaded Season 2 Release Date: When will it premiere?

Loaded season 1 premiered in the United States on AMC on July 17, 2017. Its entire run for the first installment consists of eight episodes and it wrapped up on September 4, 2017.

But the question remains if it would be renewed for a follow-up. As far as the ratings go, it was reported that the show’s premiere attracted 500,000 viewers only, which makes up 3.5% of the total audience in the United Kingdom. The first episode opened at 276,000 viewers in the United States and started decreasing after just a few weeks. Based on its ratings and viewership, Loaded season 2 stands cancelled by Channel 4 after its first season.

We still hope though that the show is brought back for the American fans. Till then, it would be a good idea to catch the first season on Netflix.

You can watch the official trailer for Loaded below: