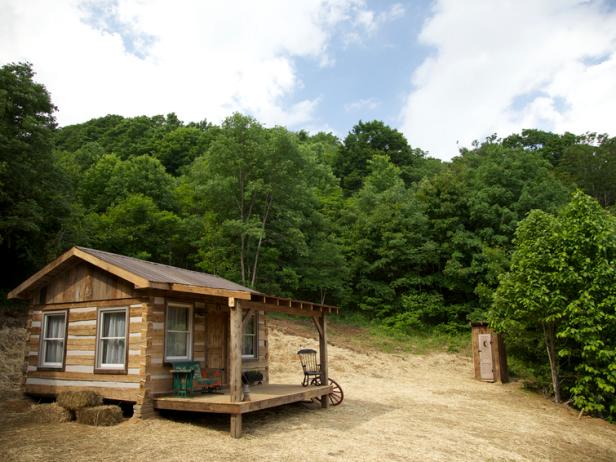 Log Cabin Fever is a reality TV show that first premiered on December 29, 2016. The series is presented by Charlie Norman and produced by Ellen Farmer, Tim Fenoglio, Rob Kirk and Tom Jennings for Great American Country (GAC). The series takes us to remote places with Charlie and his crew who visit antique log cabins, dismantles them, cut them down, move them and put them back together to form a beautiful home. They use rare wood from historical structures to create cabins that are visually appealing. The series is all about big machines, big builds, and big personalities.

Charlie’s main aim is to renovate cabins and provide them with a new look that is not just aesthetically pleasing but is also historically significant. In every episode, Charlie and his crew carry heavy pieces of equipment and head to cabins located in isolated locations where there is no water supply or electricity. From old chimneys to 200-year-old lumber, they cut down everything piece by piece. They recreate everything to restore its beauty. For some, it may be pure garbage, but for Charlie’s Log Cabin Fever team, it is no less than a treasure. “We build log cabins, but we’re doing much more than that,” said Charlie. “We’re building families a home they can enjoy forever.”

The show is hosted by Charlie Norman who works with his equally talented crew to either build cabins from the scratch after deconstructing existing structures or revamping properties that aren’t in need of dismantling. Apart from them, there are different families and owners in each episode seeking the team’s assistance with rebuilding their properties.

In the first season, the crew develops a countryside home for a young married couple. All things are going well until the main problem arrives. As the cabin is located on the top of a mountain, it becomes tough for the crew to drive through the dangerous roads. In the next episode, Anita and his brother, Mike need Charlie’s help to create an antique cabin situated far from the city. The crew realizes that bringing this idea to reality will need more willpower to fight against the hail storms and lightning. Charlie and his team travel to Pennsylvania to disassemble a barn. It is owned by an Army veteran and his family who wants to create a beautiful cabin. Later on, they go into the deep woods of Tennessee to break down American Revolution-era log cabin whose glory days have long since passed.

In the second season, Charlie Norman returned with more exciting episodes of Log Cabin Fever. He is given a task to recreate a two-story log cabin located inside a ramshackle barn in Piney Flats, Tennessee. His crew has to remove all the weeds and also the beast, but they have to keep in mind that the beauty of the place remains as it is. They will get to keep the barn boards if they remove each and every weed.

In the next episode, Charlie and his crew head to Banner Elk, N.C., to renovate a home in a modern house. They have to add a rustic timber frame interior to give it a retro style. They also have to add a few pieces to light up the home. Two more people join the team to complete the work in a few days. The log cabin crew then travel to Church Hill, Tennessee to a hundred years old barn. The owner is not ready to break it down. The team will have to bring new elements to this barn and install new furniture. Charlie gets to learn healing hogs using hands with the help of expert craftsman Jack. The crew also remodels a home in Mendota, Va., by removing old wooden beams and by cropping down the kitchen. Charlie and his crew take apart a 100 years old cabin in Sandy Mush, N.C., and rebuild a new home, but they always end up in trouble. A crew member has to pay the price by getting admitted in the hospital from playing around the cabin. In the next episode, Charlie helps his friend to build a mantle she self for his previous school teacher. Later on, a man calls Charlie and offers a barn which has dismantled barn woods.

In another episode, Charlie and his crew receive a call from Susan who wants to disassemble a dilapidated barn and hopes to recreate a brand new house in Jonesborough, Tennessee. Charlie and his crew arrive in the Southern Appalachian Highlands Conservancy where they want a shelter to be built for trekkers as well as hikers. They build a huge ground and create a cabin for hikers. Charlie rebuilds his own home and decides to increase the sizes of the rooms. He and his father reinstate a 150 years old chimney to install in their home.

Log Cabin Fever Season 3 Release Date: When will it premiere?

While we wait for an update on Log Cabin Fever season 3, check out the season 2 trailer to refresh your memories. If you haven’t seen the show yet head over to Prime Video to catch all the episodes of the previous seasons.