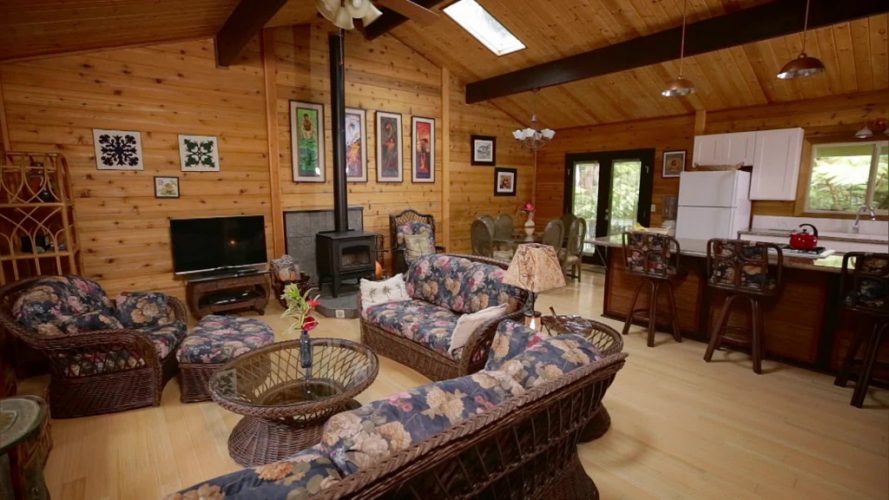 ‘Log Cabin Living’ is a reality television show that airs on HGTV that first premiered on March 26, 2014. The show has Brian Kelsey as the narrator and Marc Pierce and Chris Richardson as part of the board of executive producers.

Delving into areas of business, entrepreneurship, and consumerism that forms the grounds of the real estate sector, is not really a novelty for reality TV. It has, in fact, been a staple, something of a recent trend in covering buildings, from its materials to its marketing, felt with the influx of shows about construction and reconstruction on the one hand, and a de facto showcase of the diversity and peaks of modern architecture on the other. If you are familiar with shows like ‘Waterfront House Hunters’, for instance, you are already acquainted with the generic formula that these shows usually follow – covering a certain subsector of the housing market, or in lay terms, exploring a particular sort of house (one adjacent to a body of water in the example). In this regard, ‘Log Cabin Living’ sets out to follow this formula at its core, with the chief difference being that instead of a common host, the buyers get more screen time, i.e. it is not so much about selling the cabins, as about the buyers exploring its prospects.

Home and lifestyle reality shows that cover a certain group of residences usually do not have an ensemble cast, what with new customers or entrants in each episode from different states. The only core member of the cast that stays constant throughout the show is the host. Thus the main cast of ‘Log Cabin Living’ includes Brian Kelsey.

In the upcoming season, Kelsey is likely to return and we hope to see more new faces, as the buyers come on to the show with the intention of living out their wildest fantasies in the log cabins.

The plot of ‘Log Cabin Living’ generally covers a family, which is usually a couple, and their attempts to find a log cabin that suits their liking in order to settle in long-term. Many other shows like it offer peripheral footnotes as to how the real-estate market functions and suchlike, but ‘Log Cabin Living’ is a no-frills show focusing on the family’s experience as its primary subject, and all its informative aspects also complement this nature. Another thing that goes without saying is that the show is a soothing pleasure even to people who are not enthusiasts of log cabins, every now and then offering the occasional shot with the charm of American farmlands, woods, and lakes of Colorado and Arizona.

Viewers are taken into the heart of the American country, and the great outdoors, along with the buyers. We see the buyers explore various options as the log cabins come in all shapes and sizes. There are small unheated units and sprawling state of the art structures. Naturally, for those who have spent their lives in city apartments, this kind of freedom is too tantalizing to pass up on. However, it comes at the price of higher maintenance. Nonetheless, the buyers seem eager and more than willing to get away from the hustle and bustle of city life as they consider these cabins as their new homes.

Each episode takes us to a different location, so expect to see places like North Carolina, Montana, Oregon, Minnesota, and Colorado. What stands out here is the tradeoff that comes if the buyers decide to move into the log cabins and give up their city lives. The peace, quiet, and being in the lap of mother nature is all well and good, but what matters is the access to everyday necessities, recreational activities, and entertainment. All of these must be forsaken to some extent, not to mention the fact that living in log cabins brings with it a very different set of maintenance problems. Nonetheless, the show also serves to make a commentary on the general style and quality of living, that is forcing people back towards the great outdoors.

Ever since humans started developing society, we have removed ourselves from nature, trying to make every aspect of our life artificially controlled, and more efficient. Without going into the philosophical ramifications of mankind’s need to overcome nature at every point, it must be said that there is a shift in thinking now that is leading people to believe that a life removed from nature might not be the best option after all. However, there is a disparity between the thought and the act, and while the thought might have the log cabin as the object of desire, reaching out for the cabin as an act in itself can be rather intimidating. After all, living away from the amenities and artificial efficiency of a city is something most of us are unaccustomed to and might seem scary to us. This is why ‘Log Cabin Living’ is so fascinating for someone like me, who does not have a particular fascination for log cabins per se. It is interesting to see how the couples navigate their choices and whether they choose to experiment with the unknown or return to the mechanical familiarity of city dwelling.

Hopefully, in the upcoming season, we will continue to see these couples who dare to live amidst nature try and find the perfect log cabin that they can call home.

Log Cabin Living Season 9 Release Date: When will it premiere?

‘Log Cabin Living’ Season 8 premiered on February 16, 2019. There has been no official news regarding the renewal or cancelation of Season 9 of the show on the part of HGTV. However, considering the fact that there are always people who want to watch shows like these, and the added benefit of it being pretty cheap to produce, there is a good likelihood of the next season being greenlit. ‘Log Cabin Living’ Season 9 will most likely air sometime in January or February 2020. We will update this section as soon as we hear more.

While we wait for an update on season 9, check out this clip from the show to refresh your memories.