Developed from a Japanese novel series written by Mamare Touno and illustrated by Kazuhiro Hara, ‘Log Horizon’ is one of the best isekai anime of recent years. The epic tale starts when hundreds of thousands of people from all over the real world one day get transported to a world that is identical to the one found inside an MMORPG they all play, called ‘Elder Tale.’ The anime has numerous important characters, but the focus predominantly remains on Shiroe, the eponymous guild’s founder and leader. Later, he and ten other guild leaders set up an alliance called the Round Table. The third season of ‘Log Horizon’ tells the story of how this alliance dissolved and the immediate aftermath of it.

Season 3 of ‘Log Horizon,’ also known as ‘Log Horizon: Destruction of the Round Table’ (‘Rogu Horaizun Entaku Hōkai’), premiered on January 13, 2021. Here is everything you need to know about the upcoming episode of the anime.

In episode 6, Misa and Rieze tell Shiroe that they have a message from Krusty and want to deliver it through a puppet show, confusing Shiroe and almost everyone else who have gathered there. Akatsuki declares that she has used her feminine prowess to make one of the puppets.

Following the Oou region incident, Krusty was transferred to the Zhongyuan server, where a wolf saved him. Krusty and the wolf were subsequently taken to the Bai Tao shrine, where they are presently residing. The martenfolk there believe him to be an immortal wizard. It is revealed that a curse has been placed on him that has sealed away all his memories and abilities.

Meanwhile, Kanami and her team arrive in the region to figure out what caused the Apocalypse, the event that brought the players into the game. One of Kanami’s associates is Elias Hackblade, an Ancient Blademaster featured in ‘Elder Tale’ posters. Elias is afflicted with a curse of his own. He can’t bring down any opponent under 25% of their total HP. As he is a level 100 character, Elias cannot accompany his teammates into the dungeon they find. 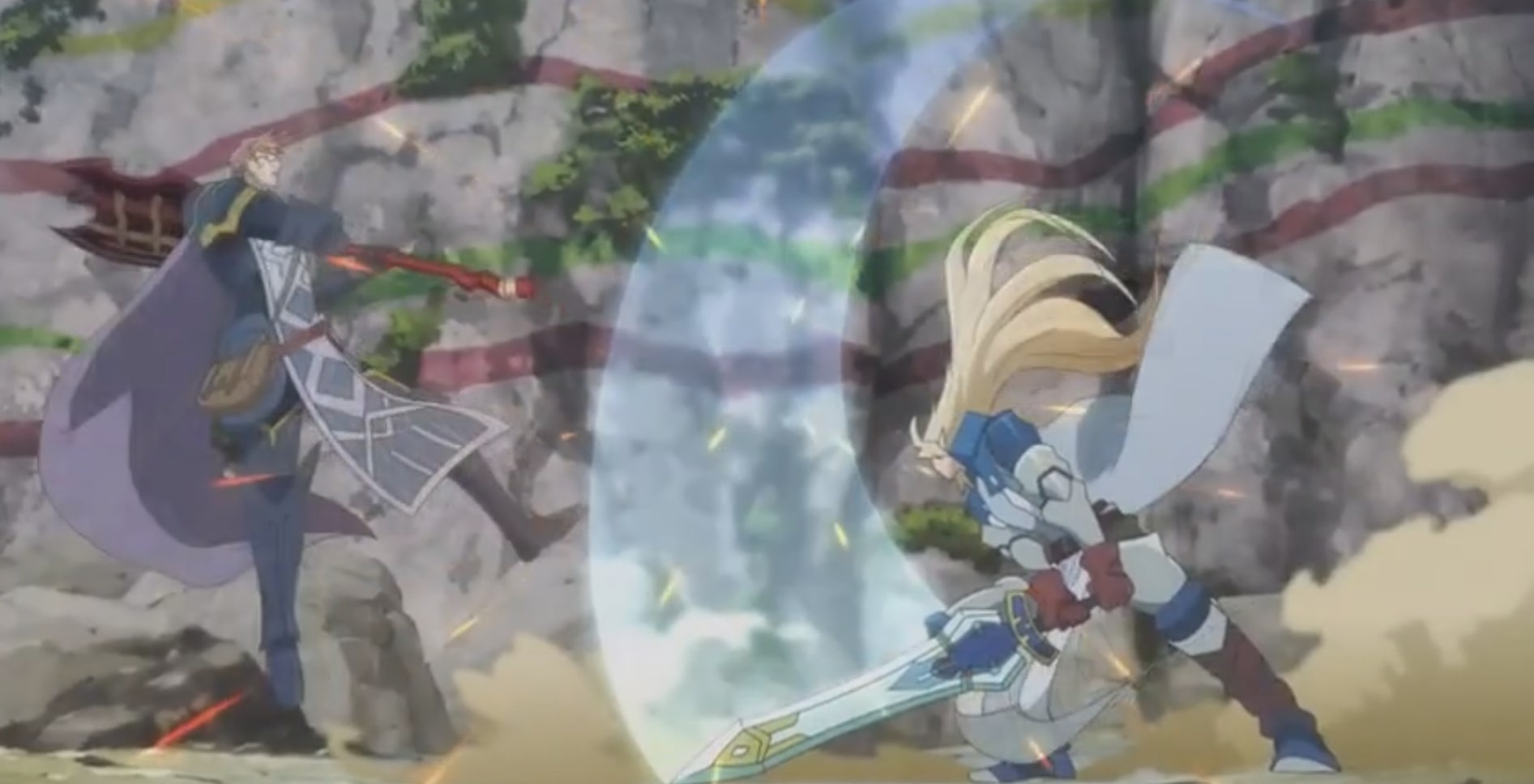 As Elias waits outside, Yourei, the Ancient who looks after the shrine, appears before him and requests him to defeat Krusty, who she claims is an evil magus. During their fight, Krusty manages to access some of his abilities, but Elias proves to be too powerful for him. Krusty somehow manages to get away before losing consciousness. Yourei reappears before Elias and casts an enchantment on him that lets her control him like a puppet. The episode ends as Misa and Rieze declare that they must take a bathroom break before continuing with the show. In episode 7, Kanami and the rest of the group might be forced to fight a mind-controlled Elias.