Will There be a LOL: Last One Laughing Australia Season 2? 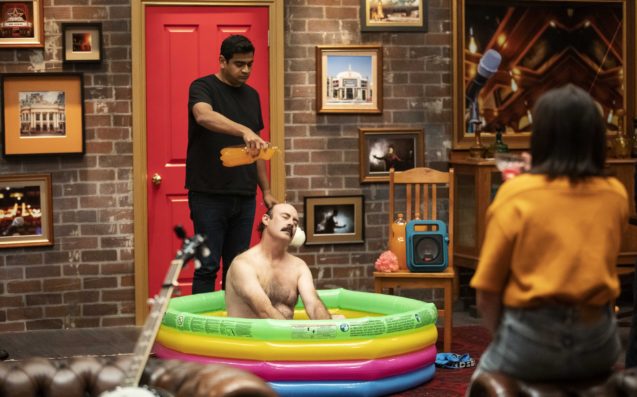 ‘LOL: Last One Laughing Australia’, based on the Japanese superhit variety show, ‘Hitoshi Matsumoto Presents Documental’, is written by Hitoshi Matsumoto and directed by Gary Deans and Jun’ya Komatsu. As the name suggests, the premise is simple. A bunch of comedians needs to make each other laugh while they themselves maintain a straight face. The one who manages to remain standing without laughing walks away with the grand cash prize. Packed with outrageous acts, weird antics, and hilarious one-liners, ‘LOL’ is a wild ride. Following a successful first-season run, here is what you need to know about ‘LOL: Last One Laughing Australia’ season 2.

‘LOL: Last One Laughing Australia’ season 1 premiered on June 19, 2020, on Amazon Prime Video. After airing two weekly episodes, it wrapped up with its sixth and final episode on July 3, 2020. ‘LOL’ is a highly successful franchise for Prime — with the streamer already having dropped more than one season for its Japanese and Mexican versions. Since the Australian version managed to do justice to the show’s signature unhinged-ness, witty comebacks, and weird facial reactions, it was received extremely well by viewers. Therefore, we should get news of a renewal soon. Once Prime gives it a go-ahead, we can expect ‘LOL: Last One Laughing Australia’ season 2 to release sometime in June 2021.

Season 1 is hosted by none other than the comedy queen Rebel Wilson. The ‘What to Expect When You’re Expecting’, ‘Struck by Lightning’, ‘Bachelorette’, and ‘Pitch Perfect’ star needs no introduction. Wilson will be returning to resume her hosting duties in season 2 as well. The 10 comedians competing for the grand prize in season 1 are recognized names from the Australian comedy scene. They are Anne Edmonds, Becky Lucas, Dilruk Jayasinha, Ed Kavalee, Joel Creasey, Frank Woodley, Nazeem Hussain, Nick Cody, Sam Simmons, and Susie Youssef. The final winner for the season was Frank Woodley. In the upcoming edition, we will see a fresh batch of Aussie comedians, battling it out to ascend to the top.

What Can LOL: Last One Laughing Australia Season 2 be About?

In ‘LOL: Australia’, 1o Aussie comedians are kept together inside a room, packed with props and other knick-knacks. They are locked in this space for six hours. Within this time frame, they need to do everything in their power to make their opponents laugh — without themselves succumbing to the urge of breaking into a guffaw. The one who manages to maintain his/her composure until the end is crowned as the winner. Season 2 will stick to the same format, which is specifically conceptualized as a microscopic way to gauge the versatility of comedic talent.