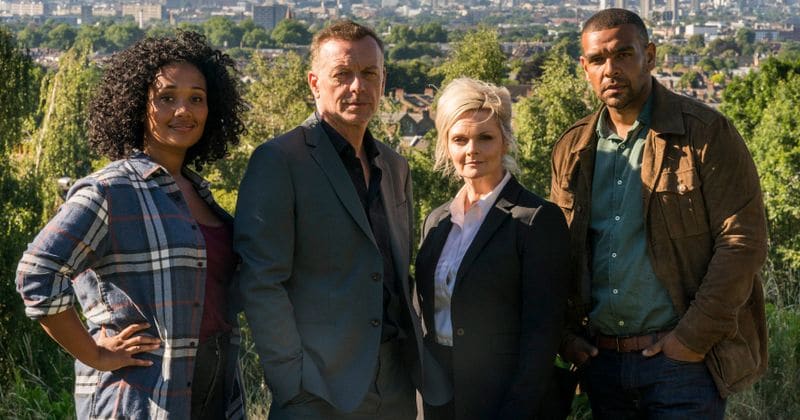 Every great city has many dark secrets that lurk in murky corners. You never know what awaits you in the shadows. The Acron TV original London Kills is fast-paced, intense, twisted, and everything you need in a murder mystery. On the surface, the show is not much different from its counterparts like the very popular Castle or the brilliant Criminal Minds. What sets London Kills apart is the setting.

The five-part series has been shot like a documentary and follows the cities best detectives as they face a series of twisted murders. This show is thrilling, dark, insidious, and very addictive. Season 1 and 2 of London Kills made its way to our screens on February 25, 2019 and July 15, 2019 respectively.  Here’s everything we know about its next season.

London Kills Cast: Who is in it?

The brilliant Hugo Speer plays the lead role of Detective David Bradford, with Sharon Smalls as DS Vivienne Cole. The seasoned actors bring in a lot of great on-screen chemistry and add to the intense pace of the show. The viewers are left wondering if something more is going on with the two of them. Bailey Patrick stars in the role of DC Rob Brady and Tori Allen Martin plays the young rookie DC Billie Fitzgerald. The four of them make up the elite crime-solving team. They each bring in different energy into the group.

London Kills Plot: What is it about?

With one of the most famous cities in the world as its backdrop, London Kills offers us drama in style. The main lead of the show is Detective David Bradford whose experience and brains make him the right choice for leader of the elite murder solving group. David suddenly returns to work to take over a new murder case of an MP’s son. The body of the deceased is found hanging from a tree with multiple stab wounds. DS Vivienne Cole is not very thrilled to hand over the case to DI Bradford, and we can see the dynamic between the two as she questions him about his sudden return. She knows more than she is letting on and the relationship between the two seems more than just professional.

Each episode has a new murder, but the central plot of the show is the mysterious disappearance of David Bradford’s wife. She has been missing for almost three months, and the brilliant detective is unable to solve this one case. He seems to think that she has simply gone away and is not ready to contact him, which gives us the idea that all was not well between them. Adding some fuel to this fire is Vivienne’s insistence that his wife must be dead. As each murder takes them into a deeper and bigger conspiracy, the disappearance of David’s wife seems to connect to the crimes.

Along with the senior detectives DI David Bradford and DS Vivienne Cole, the group comprises of DC Rob Brady and the eager but inexperienced trainee DC Billie Fitzgerald. It is impressive to see how their leader both inspires them and helps them to work as a team. The sinister nature of the crimes in the show will have you on the edge of your seat. The finale of season 1 ends with a twist which will leave you with the burning question, what happened to David’s wife?

In season 2, we find out that Amber indeed didn’t kill the detective’s wife. We finally also get to know how Carly had disappeared and what exactly happened to her.

This show won’t disappoint you if you are looking for a spellbinding crime thriller. The intensity of the show, thanks to its short run time of five episodes, will have you hooked. The show works on so many levels and does a great job of standing out in this genre. Yes, there are many great crime shows for you to stream but watch London Kills for its great backdrop of London city and the tight storytelling.

London Kills Season 3 Release Date: When will it premiere?

London Kills season 2 premiered on July 15, 2019. All five episodes were aired on the same day. After season 1 released February 25, 2019, the ending left us with several unanswered questions. After the shocking finale, viewers wanted to find out what happened to Carly Bradford. Well, we did get that answered in season 2, but at the same time, there are still a few questions lingering in our mind.

Whether the makers intended that way or do they have plans to make another season we don’t know yet. Our best guess is that if the show is renewed, London Kills season 3 can release sometime in 2021.

While we wait for news on season 3, check out the season 1 trailer to refresh your memories. You can watch all the episodes of season 1 and 2 on Acorn TV or even on Prime Video.