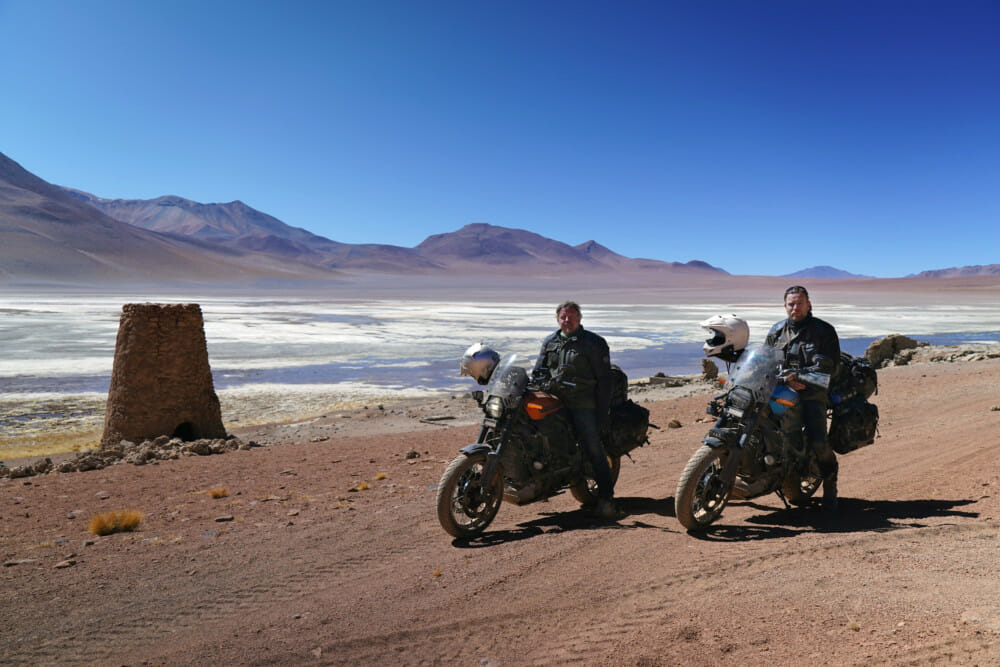 ‘Long Way Up’ is a travel documentary that landed as a breath of fresh air when most of us are cooped up inside our homes. Created as a follow-up edition of the 2004-released ‘Long Way Round’ and the 2007-released ‘Long Way Down’, it documents the motorcycle journey undertaken by bikers Ewan McGregor and Charley Boorman in 2019. The show follows the duo as they ride from Ushuaia and Argentina, in the South, to Central America, and then to Los Angeles in the United States.

Covering 13,000 miles across 13 countries, the pair completed the journey in over 100 days — from September 2019 to December 2019. ‘Long Way Up’ premiered with its first three episodes on September 18, 2020. We did hope that we could binge on all the episodes at one go. But sadly, we will have to wait for our studs on their Harley-Davidson beasts to return once again. So, without further delay, let us get straight to the details of the next episode.

‘Long Way Up’ Episode 4 is slated to release on September 25, 2020, at 3 am ET on Apple TV+. Following the three-part premiere, new, single episodes drop every Friday at the above time slot. The first season consists of a total of 10 episodes and is expected to wrap up with its finale on November 6, 2020.

The upcoming episode is called ‘The Andes’. It follows Ewan McGregor and Charley Boorman and their team as they double back into Chile. The crew reaches just in time to celebrate the grand occasion of the Chilean Independence Day. Following this, they gear up to ride up the Andes.

Where to Watch Long Way Up Episode 4 Online?

Sadly, it is highly unlikely that we will get ‘Long Way Up’ on Hulu, Netflix, or Amazon Prime Video. Live-streaming options are also limited. ‘Long Way Up’ airs exclusively only on Apple TV+. So the only way out is to subscribe to the platform. On a good note, Apple TV+ gives a seven-day free trial. You can watch shows on the service through the Apple TV+ app or Roku. Once the free trial is over, the subscription costs you $4.99 per month. Apple TV+ can be accessed via desktops, Apple TV, smartphones, or computers.

Episode 1, called ‘Preparation’, sees Ewan McGregor meeting up with his best friend and road trip buddy Charley Boorman. Following a life-threatening accident, the duo discusses their priorities. What is important in life? Finally, they decide that it’s time to do what they love the most – travel – on their bikes! They unite with the crew and map out the route of their journey — starting from Latin America, covering Argentina, Chile, Bolivia, Peru, Ecuador, and Colombia, up to Central America and Mexico.

The team next lands in Ushuaia as per the plan. This place happens to be located at the Southernmost tip of South America. In spite of heavy snowfall and dangers, they manage to ride ahead. Eventually, in the third episode, Ewan and Charley reach Southern Patagonia. Here, they decide to live in an eco-lodge while mingling with the locals, who live life off the grid.