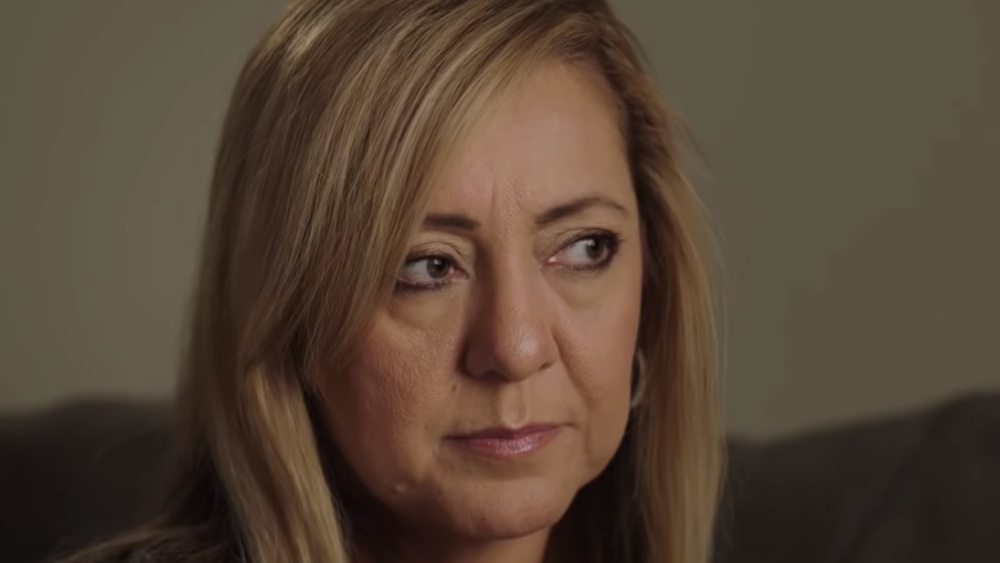 It’s been 25 since Lorena Bobbit was tried for cutting off her husband John Bobbitt’s penis in a fit of rage in the middle of the night. Prime Video’s documentary series Lorena that premiered on February 14, 2019, is a recollection of the events that transpired after the incident. It focuses more on the aftermath of her actions rather than her testimony of abuse that preceded the incident.

The docu-series directed by Joshua Rofé is probably the most intense case study of one of the biggest media frenzies of the year 1993 that is summed up as “Boy meets girl. Boy falls in love with girl. Boy marries girl. Girl cuts off boy’s penis.” At the time incident happened, there were several different talk shows and tabloids that tried to craft their own versions of what transpired in that household. The show, on the other hand, also tries to highlight deep-rooted issues like domestic abuse and sexual harassment.

The rather intriguing series is a product of Monkeypaw Productions and Sonar Entertainment and is executive produced by Oscar-winning director Jordan Peele along with a few others big names. It was launched on January 29, 2019, during the 2019 Sundance Film Festival as a part of the festival’s Special Events section.

Lorena Cast: Who’s in it?

Since Lorena is a documentary series, it revolves around the subjects of the documentary who appear as themselves to recount the mindboggling case of 1993. The series features interviews with the central figures in the narrative and also includes footage from the past to further the show. The cast comprises Lorena Bobbitt (now Lorena Gallo), John Wayne Bobbitt, Paul Ebert, Kim Gandy, Joe Biden, and Anita Hill, among others.

Lorena Plot: What is it about?

The documentary covers the event itself, and the court case that followed it to find out if Lorena was guilty or not guilty by reason of insanity and the social issues that the story raised. It features four hour-long episodes that investigate not just the crime that captured the attention of the media and public but also highlight the after-effects of the subsequent criminal trials through a brief history on the public debate around domestic abuse. Lorena provides us with an exhaustive approach at the case and how the world responded to the Bobbitt story in the early ’90s.

John Wayne Bobbitt and Lorena Bobbitt made tabloid headlines in 1993 when, after years of allegedly being raped, beaten and abused by her husband, on June 23, 1993, 24-year-old Lorena Bobbitt sliced off the penis of her husband, John Wayne Bobbitt, aged 26, while he was sleeping. The incident took place in a relatively small town in Virginia named Manassas situated around 30 miles to the west of Washington, D.C. She fled the house in a Mercury Capri clutching the penis in her hand and flung it out of the window, on her way to a friend’s house.

As Lorena’s trial resumed, all witnesses and public agreed she had been abused mentally and physically. But was she ethically insane when she attacked her husband? Lorena blamed John’s physical violence, saying he would beat her, and had sexually assaulted her on too many occasions and later forced her to undergo an abortion. She claimed that he also threatened to have her deported. John categorically denied all the allegations and blamed the unfortunate incident on Lorena’s greed. He stated, “Lorena was a good wife a lot of the time. But she was obsessed with having her “American Dream, her American Dream, her American Dream”—she said it all the time”. He claimed she hoped to get a US citizenship through him by staying married to him for five years.

People around the world remained glued to their screens as the fateful night arrived when the jury would announce their verdict. Would she be sentenced to years in prison for her crime? Or would she walk free? Her lawyers proved an exhibition of “irresistible impulse,” to get her acquitted.

Legally, the case ended up in a draw. Both John and Lorena were acquitted, which seemed to signify that the judicial system had given up on the case and simply couldn’t pin the blame on either of the two parties. It’s been 25 years since that fateful night, during which time John has been married several times, and Lorena continues to raise her voice for victims of domestic violence and seek justice for them.

Lorena Season 2 Release Date: When will it premiere?

Lorena released on February 15, 2019 on Amazon Prime after having its world premiere at Sundance Film Festival. As far as the next season goes, we don’t have an official update yet. If the release of the show has brought about a change in people’s recollection of the case and resulted in a revaluation of how the media and the crowd treats cases of domestic abuse and violence against women all over the world, then a follow-up season is warranted. There are other such cases that can also be explored in subsequent season. Our best guess is that if the show does get renewed, Lorena season 2 can release sometime in 2021 or later. Though, it is highly likely that we might never see another season of the show.  We will update this section as soon as we hear more.

While we wait for an update on season 2, check out the season 1 trailer to refresh your memories. All the episodes of season 1 can be streamed on Amazon Prime.