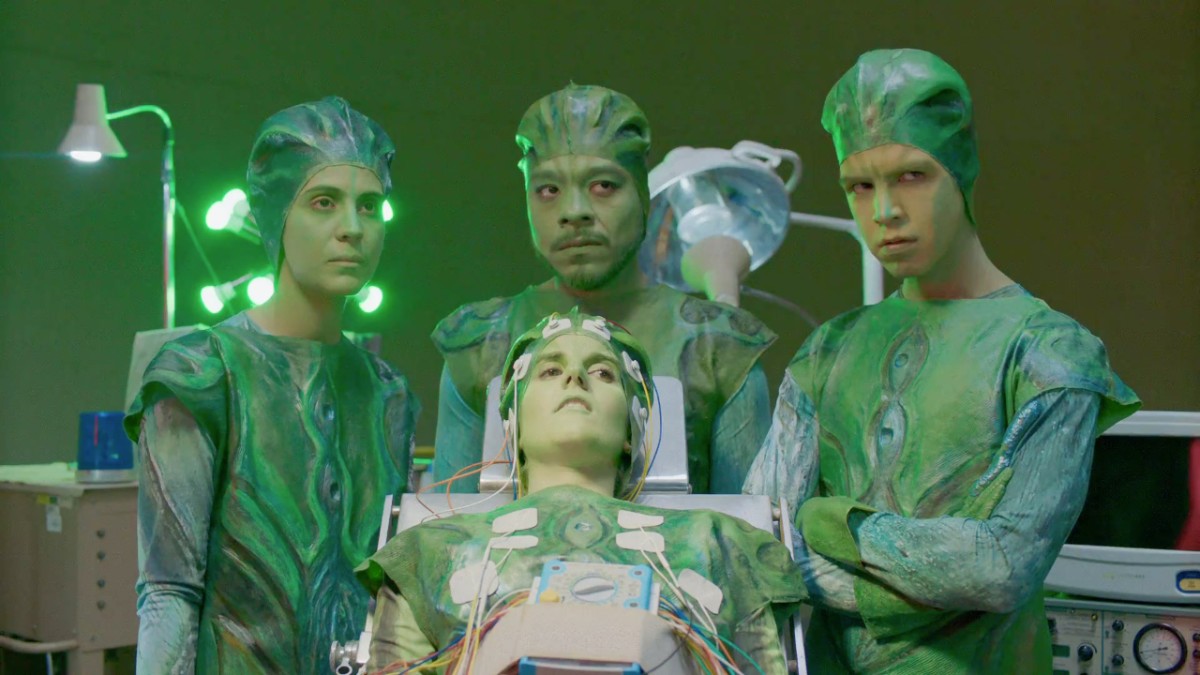 HBO is known for its ability to surprise audiences with the kind — and variety — of shows it produces. While we know the network for producing some really great dramas, let’s not forget that there are some great comedy shows on it as well. ‘Los Espookys’ happens to be one of them.

The show first premiered on HBO on June 14, 2019 and is more of a horror-comedy. Fred Armisen, Julio Torres, and Ana Fabrega are the co-writers of the show. ‘Los Espookys’ is produced by Broadway Video, Más Mejor, and Antigravico. Armisen along with Andew Singer and Lorne Michaels are the executive producers of the series.

Los Espookys Cast: Who is in it?

Besides writing and co-executive producing the series, Armisen also plays a major character in ‘Los Espookys’, Uncle Tico, who works as a valet, and has interest in supernatural stuff. Tico’s nephew Renaldo is played by Bernardo Velasco. Renaldo and his friends also find the concept of ghosts and spirits interesting, and their intrigue triggers a series of adventures. Ursula (Cassandra Ciangherotti), Tati (Ana Fabrega), and Andres (Julio Torres) are the other important cast members of the show.

Los Espookys Plot: What is it about?

Los Espookys centers around Renaldo and his group of friends, all of whom have an interest in the supernatural. Encouraged by Renaldo’s Uncle Tito, they decide to practice seances. They even stage exorcisms and hauntings. The adventures and strange situations these friends find themselves in is what makes the show fun.

The show first premiered at the ATX Television Festival in Austin, Texas on June 7, 2019. Armisen had this to say regarding the series: “One of the things that went around the time of the pitch was that it was the other side of Scooby-Doo. The part of Scooby-Doo we never get to see until the unmasking.”

What makes the show great are its characters, who all are also pretty interesting. Renaldo fearlessly pursues his interest in horror leaving everything aside. When it comes to horror, he is ready to do anything. Sometimes we see Renaldo organizing a horror-themed birthday party for his cousin, building a fake sea monster for tourists, or even performing fake exorcisms for a priest. His friend Andres is the son of a businessman who runs a huge business empire of chocolates. He is very interested in knowing the details of his shadowy past, all of which are very discreetly guarded from him. Ursula and Tati are two sisters. Ursula works as an assistant for a dentist but her main interest lies in the work she does with her friends. Tati is the test subject of the group and has to fit into various roles as necessary.

Each of the major characters is modeled after famous prototypes in the horror genre. Regarding his character Andres, Julio Torres said, “I was into the idea something that was half vampire and half C-3PO, like a little robot vampire“. Renaldo is modeled after the Wolf-Man, Ursula is staged like a witch, and Tati’s character has similarities with the famous Frankenstein monster.

Most of the dialogues in ‘Los Espookys’ are in Spanish. The makers revealed that this is because the series takes inspiration from the magical realism first used by the revered Colombian novelist, Gabriel Garcia Marquez. The show is very funny; the jokes are quite original, sharp, and they never seem out of place. Fabrega, who plays the character of Tati, has some hilarious dialogues, which are the best part of the show.

Los Espookys Season 2 Release Date: When will it premiere?

‘Los Espookys’ season 1 premiered on June 14, 2019 on HBO and came to an end on July 19, 2019. Fans of the horror-comedies, especially the ones who have grown up watching shows like ‘Scooby-Doo’ and ‘Courage The Cowardly Dog’, loved the show and its silliness.

The good news for the fans is that on July 25, 2019, HBO renewed the show for another season. Even though no release date was announced, we expect ‘Los Espookys’ season 2 to release sometime in June, 2020 . We shall update this section as soon as we have an official confirmation on the release date.

While we wait for ‘Los Espookys’ season 2, check out the season 1 trailer below. If you haven’t seen the show yet head over to HBO to catch all the previous episodes.