Lost Resort on TBS: Everything We Know 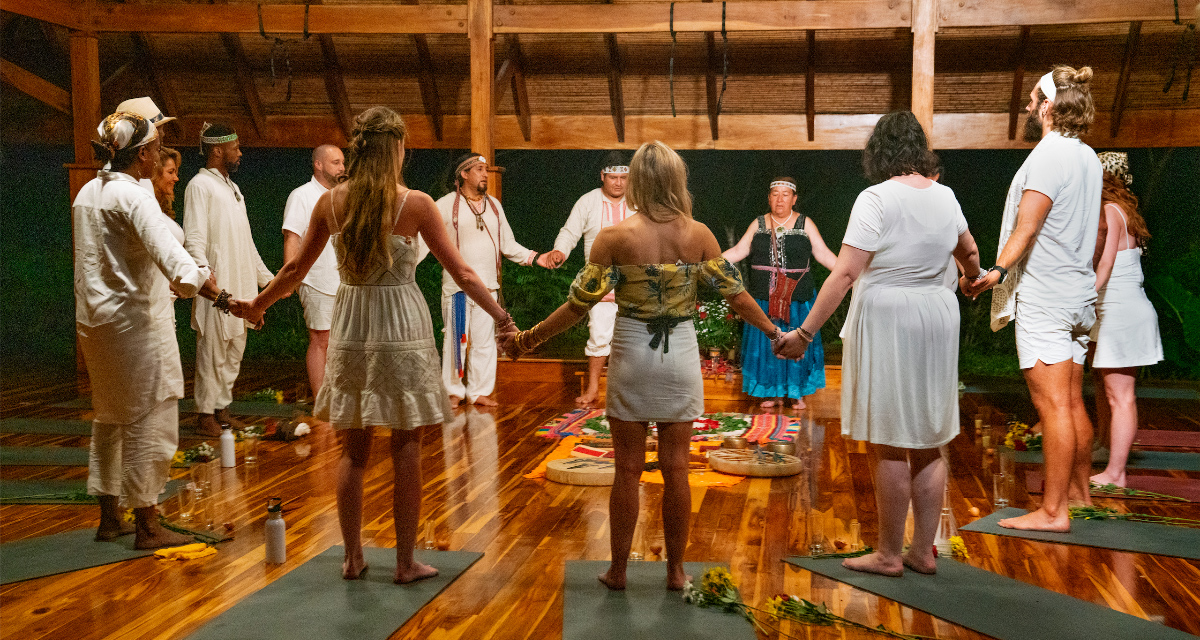 From the producers of ‘The Real Housewives of New Jersey’, we have a bizarre reality series that takes a deep look at the booming culture of wellness retreats. Titled ‘Lost Resort’, this social experiment introduces us to a bunch of strangers who are desperate to seek happiness at any cost. They are helped by a team of expert healers in their journey toward self-discovery. The show is set in the jungles of Costa Rica and is slated to drop on TBS. If you wish to know more about its cast and concept, we have you covered!

Lost Resort Cast: Who is in it?

Season 1 of ‘Lost Resort’ features nine guests who are on their search for spiritual healing while being guided by a team of colorful, eclectic healers. The energetic Chrissie Fire Mane has a background in shamanic psychotherapy, the Andean cosmological tradition, empowered motherhood, and healing. Atasiea, an LA resident, found his true calling when he embarked on the world of ecstatic dance. He can heal people through sound and movement. The co-founder of Ecstatic Dance LA is additionally a reiki master + channel and energy healer.

Joining the healers is NYC girl Oneika, the mindfulness coach at a prison in New York. She has over a decade of experience in her field. Benjamin is a veteran in alternative healing and is a wellness coach, who holds expertise in breathwork, yoga instruction, life coaching, and bodywork. Finally, Acqua, the founder of Sacred Orgasmic Dance, holds around 10 years of experience in shamanic sexual healing and Tantric modalities.

The nine participants in season 1 are Meco (a nanny and model from Marina), Vairrun (a Chicago firefighter and EMT), Greg (a performing artist from Kennett, MO), Thea (a 28-year-old Louisiana resident with a traumatic, abusive past), Brandon (a market sales manager), Becca (a Lutheran pastor in Philadelphia), Claudia (a woman from Miami Beach who has been in multiple relationships), Robin (the party girl from Dallas), and Christine (Robin’s daughter).

What is Lost Resort About?

‘Lost Resort’ gives viewers a real-time look into what actually goes on behind the walls of exotic wellness retreats. Set against the vibrant backdrops of the Costa Rican jungles, this reality show documents the world of ‘extreme spiritual healing’ through the eyes of strangers exploring alternative therapies. Some of the therapies shown in the first season include activities like rage rituals, vulnerability circles, and orgasmic healing, among others.

Of course, since the guests are from different backdrops, and are dealing with varied issues, the levels of drama are paramount. We also have a few hook-ups amidst the ‘treatments’ and rituals. Bringing in a mix of ‘Real Housewives’ and ‘Love Island’, ‘Lost Resort’ promises to be an entertaining watch!