Will There Be a Lost Tapes Season 4? 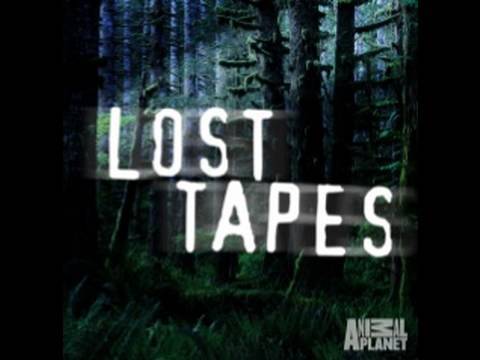 ‘Lost Tapes’ is a fictional horror series that first premiered on January 6, 2009, on Animal Planet. The show features cryptozoological, mythical, extraterrestrial and paranormal creatures and their encounters with people. These instances are really traumatic and chilling. The show is presented in a mockumentary style and inspired by real folklore stories. The show is produced by Go Go Luckey Entertainment.

Cryptozoology is a section of pseudoscience (statements, practices, and sense of belief that are both scientific and factual but are not compatible with actual scientific methods) that tries to prove the existence of cryptids, creatures whose existence are derived from folklore records.

These cryptids can be aquatic or semi-aquatic animals like Kraken (monstrous octopus), sea serpents, and so on; terrestrial animals like Chupacabra (goat sucker), Yeti (ape-like creature), among others; and winged animals like Mothman (man-sized bird), and Jersey Devil (Kangaroo-like bird).

The pop culture today is filled with such shows that are based on non-human creatures. There have been several dramas on zombies, vampires, aliens, and werewolves that have been widely liked by people, especially the youth. While those shows take a dramatic approach towards the subject, sometimes along the lines of romance and comedy, ‘Lost Tapes’ is a show that follows a more serious story-line, sometimes featuring footage that seems way too real.

The first season of the show is quite dramatic. It mostly features a person or a group of people stuck in dangerous remote places. Then later, we are introduced to the antagonist of the episode – the cryptid creatures. The season does not completely reveal the creature, but just the shadow or silhouette of it, that too in such a smart way that the audience can identify them, without actually seeing them. Thunderbird, a gigantic bird, killed many in one of the episodes of the season while Death Raptor and Chupacabra traumatized the people.

It is not until the end of the first season that a creature, Hellhound is shown completely in front of the camera. The second season, however, is more explicit about the creatures. The vampire and parts of the Jersey Devil are clearly visible to the audience in the episodes.

One of the most horrific scenes for many in Season 2 is when the Dover Demon is displayed clearly when the night vision is turned on. The following season obviously features more and more creatures vividly. While the audience finds creatures like zombies more convincing and real, creatures like Yeti, Kraken, The Serpent God, and Devil Moneky might appear fake due to low budget costumes and amateurish effects.

Sometimes, it is also seen that the creatures mean no harm to the people and in fact, are trying to protect or warn them about the nearby danger. There is no connection between the episodes, except for few episodes in Season 3. Once the story is revealed, the show features a segment where cryptozoologists, scientists, folklorists, and anthropologists try to explain the story, history, and myth associated with the cryptid creature.

‘Lost Tapes’ Season 3 premiered on September 28, 2010, on Animal Planet. The series ended its 10-episode long season on November 9, 2010. The show received a mixed response from the critics and the audience. John Scott Lewinski, writer on a famous blog network commented that the most part of the show is “outright bollocks” and even criticized Animal Planet for “repacking a horror/sci-fi show as an animal documentary”. He further added that the show would seem scary to “incredibly gullible people.”

On the other hand, Emily Ashby of Common Sense Media, an NGO that provides information to families to provide their children with safe media and technology, said that the show overall is “simultaneously scintillating and bone-chilling.” She even gave good reviews to the acting and a well-deserving 3 out 5 stars to the series.

The audience, however, in a world full of such advanced technology, was not convinced with many amateur displays of creatures. The show was still believable during the time it featured just the silhouettes and shadows of the creatures, but as soon as the series started screening the terrestrial and aquatic creatures explicitly, the show started losing its audience. Probably it was the lack of conviction, bad graphics, and animation, as well as inadequate technology that took away the realism from the show.

It is almost a decade since the show was last premiered. Since then, there has been no announcement about the renewal of the show. Keeping the mixed reviews and time gap in mind, it is safe to assume that ‘Lost Tapes’ Season 4 stands canceled.

However, there has been a great advancement in technologies over a decade. Also, there are many shows that reboot after a long period of time. What we are hinting at, is that there might be a very little chance of the show to reboot sometime in the upcoming future, but as of now, the show is most likely canceled.

You can watch the trailer below to give you an idea of what ‘Lost Tapes’ is about.