Love Alarm Season 2: Everything We Know 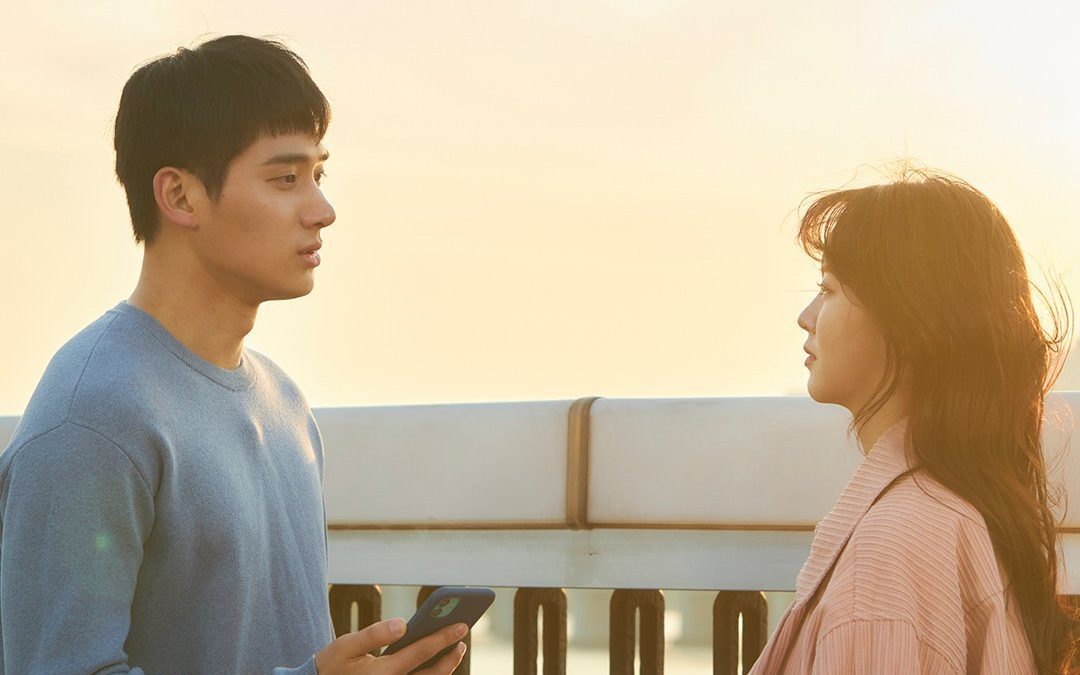 Based on the Daum webtoon of the same name, ‘Love Alarm’ is a South Korean romantic drama series. It revolves around three teenagers and how their lives are affected by the eponymous app, which notifies its users when someone having romantic feelings for them comes within a specific radius. Developed by Jiyoung Park, the series first premiered on August 22, 2019, on Netflix.

Since its debut on the streaming platform, the series has received a warm reception from critics and audiences who have praised the series for its technological twist on the classic love-triangle trope and exploration of themes such as growing reliance on technology, social media addiction, data protection, and privacy. The first season ends on a nail-biting cliff-hanger that has left fans of the series impatiently waiting for a second season. If you are looking for details about ‘Love Alarm’ season 2, here’s everything we know.

‘Love Alarm’ season 2 is slated to release on March 12, 2021, on Netflix. All episodes of the sophomore season will drop on the streaming platform on the same day. Netflix announced the series’ renewal for a second season in October 2019, just two months after its debut due to the show’s extremely high popularity. However, the second season’s production was heavily impacted by the COVID-19 pandemic, and the release date had to be pushed back after Netflix initially announced a release date of February 21, 2020.

On February 14, 2021, Netflix Korea announced the new release date for season 2 on their official Instagram account with the caption – “Valentine’s Day, We didn’t know what to give to you, so we brought it. Like a gift, Season 2 is coming. March 12th, on Netflix.” On February 23, 2021, Netflix Korea released character posters for season 2, followed by the release of the season 2 trailer on February 26, 2021. 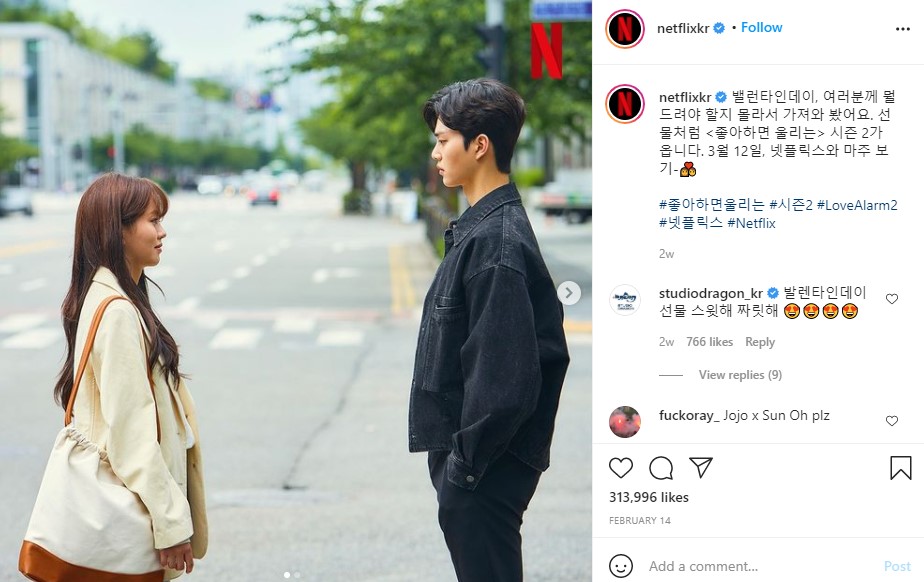 Love Alarm Season 2 Cast: Who is in it?

‘Love Alarm’ stars Kim So-hyun as Kim Jo-jo, a bright and cheerful young girl who is just starting to understand what it means to love someone. Song Kang plays Hwang Sun-oh, a handsome model who returns home after spending two years in America and is attracted to Jo-jo. Jung Ga-ram as Lee Hye-young, Sun-oh’s childhood friend who also has romantic feelings for Jo-jo. A script reading held on February 21, 2020, confirmed the three lead actors’ return for the second season. Character posters released by Netflix ahead of season 2 also reveal the return of Go Min-si and Kim Si-eun as the recurring characters Park Gul-mi, Jo-jo’s cousin, and Lee Yook-jo, Hwang Sun-oh’s girlfriend. Lee Jae-eung will most likely return as Cheon Duk-gu, the Love Alarm app’s developer.

Love Alarm Season 2 Plot: What is it About?

In the first season finale, Kim Jo-jo learns that both Hwang Sun-oh and Lee Hye-young are in love with her as the app triggers when they are in close vicinity of Jo-jo. The season ends before we can find out which one of the two Jo-jo chooses. Elsewhere, the new and improved Love App 2.0 is launched by its developer amidst heavy protests from the public against the app.

The second season will continue Jo-jo, Sun-oh, and Hye-young’s story, revealing who Jo-jo chooses to be with. Jo-jo’s decision will further push the two close friends apart as one of them is left heart-broken. Jo-jo will question whether she made the right choice, further complicating things between the three. In the second season, the series will also continue to deal with the Love Alarm app’s impact on people’s lives as the new version can now predict which person is likely to fall in love with you over time. Check out the exciting trailer for ‘Love Alarm’ season 2 to get a glimpse of what’s in store.