When Will ‘Love and Hate Crime’ Return to BBC3? 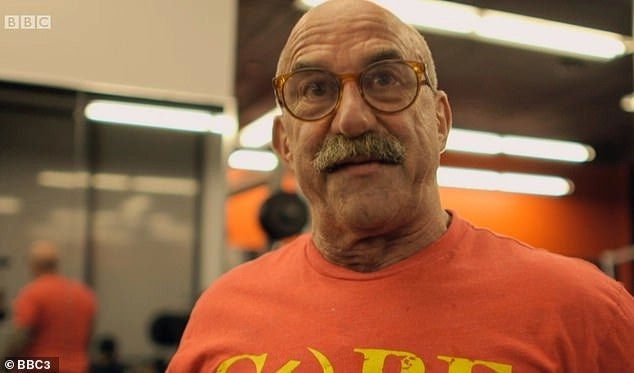 Criminology is a particularly enticing field for investigative journalism at large, and the bulk of most dailies’ second-pager or even headline scoops are derived on the shock value of crimes alone. Naturally, this same formula works for TV shows and producers.

They often use the innate thrills and chills derived from serial killers or homicides with mysterious circumstances, offering to steamroll the concept into a slew of true crime shows and detective shows that follow the structure of cop procedurals. The same can be noticed in the stodgy recreations of crime scenes in documentaries about the often-highlighted ‘crime of the decade’ ventures.

‘Love and Hate Crime,’ among BBC’s most ambitious 2018 attempts into the genre, falls under no strict category like this, as it is less about any individual crime or precinct scandal, and more about a study of the anatomy of hate crimes in the modern world.

As a three-part series, BBC Three conducts this study by exploring recent crimes in the US that were motivated by prejudice against race and sexual orientation – a grave topic that has never been more contextual in the wake of events like the Orlando shootings.

‘Love and Hate Crime’ first premiered on January 8, 2018, on BBC3 and was followed by three more episodes starting from October 29, 2019. Ben Steele returned as the director of the series for one episode of the second season while the other two are directed by Simon Gilchrist. Now the question is, will there be a ‘Love and Hate Crime’ Season 3? We will delve into that question, as we quickly look into the details of the series.

Love and Hate Crime Season 3 Release Date: When will it premiere?

‘Love and Hate Crime’ Season 2 premiered on October 29, 2019. When Season 1 first released on January 8, 2018, it was believed that the series wouldn’t return for another season since three-episode specials like this usually do not get a direct Season 2, and usually, are continued as renamed anthology series.

However, the show performed well in ratings and certainly did not lack in the source material for another season in the route it takes to explore. Therefore, another season of three episodes was commissioned and continued its streak with positive reviews and high ratings.

This goes to suggest that the show has the potential to continue for a few more seasons at least and BBC3 will be banking on the positive reception its two seasons have enjoyed so far. At any rate, the show has an excellent chance of returning but since it is yet to receive a renewal, and there has not been any news from BBC Three regarding a third season, the air dates for ‘Love and Hate Crime’ Season 3 remain unconfirmed. At this point, however, ‘Love and Hate Crime’ Season 3 is expected to release in early 2021.

Love and Hate Crime Cast: Who’s in it?

Like many of the modern documentary series in BBC’s roster, ‘Love and Hate Crime’ also dispenses with a dedicated narrator and instead, relatives of the victim and persons of interest fill in on the commentaries that transition from one shot to the next.

So the show does not have any recurrent cast at all to speak of, and as a two-season, three-part special, it only features said persons of interest, including the perpetrators, with the occasional field experts, officers, judges, lawyers, and attorneys (e.g., Judge Henry Wingate of the Federal Court in ‘Murder in Mississippi) chiming in for a one-on-one interview regarding the subjects at hand.

For its debut season, the show, therefore, featured Sarah Adalia Graves’ relatives in ‘Murder in Mississipi,’ whereas it is Jacob Heller, Adrian Loya’s lifelong friend, and forensic psychiatrist Martin Kelly who take up most of the screen time in ‘Killer With A Camera,’ for example. For this reason, the cast for the follow-up season (implying there will be any) would be difficult to predict until we get to know which cases will be covered in said season.

What is Love and Hate Crime About?

‘Love and Hate Crime’ is somewhat offbeat, in that it does not directly go for the coverage of prejudice-motivated mass homicides, of which there have been one too many in recent years. Instead, it goes the extra mile to look at how ingrained these prejudices are by highlighting seemingly isolated cases as hate crimes nonetheless.

The show covers the cases of Joshua Vallum, Sarah Adelia Graves, and Adrian Loya for the three-episode special Season 1. It touches the equally sensitive issues of mental health, bullying and honor killings in its second season and there are certainly many more cases that can be filed under that category, leaving ample material to pick up on, for the third season.

While waiting for further updates, you can instead get a sneak peek into the show here.