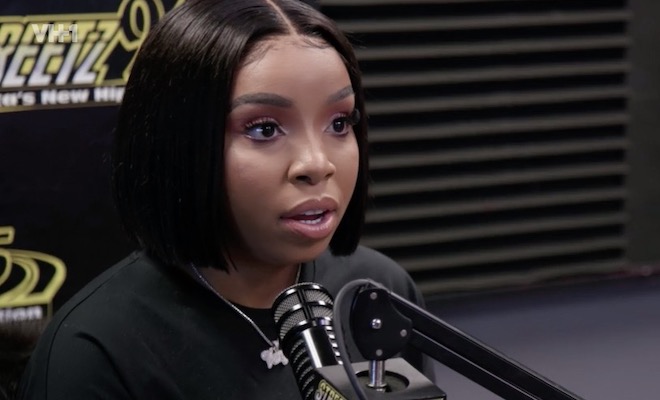 Love and Hip Hop: Atlanta season 9 dropped on March 16, 2020, on VH1, and brought with it the similar vibes of the flashy rap and reggae scene, which dominates the streets of Atlanta. We got to meet our favorite stars who are leaving no stone unturned to cement their legacies. There is also a bunch of newbies aiming to make it big in the empire city of the South.

The ninth season is fascinating in so many ways. We see relationships being tested, the stars celebrating some major achievements, and past traumas coming back to haunt the present. In the premiere episode itself, we witnessed the show laying the base for an incredible and eventful season — narrating a new era of hip hop in Atlanta.

Since its debut, the reality drama has aired four episodes to date — packed with twists, surprises, and important reveals. Episode 4, which aired this week, is equally noteworthy in multiple aspects. But before you jog your memory with a brief recap, read on to know about the next episode, i.e Love and Hip Hop: Atlanta Season 9 Episode 5.

Love and Hip Hop: Atlanta Season 9 Episode 5 Release Date: When Does it Premiere?

In episode 4, we learn that Mimi has been attending self-defense classes after a criminal tried to steal her car. She has a get-together with Karlie, Kiyomi, Spice, and Shekinah. Kiyomi reveals that she is no more in talking terms with Bow and says that she also ended up losing her baby because of the emotional turmoil. The two currently cannot meet because of restraining orders issued by the cops. She is also dating someone, whose identity she does not disclose as of now.

Scrapp and Shooter talk at a barbershop and discuss their lives when Cheyenne walks in. It is also revealed that Cheyenne and Shooter are dating but keeping it quiet. Although C wants to make the relationship public, S is not ready to open up yet. But he promises that he is over Sierra. Meanwhile, Akbar V concentrates on her rap career and she invites Bambi, Alexis, Tokyo, and Spice to one of her events.

Keisha arrives at a radio station to attend an interview with Joc. When she is asked if Akbar’s claims about being the Queen of Atlanta are true, she strongly disagrees. Coincidentally, Joc FaceTimes Akbar and as expected, an argument breaks out between the two ladies. Keisha walks out of the station. She is furious with the entire fiasco and does not agree to return and resolve the issue.