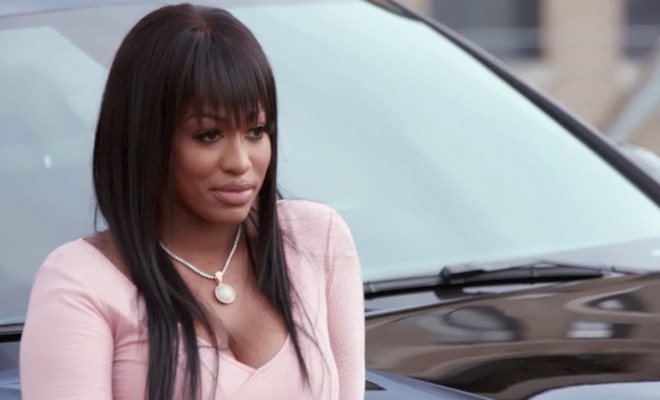 In this week’s episode of ‘Love and Hip Hop: Atlanta’, there’s a massive face-off between Cheyenne, Kiyomi, Scrapp, and Shooter. Things are not going well for Sierra as well, who learns what BK Brasko does when she is not in town. Even Shekinah and Spice have a showdown on their ski trip. Well, we will cover all the details of ‘Black Diamond’ in our recap section. But before that, read on to know about the next episode, i.e ‘Love and Hip Hop: Atlanta’ Season 9 Episode 8.

Love and Hip Hop: Atlanta Season 9 Episode 8 Release Date: When Does it Premiere?

In episode 7, Shooter and Cheyenne continue with their argument at Joc’s restaurant. Cheyenne even points out that Kiyomi had been sleeping with Scrapp. Later, Kiyomi clarifies that she had never crossed her line with Scrapp. It was only flirting. Shooter accepts and decides to move past the accusation. Cheyenne then confronts Scrapp about why he had not told her about Kiyomi. Scrapp tells her that he had no idea about this whole scenario.

Karlie and Sierra have a heart-to-heart conversation during their ski trip. Karlie confesses now Arkansas Mo. had cheated on her and how Sierra was absent during her bad times. Sierra offers her apologies. They finally hug it out and decide to resume their friendship. In another scene, Sierra gets into a clash with Shekinah and Spice. Bambi cannot take all the drama and says that she wishes to go back home.

Kiyomi and Erica Mena meet up and the former gives Erica a gift for her baby. They then discuss Kiyomi’s relationship with Shooter. Kiyomi explains that Cheyenne isn’t her type and she does not want her in the bedroom with Shooter. On the ski trip, the ladies go on a Ferris Wheel. In another scene, Sierra’s friend Tiffany Fox calls her. She learns that BK was hanging out with another girl in her absence. This causes a huge argument between BK and Sierra. Sierra tells the other women that BK also has a secret social media page and she is done with him.

Cheyenne tells Shooter that it was his duty to tell her about Kiyomi. Shooter later informs Cheyenne that Kiyomi has already taken her place. This leads to another round of clashes between the two ladies. They are almost close to hitting each other once again but are restrained by security.

Read More: When Will Hip Hop Evolution Return on Netflix?