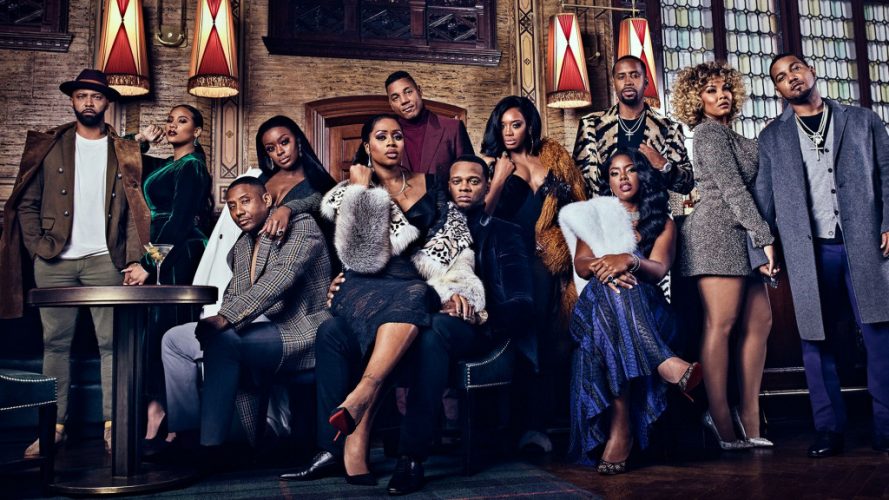 The show is directed by David Wolfgang and Josh Richards. It all started in 2006, when Jim Jones, the rapper, approached the executives of VH1 with a reality TV concept that revolved around himself. After a lot of thread pulling, VH1 finally made its first announcement about the release of the series under the title, Diary of a Hip Hop Girlfriend. Later, on March 6, 2011, it premiered under the name Love & Hip Hop.

Since its launch, the series has spawned nine successful seasons. Now, the question arises, will there be a ‘Love & Hip Hop: New York’ season 10? Let’s find out.

Since its inception, Love & Hip Hop: New York has undergone a variety of changes in its cast and almost all of its original cast members, with the exception of a few, are no longer a part of the series. It begins with four women, two of whom are girlfriends of rappers Jim Jones and Fabolous, and the remaining two are aspiring recording artists by the names Olivia and Somaya Reece. As the series progresses, managers, RJs, DJs, publicists, producers and stylists, PR teams, etc are included in the cast.

Season 10 witnesses many OGs from previous seasons making a comeback. We meet Remy Ma, a rapper from America who got discovered initially by Big Pun. She was once a member of Fat Joe’s group of Terror Squad, which made her prominent in the field. She has been one of only five women rappers to top the Billboard Hot 100 chart ever and also won the BET Award for Best Female Hip-Hop Artist twice, becoming one among only three multiple winners of the same.

Rema is accompanied by her husband Papoose. Papoose (Shamele Mackie) is an American songwriter and rapper who began producing his mixtapes and distributed them in the early 2000s. He met DJ Kayslay, who helped him to sign a contract with Jive Records, of $1.5 million. His debut studio album was The Nacirema Dream. He then shot to fame, releasing numerous mixtapes of underground hip-hop. He was able to release his first independent album on March 26, 2013, by securing a deal with Fontana Distribution.

Joe Budden, short for Joseph Anthony Budden II, is a multitasker, being a broadcaster, rapper, and songwriter from America. His debut studio album which made him grab the eighth position on the Billboard 200 was ‘Pump It Up’, selling over 95,000 copies within just a week. It was his most successful solo album with commercial value. He is currently signed to Empire Distribution. Season 10 gets interesting as it also sees two of Budden’s ex-flames, namely, Cyn Santana and Tahiry Jose.

Juelz Santana or LaRon Louis James is an actor and a rapper from America and is one of the members of ‘The Diplomats’, an East Coast hip hop group. He has worked in ‘Oh Boy’, ‘Hey Ma’, of Camron’s 2002 singles and also in ‘Run It’ by Chris Brown. He has released albums of his own which are, ‘From Me To U’ and ‘What the Game’s Been Missing!’.

What is Love & Hip Hop: New York about?

The series features both the personal and professional lives of its cast, predominantly women, in and around New York, who make a living out of pursuing a career in hip hop music in a male-dominated society. The show is quite suitable for music lovers who wish to know more about their hip hop stars personally and professionally. Although its focus cast members are women, the show also features men who have their individual storylines and an equivalent screen time as the women.

In season 10, the theme of the series is “homecoming” and that’s why we see a major chunk of the original stars making a comeback. In fact, this season records the largest number of stars since the debut of the show. Safaree and Mena’s marriage story and their expecting child are explored in the new episodes. We also get to witness the saga of Budden and Santana’s engagement, leading to parenthood and then to a messy break-up. On the other hand, Kimbella is seen dealing with her third pregnancy with Juelz Santana while wrapping up a foreclosure for their mansion in New Jersey. Lampkin and boyfriend Jim Jones have their own issues to deal with.

Although ‘Love & Hip Hop’ might seem like a show that’s full of glitz and glitter, it is about individuals who face similar issues like us. Executive producer and Monami Entertainment CEO, Mona Scott-Young, expressed her views about the series, saying, “There’s a tendency to think that people who have some measure of celebrity live a completely different life and it’s all glitz and glamour, and there’s something self-affirming and unifying in the idea that, wow, they go through the same things that we do.”

You can watch the season 10 trailer of Love & Hip Hop: New York here. All the episodes of previous seasons are available on the show’s official website.