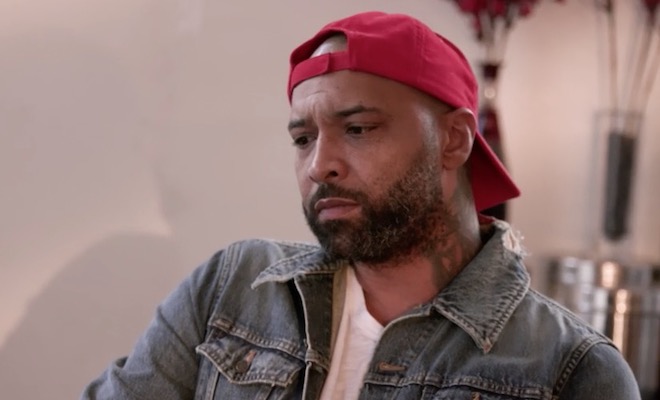 ‘Love and Hip Hop: New York’ season 10 has been one hell of a ride to date! In last week’s episode, we see the humane side of Jonathan and heave a sigh of relief that maybe, for once, we will have a peaceful flow of events.

But all hell breaks loose at Jonathan’s slumber party when Kimbella and Yandy get into a fight, which involves throwing drinks and the security having to enter to restrain the two ladies. And this week, the drama continues right from here!

Well, after airing 11 episodes, the show is now all set to release its next episode. Here’s all we know about ‘Love & Hip Hop: New York’ season 10 episode 12.

The show returns one week after the 11th episode of the season was aired. ‘Love and Hip Hop: New York’ follows a weekly format with each new episode slated to be released every Monday.

You can watch the 12th episode of the 10th season of ‘Love and Hip Hop: New York’ by tuning in to VH1 on the timeslot mentioned above. Moreover, the episode can also be streamed on VH1’s official website or mobile app with a valid cable provider’s login.

After the face-off between Yandy and Kimbella, the former is led out of the party. Both women swear that they will never be friends again. Cyn and Jonathan discuss this drama and the latter reveals his shock over the whole incident. Cyn also informs that she and Joe are attending therapy.

On the other hand, Erica and Safaree visit a doctor in order to check the results of an ultrasound of their baby girl. The couple is very emotional and Safaree says that he is ready to forgive Tahiry and tells that he will invite her to their baby shower. Cyn, Somaya, and Kimbella get together at a spa. Chrissy joins them after getting Kim’s invitation and the two also discuss the blowup at the party.

Joe and Cyn converse about Tahiry with the former saying that he has no involvement with her. They also agree about attending the baby shower together. Yandy meets Somaya and Rich, where Somaya invites the other two to her upcoming healing and tea party. Meanwhile, Papoose holds a discussion with Safaree and PHresher about Remy’s legal struggles.

In Erica and Safaree’s baby shower, Cyn arrives with Joe. But when she witnesses Joe talking with Tahiry and even kissing her on the cheek, she storms out. Erica and Cyn then meet up to discuss the drama, after which they are joined by Tahiry. The latter asks Cyn if she is sure of Joe being honest about himself.

At Somaya’s tea party, Kimbella and Chrissy arrive together, followed by Yandy and Jonathan. There are a few healing exercises but Yandy leaves because she is not ready to forgive Kimbella yet. Remy and Papoose reach court. The episode ends here. We will have to wait until next week to see how the legal battle plays out for Remy.