When Will Love Death+Robots Season 2 Premiere on Netflix? 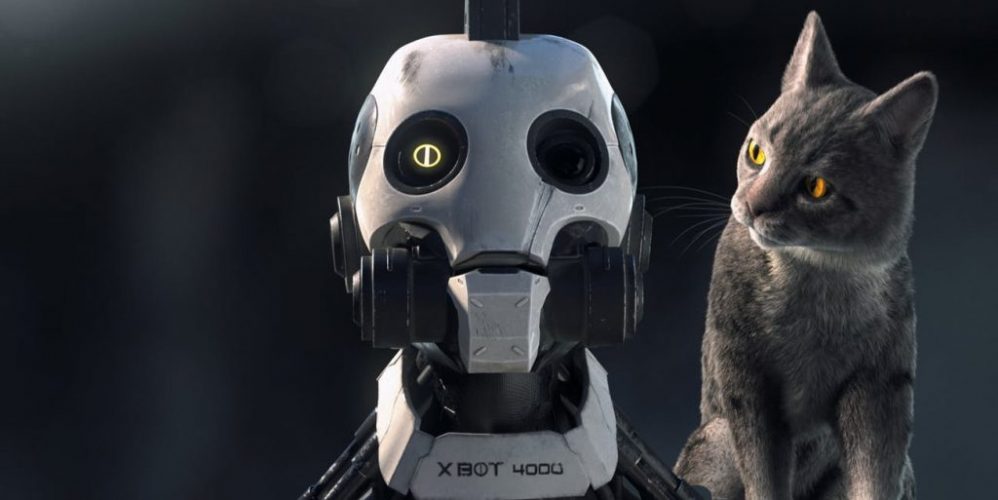 David Fincher, the hugely popular and critically acclaimed director of movies like ‘Fight Club’ (1999), ‘Se7en’ (2007), ‘Gone Girl’ (2014) and others, was the first of the great filmmakers to have stepped into the television industry when Netflix first launched. He is the creator of Netflix’s first-ever original show, ‘House of Cards‘ (2013-2019). Fincher has gone on to be associated with another Netflix original called ‘Mindhunter’ (2017-) which has also been acclaimed equally by the audience and the critics. ‘Love, Death+Robots’ is another great addition in Fincher’s repertoire.

The tagline for the show is: “Sentient Dairy Products, Rogue Werewolf Soldiers, Robots Gone Wild, Sexy Cyborgs, Alien Spiders And Blood-thirsty Demons From Hell Converge In An 185-minute Genre Orgy Of Stories Not Suitable For The Mainstream…” This makes it clear that what Fincher attempts this time is unlike anything we have seen before. Those who have seen the show know that it is an over-the-top cyberpunk fest, which while showing sentient dairy products and werewolves, also makes commentary on issues pertaining to the modern world where technology and algorithms are slowly starting to become the things which govern human life.

David Fincher has always been someone who has always tried to push the boundaries. When he made ‘House of Cards’, it was the first time an original series was being screened on a streaming platform. The show went on to achieve huge success due to the great writing and phenomenal performances by Kevin Spacey and Robin Wright. ‘Mindhunter’ also left the audiences jaw-dropped when it dealt with how the word and concept of ‘serial killer’ came into being and again had some pretty solid performances to back it up. As far as Love Death+Robots goes, it has created its own cult following.

Love Death Robots Cast: Who is in it?

While Fincher and Miller are the creators of the show who conceptualized the whole thing, various animators from all across the world have been a part of the project who have helped bring the whole thing to life. It is a postmodern take on our times and the future that is coming.

And since the show is animated, it is has a rainbow of all sorts of weird characters. Some of the primary cast members are Mary Elizabeth Winstead, Gary Cole, Chris Parnell, Omid Abtahi, John DiMaggio, Christine Adams, Josh Brener, Jill Talley, Hakeem Kae-Kazim, Nolan North, Elaine Tan, Aaron Himelstein, Samira Wiley, Stefan Kapičić, and Topher Grace, among others. We don’t have an update regarding which new stars will be joining the second season. But we expect to see a host of the original actors as well as multiple new faces joining the crew.

Love Death Robots Plot: What is it about?

Collaborating with Fincher in this expedition is the director of ‘Deadpool’ (2016), Tim Miller. The short films cover a variety of adult topics including racism, government, war, free will, and human nature. It is a scathing commentary on the social conditions pertaining to us right now. The show may remind some fans of the 2003 anthology called ‘The Animatrix’ which took inspiration from the famous Matrix series.

Each short has a unique animation style: from traditional 2D to photo-real 3D CGI. The series draws inspiration from the eclectic and provocative comic book material from the 1970s that influenced both Miller’s and Fincher’s formative interests in storytelling. In one of the stories, ‘Alternate History’, an animated version of Adolf Hitler dies in various forms of gruesome manner. The story called “Fish Night” sees two salesmen take a voyage to the dawn of time after their car breaks down in a desert.

The story “Ice Age” stands out as well. It is about a couple finding an entire lost civilization inside the freezer of the new apartment they have moved into. Cyborg thieves pull off a heist in the story called “Blind Spot”. We also see three robots out on a tour of the world post the apocalypse. Another story called “The Witness” is very interesting as well in which a woman travels across a surreal city after she witnesses a murder and runs from the killers. When the makers talk about sentient dairy products, they mean the story “When The Yogurt Took Over”, where super-intelligent yogurt built by a group of scientists wants to dominate the world.

What will the next season be about? Your guess is as good as ours. More crazy stories told with style and panache.

Love Death Robots Season 2 Release Date: When will it premiere?

As far as the next season goes, we have good news for the fans. On June 10, 2019, Netflix announced the renewal of the show. Jennifer Yuh Nelson (Kung Fu Panda) joined as the supervising director for the second season and would be overseeing all episodes

Even though no release date has been announced, we expect Love, Death+Robots season 2 to premiere sometime in March 2021. We will update this section as soon as we hear more.

While we wait for Love, Death Robots season 2, check out the season 1 trailer to refresh your memories. If you haven’t seen the show yet head over to Netflix to catch all the episodes of the previous season.