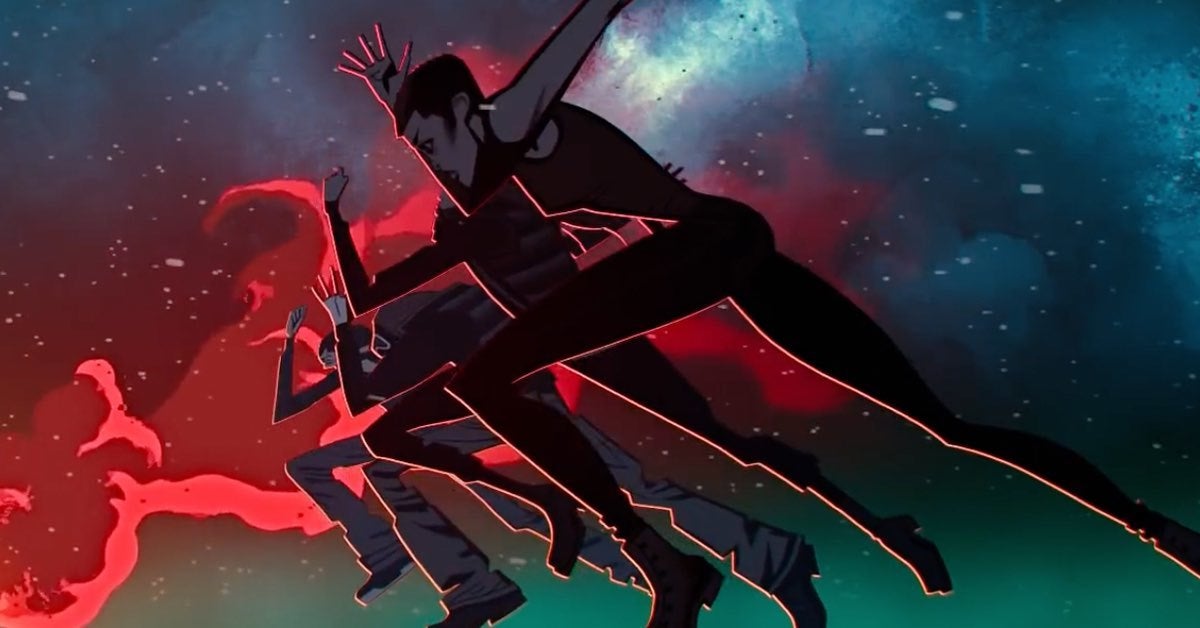 ‘Love, Death & Robots’ or ‘LOVE DEATH+ROBOTS’ is an adult animated series on Netflix that shares different stories with stand-alone episodes that vary in genre ranging from horror, science-fiction to dark comedy. Created by Tim Miller, the anthology series originally released on March 15, 2019. It is a reimagination of the 1981 science fiction film ‘Heavy Metal.’ The Emmy Award-winning series has garnered a positive response from viewers and critics alike for its diverse animation and storytelling styles. Since each episode tells a different story, it keeps the viewers hooked with anticipation.

However, several critics have called it out for its overpowering male gaze. Despite that, the series has amassed a massive fan following. Apart from the Emmys, the anthology series has also won numerous awards, such as the British Academy Scotland Awards and Annie Awards for its editing, animation, music, and production design. The short episodes make it easier to binge, and before you know it, you are left wanting more. If you are one such fan, you must surely be awaiting news on the third season. Therefore, what we know will interest you!

‘Love, Death & Robots’ season 2 landed in its entirety on May 14, 2021, on Netflix. The second season has eight episodes with a running time of 7-18 minutes each.

As for the third installment, here is the scoop. On April 19, 2021, the network announced the third season, ahead of the premiere of season 2. Although an exact release date has not yet been disclosed, the official trailer for season 2 revealed that the third edition will arrive sometime in 2022. However, this clarifies that fans won’t have to wait as long as they did for the second outing, which arrived after a gap of more than two years.

As we know, animated films and series are easier to produce during the ongoing pandemic as it is possible to work on them remotely. This also means that the team does not have to spend time on quarantining, testing, and filming as they would for live-action productions. In an interview in April 2021, the series creator Tim Miller and director Jennifer Yuh Nelson shared that they have big plans for the animated series. They shared that the third installment is already in the works, and they have enough story ideas for a fourth season as well.

In relation to the future of the show, Miller told IGN, “Why would we stop doing this as long as they [Netflix] let us continue to do it?” Naturally, this is music to the fans’ ears since they will keep getting more seasons of their favorite show if it meets the renewal criteria for the streaming platform. It has been reported that similar to season 2, the third season will also have eight episodes, and different animation studios will produce them. If the show follows the established release pattern, fans can expect ‘Love, Death & Robots’ season 3 to release sometime in Spring 2022.

Love, Death & Robots Season 3 Plot: What can it be About?

The second season features eight stand-alone episodes. In one of the episodes, we see a pair of siblings waiting for their presents from Santa on Christmas Eve, but that soon turns out to be a nightmare when they learn who delivers it. Another episode sees two brothers experiencing life differently since one of them is genetically “modded” and one is not.

The last episode of season 2 highlights the cyclical nature of birth and death and what it means in the larger experience of humanity after a body of a giant washes up on the beach of a small town. Therefore, the third season will bring a new set of fascinating stories that revolve around the titular themes of love, death, and robots, each unique in their visual presentation.