Love in the Moonlight Season 2: Premiere Date and Cast 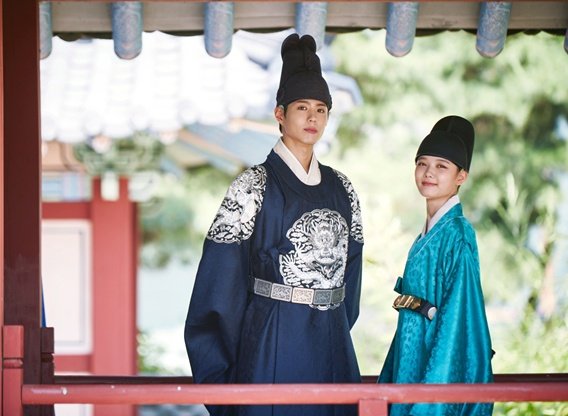 South Korean dramas have been flooding the global market of film and television for quite some time now. Fans love the attractive actors on these shows, and in addition to that, the overall presentation of these dramas coupled with their delicate storylines is very pleasing.

Amongst all these, the most successful are the ones dealing with coming of age romances. ‘Love in the Moonlight’ is such a drama, which is set in the 19th century Joseon era. It is an extravagant piece of art in terms of both content and performance.

‘Love in the Moonlight’ Season 1 remains well-loved among fans, who are now wondering about whether the show will have Season 2. We are here to delve into that, right after we share the show’s details.

Love in the Moonlight Cast: Who is in it?

‘Love in the Moonlight’ is a popular South Korean romance TV series, which really sets the path of Korean dramas to the wider crowd. It casts the versatile Korean TV actor, Park Bo-gum. He is most known for his sundry roles in ‘Hello Monster‘, ‘Reply 1988‘ and ‘Encounter’.

He is one of the most celebrated actors in the Korean industry. He holds many records like – being the youngest artist to be named Actor of the Year by Gallup Korea, and the first actor to top the Korea Power Celebrity list by Forbes. He plays the Crown Prince Lee Yeong of the Joseon Dynasty. He flaunts his versatile acting skills, in portraying Yeong, which earned him several awards for the role, including a Best Actor nomination at the Baeksang Arts Award.

His eunuch Hong Ra-on is played by another famous South Korean actress Kim Yoo-Jung. She is known as a child artist and for teen shows like ‘Dong Yi’, ‘Moon Embracing the Sun‘, and ‘May Queen’. She has also hosted the music show, Inkigayo, from November 2014 to April 2016. She is a very popular artist with loads of ‘nicknames’. She was ranked 8th on Forbes Korea Power Celebrity list in 2017 – the youngest to be included in the Top 10.

The series also casts singer, record producer, and actor, Jung Jin-young, professionally known as Jinyoung, in the role of Kim Yoon-sung, a friend of the Crown Prince.

ChaeSoo-bin, Kwak Dong-Yeon, Kim Seung-soo, Seo Jeong-Yeon, and several others play supporting roles in the series. The actors do a fine job of entertaining the viewers. Most of them are funny, thus setting the overall mood to be fairly cheerful.

Love in the Moonlight Plot: What is it about?

‘Gureumi Geurin Dalbit’, or better known as ‘Love in the Moonlight’, is a South Korean coming of age romance TV series based in the 19th century Joseon Dynasty. The series is adapted from the famed novel ‘Moonlight Drawn by Clouds’ written by Yoon Yi-soo.

The first season of the series follows the Crown Prince Lee Yeong as he comes of age. He is the sole heir to the throne and is hence disliked by the servants. He falls in love with the disguised the eunuch Hong Ra-on, who was raised by her mother as a boy. She is popular and well equipped with the knowledge to survive through any difficulty in life. Under the disguise of Sam-nom, she works as a relationship counselor and advises men on dating. She also writes romance novels under the same disguise.

On account of writing a love letter for a client, she comes across the Crown Prince Lee Yeong. Ra-on is unaware of him being the Crown Prince, and he does not know that Hong Ra-on is a woman. They eventually fall in love with each other, and Hong Ra-on becomes one of his eunuchs.

The series is interesting and funny enough to keep the viewers fixated on the series. The show deals with real characters from history but the accounts are highly fictionalized. Hence, it is better to not delve into the historical representation of the era.

Instead, the series implies a very satisfying romance. The leading characters are attractive and funny, the story is simple yet interesting, the music is beautiful and addictive, and even the costume and the sets are a treat for the eye. ‘Love in the Moonlight’ is indeed a very captivating romance for the coming of age crowd.

Love in the Moonlight Season 2 Release Date: When will it premiere?

‘Love in the Moonlight’ Season 1 premiered on August 22, 2016, on KBS2 and ran till October 18, 2016. The series got positive reviews from the critics as well as the audiences. It was well-received for its brilliant production, performance as well as music. The series doubled its premiere ratings in its third episode. It became the highest-rated TV show of the KBS network’s Monday/Tuesday drama since 2010. It even topped viewership ratings in the Philippines.

The show became so famous, that the media began calling its popularity ‘Moonlight Syndrome’. Of course, the fame of the actors (especially of Park Bo-gum) helped the show’s popularity.

Love in the Moonlight Trailer:

Check out the trailer for ‘Love in the Moonlight’ Season 1 to get an idea of the show.