Love Is Blind Season 2: Everything We Know 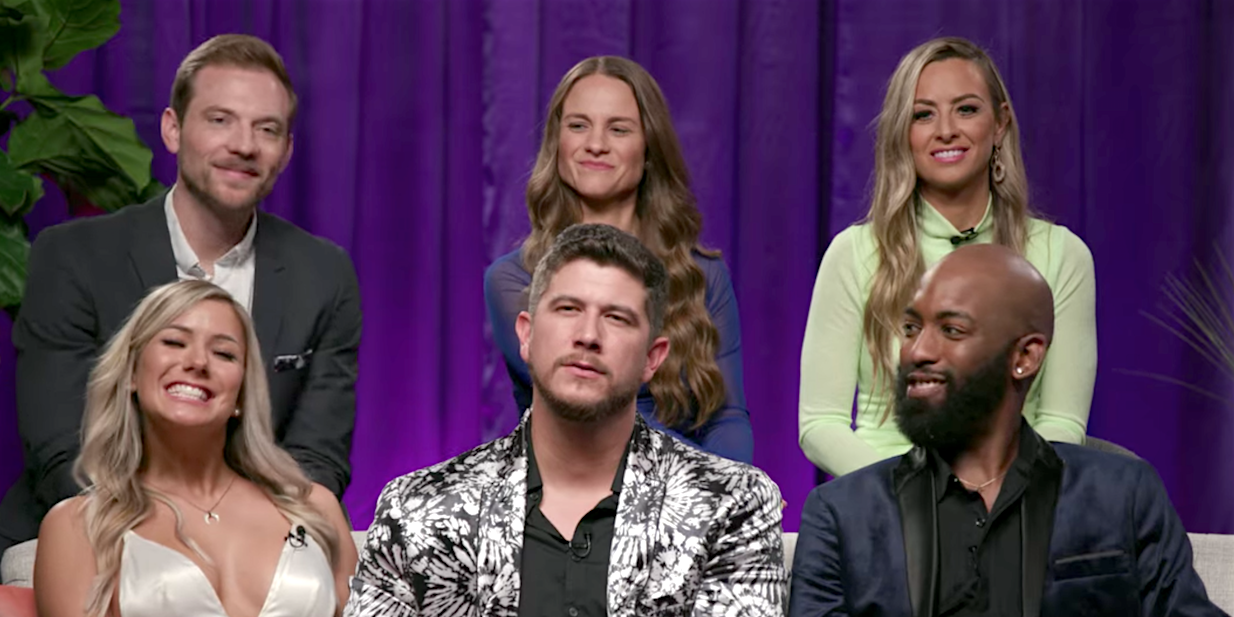 If you are looking for guilty pleasures, you may often find reality shows a satisfying experience. ‘Love Is Blind’ can easily be counted in as one of those. Created by Chris Coelen, ‘Love Is Blind’ is a dating reality show where singles sign up to find love based on who they are rather than what they look like. This unconventional approach to modern dating features people who bond romantically before meeting face to face. Despite getting a mixed response from the critics for its “toxic” but addictive nature, it was the most popular show on Netflix in February 2020. Wondering if the series will be back for another season? Well, we’ve got you covered!

We’ve got some good news regarding season 2! Netflix renewed the show for its second season on March 24, 2020, but we are yet to hear about the exact release date. Since the show made a casting announcement for season 2 in March, we believe that the season commenced filming once the industry resumed production after the shutdown caused by COVID-19. So, in all probability, we can expect ‘Love Is Blind’ season 2 to release sometime in or after mid-2021.

The experiment isn't over… Season 2 of Love is Blind is now casting, are you in? https://t.co/HmAZq4w3MQ pic.twitter.com/Gs25a1f22Z

The fans will be happy to know that Chris Coelen sees the show as a long-running one with possibly 12 seasons or more. On that note, we can confirm that the show has also been renewed for its third installment.

The show is hosted by the real-life couple Nick and Vanessa Lachey. Nick’s music video, “What’s Left of Me,” was the beginning of their relationship, although the two had been friends for a few years before that. The couple finally tied the knot in 2011. Nick Lachey is an actor, singer, TV personality, and host known for the reality series ‘Newlyweds: Nick and Jessica.’ You may recognize him from ‘Charmed,’ ‘The Hard Easy,’ ‘Dancing with the Stars,’ and ‘The Sing-Off.’ Vanessa Lachey was named Miss Teen USA in 1998. She is an actress, model, and television personality and host. Her notable works include ‘Dads,’ ‘Dancing with the Stars,’ ‘Call Me Kat,’ and ‘A Twist of Christmas.’

The contestants for the show are chosen through an open casting call. The production team ensures that the contestants are “genuinely interested” in the commitment that the show offers and are not just there for attention. In season 1, we see thirty contestants from Atlanta, Georgia. But the second season will probably feature new participants from Chicago, Illinois.

What can Love Is Blind Season 2 be About?

In season 1, we meet 30 singles looking for love. For 10 days, men and women date one another in a speed dating format. The catch is that they have to remain in their individual “pods,” from where they can talk but not see each other. If the participants feel like they connect with someone, they may propose to them. But the couple can only see each other after they get engaged. This is followed by a retreat where the couples get to know each other better. After the trip, they move in together and meet each other’s families. The wedding day is when the couples decide if they want to go ahead with their relationship or part ways.

Season 2 will take the show to Chicago, Illinois, as we will see a fresh set of people going through a similar process. Chris Coelen shared that the reason they choose participants from the same place is that distance is not a factor when selecting a partner. They want to ensure that participants get an honest shot at a fulfilling relationship. A new aspect that we may see in the second season is the age factor, which means that there may be contestants from different age groups. You may remember that in season 1, the age demographic ranged from mid-twenties to mid-thirties. Therefore, more drama and surprises can be expected as the singles go through their exciting journey for love.