Will There be a Love Is_ Season 2? 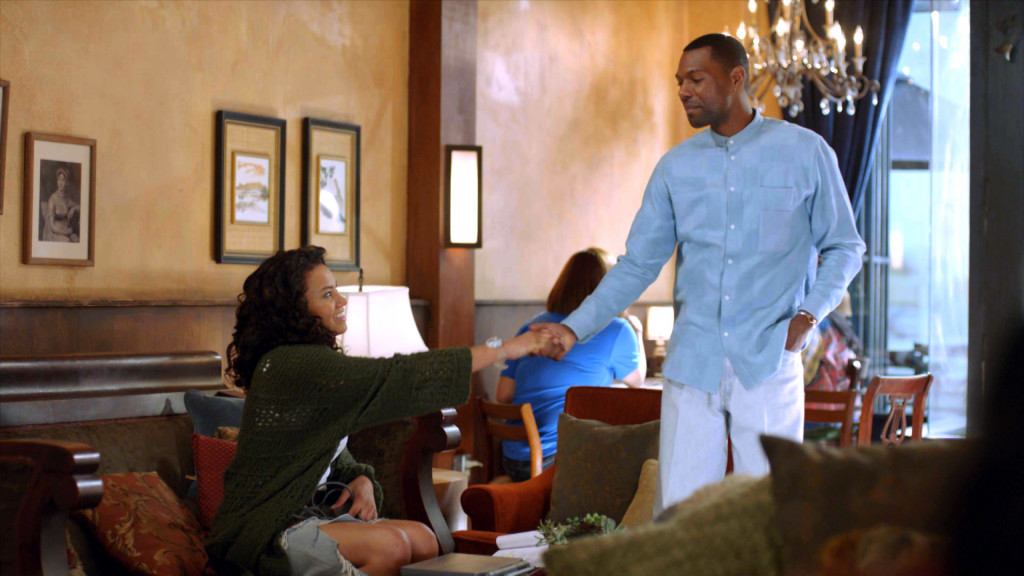 The drama series Love Is_ premiered on the OWN (Oprah Winfrey Network) in June 2018. The series is the brainchild of Mara Brock Akil and Salim Akil. The duo also produces the series and bases it on their real-life relationship.

Understandably, the story revolves around a black couple who makes a name for themselves in Hollywood. The story tracks down the past experiences of the couple and how they struggle during their early days to gain unprecedented fame in Black Hollywood. At first, the series was pitched to ABC as a comedy series. During that time, the title of the series was destined to be ‘Documenting Love’. However, due to unresolvable creative differences, the show fell out of ABC and on July 18, 2017, OWN picked up the show and decided to air it in 2018.

Many of you might be wondering, if there will ever be a Love Is_ season 2? We will delve into that question, but first let’s quickly look into the details of the series.

Since the story takes place over a span of two decades, the main characters, Nuri Summers and Yasir Omar, are played by different people through the long timeline of the show. The show’s lead cast is headed by newcomers Michele Weaver and Will Catlett who play Nuri Summers and Yasir Omar respectively during 1997. Michele Weaver is best known for playing Faren in Illicit and Brianne in Superpowerless. She has also starred in the TV movie 2 Lava 2 Lantula.

Catlett who is best known for portraying Mike in the hit show, That Guy plays the younger version of Yasir. He also has a minor role in The Mentalist and has also produced the movie, Malcolm. The 2017 version of Nuri, known as wiser Nuri is played by Wendy Davis and Yasir’s wiser self is played by Clarke Peters. Wendy Davis is an American actress who achieved critical recognition for playing the role of Colonel Joan Burton in the Lifetime television drama series Army Wives. She went on to play minor roles in hit shows like Criminal Minds and Castle.

Clarke Peters who plays the wiser version of Yasir has starred in popular movies like Three Billboards outside Ebbing, Missouri and John Wick. He portrays Carl in the popular Hulu series Chance. The recurring cast of the show includes Tammy Townsend who portrays the role of Carol, mother of Nuri. Loretta Devine stars as Betty, Yasir’s mother. Additionally, the show features Tim Reid as Sean in 2017, Vanessa Bell Calloway as Angela in 2017, Tosin Morohunfola as Keith and Michael King as Will.

Love Is_ Plot: What is it about?

The central theme of the story is about Nuri and Yasir and how they achieve recognition in Hollywood. The series is set in the 1990s and specifically takes place between 1997 and 2017. Two young people from different backgrounds embark on a journey to make a name in Hollywood. The story is told from the point of view of the lead characters. It starts with a black couple recounting their love story that originated in the 90s and how it underwent societal qualms and other struggles before they could break free from them and achieve their present dream life.

Nuri, a young and charming girl, aspires to be a staff writer for sitcoms. She tries to carve out a career in sitcoms by trying her hand in them. Like any youngster, she has a head full of dreams and desires she wants to pursue. Yasir wants to be a writer and director but he is shown to be out of work during the beginning of the series. Meanwhile, he is also handling his relationship issues with his ex. Nuri and Yasir’s present selves take the viewers through a journey of love and turmoil, spanning over two decades. The show portrays the vibrant culture of the society that transitions through different phases and helps in creating a stronger bond between Nuri and Yasir.

Love Is_ is convincing in its portrayal of the black culture back in the 90s and deftly weaves a love story amidst it all while plotting a path to the characters’ eventual stardom in Hollywood. It offers prodigious doses of inspiration along the way and is characteristic of the kind of the material the Oprah Winfrey Network has known to associate with in the past.

Love Is_ Season 2 Release Date: When will it premiere?

The series was renewed for a second season on July 31, 2018. However, the show got into a huge deal of controversy due to a lawsuit filed by a woman against Salim Akil. The woman, who claimed to be his former mistress, accused Akil on grounds of domestic abuse. On December 19, 2018, Vulture reported that the show was officially axed by OWN after its first season. So, here’s the final verdict. Love Is_ season 2 stands cancelled.

Check out the intro for the first season below to get an idea about the show: