When Does Love It or List It Season 16 Premiere? 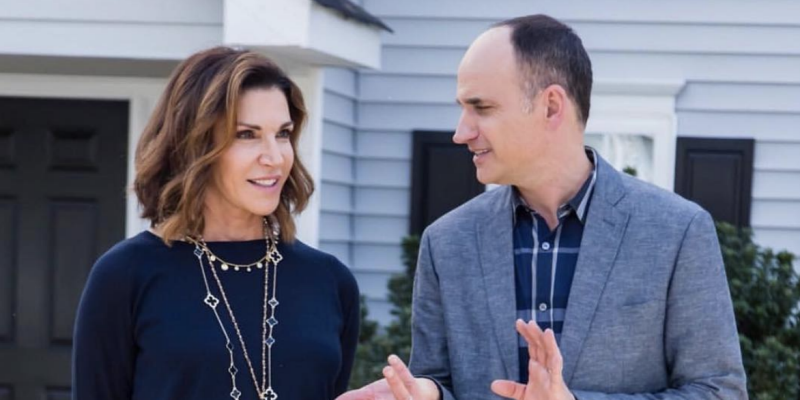 ‘Love It or List It’ season 15 released on November 18, 2019, on HGTV. It consisted of 26 episodes. As far as the next edition goes, it was always a no-brainer. Considering the show’s popularity, it was only a matter of time before we heard the news about its 16th outing. And yes, the show has been renewed! ‘Love It or List It’ season 16 premieres on August 10, 2020, at 9 pm ET.

‘Love It or List It’ features Hilary Farr and David Visentin as the main hosts. A native of Toronto, Ontario, Farr is a home designer who has been all across the world, living in Australia, England, California, and New York. She has dealt with properties in each of these regions and after returning to her hometown, she began to “stage” properties to make them sale-ready. Extremely talented in designing houses, Farr is accompanied by Visentin, a real estate agent, based in Southern Ontario. He has been in this profession since the 1980s and works with Country Living Realty Limited.

Alongside the primary presenters, we meet assistant designer Desta Ostapyk, also based in Toronto, and a graduate in interior design from Toronto International Academy of Design and Technology. She holds vast experience in the television industry and has formerly worked in ‘My Parents House’.

What Can Love It or List It Season 16 be About?

In ‘Love It or List It’, each episode follows an almost identical format. We meet the featured homeowner(s) who showcase the current house they are living in. Since the highlighted property is usually in a rundown condition, the family is confused between whether they should put it up for sale or continue to live in it after a makeover.

This is when the family seeks the advice of Hilary Farr and David Visentin, who first inspect the premises prior to meeting the owner(s). In this section of the episode, we get to witness the usual, non-stop banter between the housing experts — with David focusing mostly on the negative aspects and Hilary believing that she can somehow make the house turn around with her creativity.

Next, there is the most-awaited meeting between the hosts and the family (usually a couple), where the latter informs the former about their expectations from the property. While Hilary faces the challenge of renovating the house according to the demands and budget of the owners, David is given the task of searching for a new home for the family, again as per the specified requirements and budget.

Once Hilary is done with her job, she gives the couple a tour of their renovated home. David then informs the current market value of this overhauled property. He also tells the family about the benefits of the new home and what they would miss if they choose their existing house over the new one. In short, the owners have to choose between two options — love it, i.e continue to stay in their old abode or list it, i.e buy the new home and put the existing one for sale.

The decision is difficult because of two reasons. First, the overhauled property looks much more attractive and after all, it holds many precious memories. Second, with all the improvements, the resale value of the property increases manifold. Hence, the net cost to buy a new property is considerably reduced. Finally, after weighing their options, the couple decides whether they wish to love it or list it and then, explains the reasons behind this choice.

Season 16 will stick to the same format and feature more creative overhauls as the duo sets about in search of more families who need some help in falling in love with their homes once again.