Love, Victor Season 2: Everything We Know 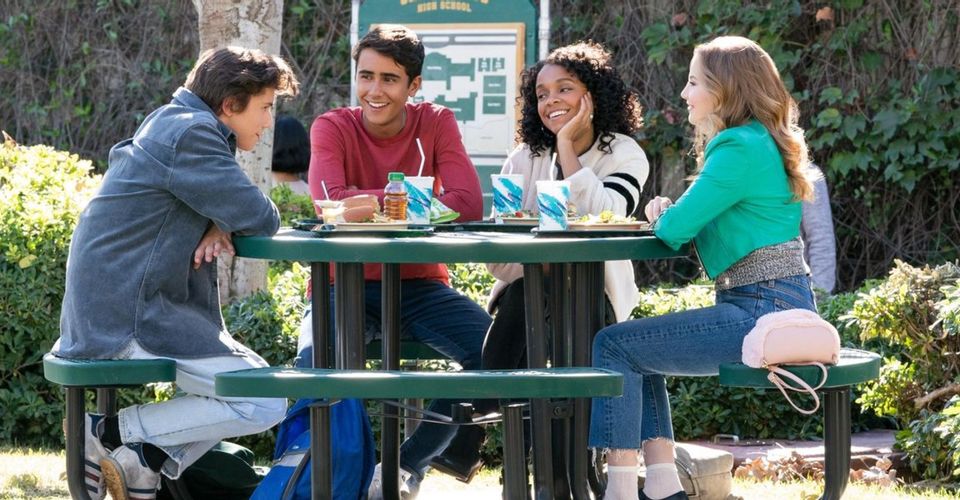 Created by Isaac Aptaker and Elizabeth Berger, ‘Love, Victor’ is a teenage romance drama revolving around the life of Victor, a high school student. Victor tries to navigate through his relationship with Mia and his secret attraction towards Benji, an openly gay student. The drama series is a spin-off of ‘Love, Simon,’ a rom-com that is an adaptation of Becky Albertalli’s novel ‘Simon vs. the Homo Sapiens Agenda.’

Victor is in constant fear of facing homophobia and even begins to question his sexual orientation at one point, as his parents are overtly religious. ‘Love, Victor’ also contains the tribulations of settling into a new city and a school, which becomes an added pressure on Victor. Season 1 links the narrative threads efficiently and ends on a cliffhanger. We got curious about the second season of the show and decided to know more. Here’s everything we know so far about ‘Love, Victor’ season 2!

Following the success of the first season, Hulu officially renewed the series for a second season on August 7, 2020, nearly two months from the release of season 1. ‘Love, Victor’ season 2 is slated to premiere on Hulu on June 11, 2021. It will also consist of ten episodes.

In February 2021, along with the release date, the network also revealed that the writers of the series were already on the go as a writer’s room had been formed. Co-showrunner Brian Tanen spoke about his apprehension regarding the pandemic restrictions, but with a release date declared, we expect production to be wrapped soon.

Although the show enjoys strong ratings and a considerable fanbase, it wasn’t the case upon its inception. The show had its fair share of controversy when it shifted to Hulu from Disney+. Disney received flak for its overtly cautious approach by choosing to stay away from controversial issues. However, Becky Albertalli defended the move saying that the show has some mature themes which are different from the content on Disney+.

Love, Victor Season 2 Cast: Who can be in it?

Most of the lead cast members are expected to return in the second season. Michael Cimino will reprise the role of Vincent along with George Sear, who portrays the role of Benji. Rachel Hilson (Mia), Anthony Turpel (Felix), Mason Gooding (Andrew), and Isabella Ferreira (Pilar) will probably return to the fold. Co-showrunner Tanen confirmed that Nick Robinson (Simon) would once again be involved in the upcoming season.

Apart from the above-mentioned cast members, we can also expect Ana Ortiz (Isabel), James Martinez (Armando), Mateo Fernandez (Adrian), Bebe Wood (Lake), and Betsy Brandt (Dawn) to make an appearance in the second season of ‘Love, Victor.’ It can also feature some fresh faces in case  new characters are introduced in season 2.

Love, Victor Season 2 Plot: What can it be About?

Season 1 ends with Victor openly declaring in front of his parents that he is gay. This marks the beginning of his journey of self-acceptance. Pilar confronts Victor, and after a hearty conversation, they head home to the drastic news of their parents’ breakup. This makes the situation even more difficult for Victor. His relationship with Benji disheartens Mia, who had started to develop feelings for Victor. Felix and Lake get over their differences and finally get together. Throughout the series, Victor looks for Simon’s advice and ultimately gathers the courage to come out as gay.

The second season will probably start from where its predecessor halts the narrative. After coming out, Victor might have to face some new challenges that include his parents’ acceptance of his sexuality. His relationship with Benji stands to proliferate, which can become a support system for the titular character. It will be interesting to see how Mia situates herself in the aftermath of her breakup with Victor.

In essence, the second season will be a new start for Victor as we await his parents’ reaction. Will they still separate? Can Victor keep them together? We will have our answers when the second season comes out. Moreover, Michael Cimino, the lead actor, revealed in October 2020 that he had read the script for the first two episodes, which left him emotional. This information indicates that we are in for an emotional rollercoaster in the eventual release of ‘Love, Victor’ season 2.