Will There be a Lucifer Season 5 or is it Cancelled? 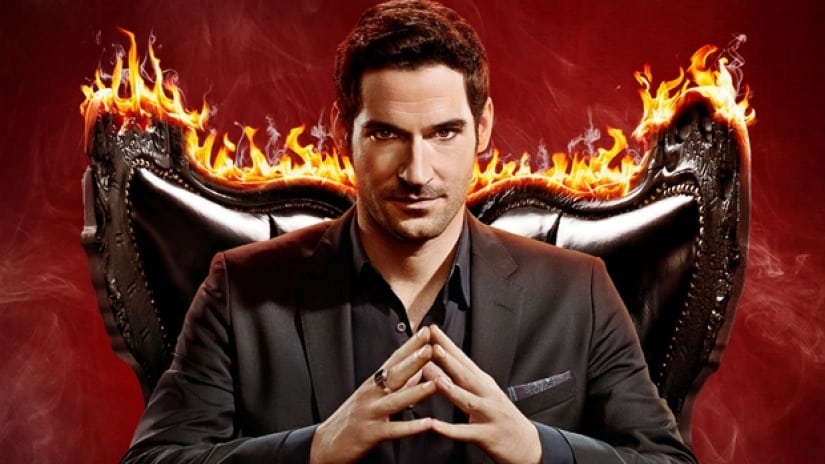 ‘Lucifer’ is an urban fantasy comedy-drama series that airs on Netflix — and used to air on Fox for first three seasons. The show first premiered on January 25, 2016. It is based on the characters created by Neil Gaiman as part of ‘The Sandman’ comic book series which belongs within the Vertigo section of the DC Universe. Lucifer’s popularity as a character forced DC to give him his own spin-off comic series. The series has been developed for television by Tom Kapinos.

The show is centered around Lucifer Morningstar, the devil himself, as he becomes bored of following his dad’s commands and ruling over hell for an eternity. He simply quits his job and decides to go to earth, choosing Los Angeles, ironically, the City of Angels to settle down in. Soon he teams up with the LAPD, specifically Detective Chloe Decker, and form a charming crime-solving duo.

The show garnered praise from critics who said that it did not take itself, and anything else too seriously, which is what made it so good. Tom Ellis also received praise for his portrayal of Lucifer. The fans ‘Lucifer’ has garnered are loyal and it was their #SaveLucifer campaign on Twitter after Fox canceled the show, that ultimately led to the show being revived for a fourth season on Netflix. Now that season 4 is finished, you must be wondering: will there be a ‘Lucifer’ season 5? Here’s everything we know.

Lucifer Cast: Who is in it?

Lucifer Morningstar, the Lord of Hell, is played by Tom Ellis. Ellis is irresistible in his role as the devil and brings a degree of easy charm interspersed with the required menace one would expect the punisher of all evil to have. He has also quite adequately captured the father-son relationship.

Detective Chloe Decker is played by Lauren German who is an LAPD detective and a single mother. She is seen solving a crime with Lucifer and catches his interest as she is immune to his abilities to draw out a person’s true desires.

Other supporting cast members include Kevin Alejandro who plays Detective Daniel Espinoza, Chloe’s ex-husband, and DB Woodside who plays the role of Amenadiel, Lucifer’s brother and apparently God’s favorite son. The role of Mazikeen, Lucifer’s loyal demon protector, is played by Lesley-Ann Brandt. Rachel Harris is seen as Dr. Linda Martin, therapist to the Devil himself, while Aimee Garcia plays Ella Lopez, a bubbly and instantly lovable forensic scientist working for the LAPD.

Most of the above cast members are expected to return in season 5.

Lucifer Plot: What is it about?

‘Lucifer’ revolves around the devil who gives up his post in hell and comes to earth to live out a normal life and to see the pleasures that mankind has to offer. However, Lucifer is never really able to let go of who he is and continues to run a nightclub called Lux, where all sorts of perversions and deviations are allowed and encouraged, much like he encouraged the embracing of desire in God’s Eden. He also gives out favors, which refers to the myth of the deal with the devil. However, things become interesting when one of the people he had done a favor for, ends up dead in front of his nightclub. He gets involved and meets Chloe, an attractive and smart LAPD detective.

The rest of the show unfolds as Lucifer and Chloe solve crimes as partners, and they both begin to develop feelings for each other. However, hurdles keep coming in between, like Lucifer’s angelic brother Amenadiel who tries to convince him to return to hell, or Lucifer’s mother, the goddess of all creation. Chloe, on the other hand, disbelieves Lucifer’s identity, although he is upfront about it. Season 3 ends with Chloe finally seeing Lucifer’s devil face.

Season 4 beings with Chloe insisting that she is completely fine with Lucifer’s devilish revelation. Over the season, Chloe and Lucifer solve several crimes, as their relationship gets tested. Chloe also confesses to Lucifer that she is freaked out by his physical transformation. The season ends on a sombre note as murderers are on the loose and now it is up to Lucifer save Los Angeles from more horrific crime.

Season 5, being the last season of the show, might try to bring closure to Chloe and Lucifer’s relationship, as well as some kind of definitive end to the rampant crime in the city.

Lucifer Season 5 Release Date: When will it premiere?

‘Lucifer’ Season 4 premiered on May 8, 2019. One must remember that following its cancelation at Fox and vigorous campaign on Twitter, Netflix picked the show up for Season 4. Tom Ellis, himself, reached out and thanked fans saying that if it had not been for them, the show might not have been saved.

As far as the next season goes, we have good news for the fans. On June 5, 2019, Netflix renewed the show for a 16-episode fifth and final season. “We’re thrilled that Lucifer fans around the world have embraced this series on Netflix, and we can’t wait to give them the big finish they’ve all been waiting for,” the streamer said in a statement.

Though no release date was announced, we expect ‘Lucifer’ Season 5 to come out sometime in May, 2020.

While we wait for season 5, check out the season 4 trailer to refresh your memories. If you haven’t seen the show yet head over to Netflix to catch all the episodes of the previous seasons.