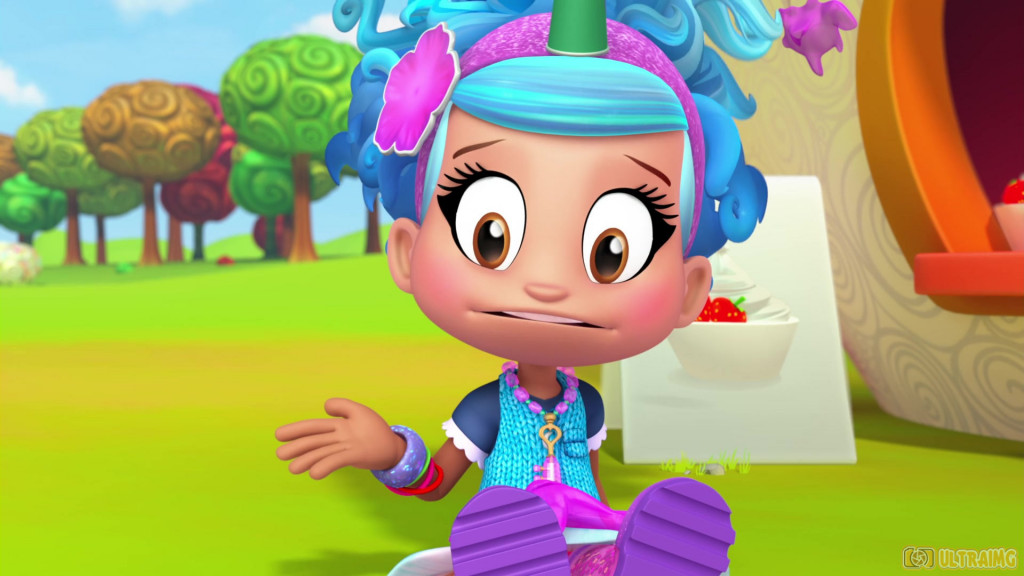 ‘Luna Petunia’ is a Canadian-American animated show for preschool kids that airs on Netflix. The show is a Netflix original and first premiered on December 9, 2016. It has been developed by Saban Capital Group, best known for the ‘Power Rangers’ franchise, with BrainPower Studio and Cirque du Soleil Média. The story follows the adventures of Luna Petunia, a little girl who lives in our world and plays in a dreamland where she learns how to make the impossible possible. In doing so, the show teaches young kids the importance of believing in themselves and all the wondrous things their mind and body can do. It is a very good show for kids and is very helpful in shaping them the right way.

The show had Saban Brands as its distributor, but things must have changed after Saban sold ‘Luna Petunia’ to Hasbro, the toy and board game company famous for some of the most popular franchises like ‘Transformers‘, ‘G.I. Joe’. Currently, Allspark is the distributor of the show. Cirque du Soleil, Saban Brands (2016-2018), Allspark Animation (2018-present), BrainPower Studio are the companies backing the project which has been directed by Donnie Anderson. Needless to say, the show has resonated with a younger audience and has helped Netflix branch out and enrich their library when it comes to content aimed exclusively at children, as they have done with other shows like ‘Larva Island‘.

Luna Petunia Cast: Who is in it?

The main cast of ‘Luna Petunia’ includes Ciara Alexys who provides the voice for the titular character. Cory Doran voices the character of Sammy Stretch. Other characters include Bibi Bibbles voiced by Katie Griffin, Jonah Wineberg as Karoo, James Kee as Chef Zesto, and Steph Lynn Robinson as Zoom Shine.

These characters are all likely to be returning in the upcoming season, and maybe new characters will be thrown into the mix and they will help Luna learn about herself and impart valuable lessons to her impressionable audience at the same time.

Read More in TV Preview: The Durrells In Corfu | The First | The Last Ship

Luna Petunia Plot: What is it about?

The plot of ‘Luna Petunia’ or as it is called ‘Luna Petunia: Return to Amazia’ is centered around the titular character of Luna, who has adventures in dreamland despite living in our world. Here she learns how to turn the impossible into the possible and at the same time instills the valuable lesson in viewers that anything can be achieved if the mind and body are applied correctly.

What must be remembered here is that the show is aimed at preschool kids. Thus there are no overt complexities of plot, and the narrative is fairly in black and white. However, the lessons learned are bound to help the kids in going forward with their lives. One thing that stands out is that most of Luna’s adventures take place in dreamland. Thus the network not only preaches safety about these adventures being perhaps unsafe to execute in the real world but also encourages children to imagine and dream. Preschool is an age when our imagination runs at an all-time high before the reality of the world sinks in and Luna, through the series, does her bit to encourage it.

The bigger takeaway is the message of never giving up. Turning the impossible into the possible might seem like a daunting task and one which we as adults often give up too easily on. There have been several situations in our lives, personally and professionally, where we have chosen flight over fight. However, Luna is here to teach kids to go another way. She puts forth the lesson that if something is truly worth fighting for, then we should go for it just the same. There is a severe lack of passion in the world when it comes to professional ventures and a lot of us are alienated from our work despite being in professions of our choice. This is where someone like Luna becomes pivotal because she encourages us to use our body and mind to the fullest so that we can enjoy not just our work, but life as well. Adults, who are often given to cynicism, might turn their noses up at this, but once again, it is a pretty good message to put out to a preschooler, who should at least go forward with the courage to try and realize their dreams, instead of jumping at the first chance to trade passion for security in life.

The show stands out for the simple yet elegant way in which it packages this message, and Luna has a lot to teach kids. However, what stands out, is that Luna does not come from a preachy position and her lessons are not didactic. Instead, she comes across as a friend to the children, making them more receptive to the life lessons that she has to impart. Netflix has steadily shown itself to be a streaming platform that can anticipate consumer needs and provide content that is relevant across all age groups, and ‘Luna Petunia’ is a step in the right direction for the streaming giants as far as grabbing the attention of children is concerned.

Hopefully, in the upcoming season, the show will continue in a similar manner and we will see Luna embark on even more of her adventures as she continues to be a friend and teacher to her audience who love her for the courage to do what she does on her adventures.

Luna Petunia Season 6 Release Date: When will it premiere?

‘Luna Petunia’ Season 5 premiered on July 20, 2018. As far as the next season goes, we don’t have an official announcement yet. Though considering the popularity of the show, we would be surprised if it doesn’t get another season. All the last five seasons came within a year of each other, so our best guess is that if the show does get renewed ,’Luna Petunia’ Season 6 can release sometime in July, 2019. We will update this section as soon as we hear more.

While we wait for an update on season 6, check out the trailer below to refresh your memories. If you haven’t seen the show yet head over to Netflix to catch all the episodes of the previous seasons.