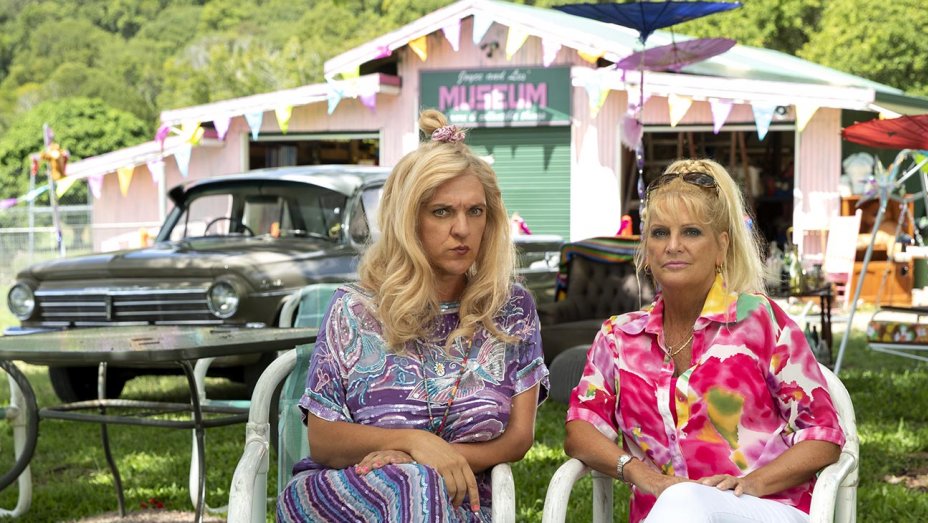 ‘Lunatics’ is an Australian mockumentary web television series that airs on Netflix. The entire first season of the show was filmed on the Gold Coast of Queensland. The show is a brainchild of writer and creator Chris Lilley, who also stars as the main protagonist. Known for his comic, witty, and satirical style in his previous creations, Lilley brings the same charm to ‘Lunatics’. The show sees him play multiple characters and offer some brilliant commentary.

Season 1 of the show, consisting of 10 episodes, aired on Netflix on April 19, 2019. It was well received by audiences but critics were mixed in their response. Wired panned the show but praised Lilley: “The strength of Lunatics is the strength Lilley brings to all his projects: The man has range. A keen observer, he inhabits each of his characters so fully he can sometimes make you forget they’re all played by the same person.”

The question now is will the show receive another season? Here’s everything we know about it.

Lunatics Cast: Who is in it?

Chris Lilley (Christopher Daniel Lilley) stars as the lead protagonist in ‘Lunatics’. The Australian comedian, writer, director, television producer, and musician is widely recognized for his invention and depiction of multiple roles in mockumentary-style shows and programs. Some of this notable works that mimic this format include We Can Be Heroes: Finding The Australian of the Year, Summer Heights High, Angry Boys, Ja’mie: Private School Girl, Jonah from Tonga, and finally, Lunatics. The two-time winner of the Logie Award for Most Popular Actor is responsible for bringing some of the most hilarious and iconic programs on TV, each of which features a separate batch of crazy and tremendously funny characters.

Lunatics Plot: What is it about?

The official synopsis of ‘Lunatics’ reads “Six extraordinary individuals and it explores the idea that people are not what they seem at first’. Introducing a theme that is just as weird and interesting like Lilley’s previous creations, the series follows a format that explores the lives of these peculiar individuals through interviews, self-recorded clips, and fly-on-the-wall footage. It opposes the long-standing proverb — ‘First impressions are the last impressions”. Now, let’s get a gist of the characters (all played by Lilley) who navigate the ups and downs of his fictional documentary world.

First arrives Keith. He is a veteran in the world of fashion retail and now wants to start a new business venture. In his journey, he struggles with objective sexuality issues and his deeply ingrained affection for cash registers.

Second is Becky and she is exceptionally tall. She is a university freshman who is starting college with her sister and faces problems due to social pressure and because of her extraordinarily long legs.

Third comes Gavin. Although he is still a kid, he is set to become the Earl of an English country estate, and hence has to deal with the pressures of his future.

Jana is a pet psychic who tends to the pets of wealthy families. She hails from South Africa, is a lesbian, and battles with an unrequited love for her personal assistant.

Fifth is Quentin, who is a real estate agent, but struggles with his business. In reality, he wants to become a world-renowned DJ and street artist.

Among all these characters, one character that appealed most to us is the extraordinarily tall Becky. Do you recall Ja’mie, the legendary character from Summer Heights High? She was so popular that she got her own separate spin-off, Ja’mie: Private School Girl. Although, sadly, Ja’mie does not feature on ‘Lunatics’, one of the persons emitting some very similar vibes here is Becky, who should be engaged with her first year in college. But instead of attending classes, she is busy making videos for her YouTube channel. Does this ring some bells? Sounds familiar, right?

Introducing immense humor, this mockumentary’s style adopts the typical Lilley format where quirky, delusional characters are interviewed. It documents how their near-impossible ambitions finally collapse under the heavy weight of harsh reality. And the show is not only about laughs. The unique mannerisms and idiosyncrasies displayed by the personas are simply engaging. Not only this, the last episodes come with their own emotional moments, making the series a whole package.

Lunatics Season 2 Release Date: When will it premiere?

The season 1 of ‘Lunatics’, with its  10 episodes, premiered on Netflix on April 19, 2019. Considering the immense acceptance of Lilley’s previous mockumentaries, we won’t be surprised if this program is an instant hit as well.

‘Lunatics’ is the second Netflix Original, after Tidelands, that has been produced locally in Australia since the platform launched its operations in the country in 2015.  Other popular additions in Netflix’s Australian catalog include Pine Gap, The New Legends of Monkey, Glitch, Beat Bugs, Bottersnikes & Gumbles, Kazoops, Mako Mermaids: An H20 Adventure and White Rabbit Project. And each of these shows left their own mark on its viewers after its release.

As far as the next season goes, we don’t have an official announcement yet. Though considering the popularity of Chris Lilley, we would be surprised if it doesn’t get another season. Our best guess is that if the show does get renewed, ‘Lunatics’ Season 2 can release sometime in April, 2020. We will update this section as soon as we hear more.

Catch the trailer and all the episodes of the first season on Netflix right here.