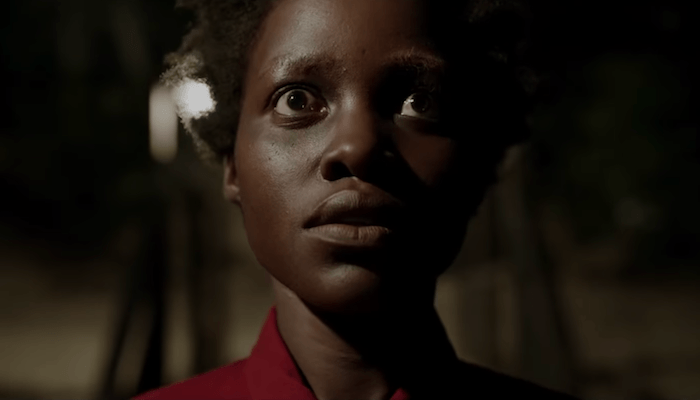 Born and educated in Mexico, raised in Kenya, finished her MFA at the Yale Drama School, and bagged an Academy Award for her first major Hollywood outing! Lupita Nyong’o is special for a lot of reasons. She was a 16-year-old from Kenya; traveled halfway around the world, studied in Mexico where her parents lived. Nyong’o made history when she won the Best Supporting Actress Oscar for ‘12 Years a Slave,’ as she became only the sixth African American actress and the first African artist to win an Oscar for Best Supporting Actress. But her life in Hollywood after the Oscar has been unstable in terms of visibility.

Her next two roles were as Maz Kanata in ‘Star Wars: The Force Awakens‘ and the voice of the white wolf Raksha in ‘The Jungle Book‘. For a while, she remained behind the screens as a charming, emotive and powerful voice. Then came her path-breaking role as Nakia in ‘Black Panther.’ The role of Nakia not only ended her invisible streak but also established that the actress is a powerhouse of talent and definitely someone to watch out for.

At this point, the question that might be circling your mind is what is the next Lupita Nyong’o movie and TV show? Well, the good news is that we have a clear answer to that question. Here’s the list of upcoming Lupita Nyong’o films and TV shows scheduled to release in the recent future. We can only hope that the new Lupita Nyong’o performances will be as good as some of her recent ones. 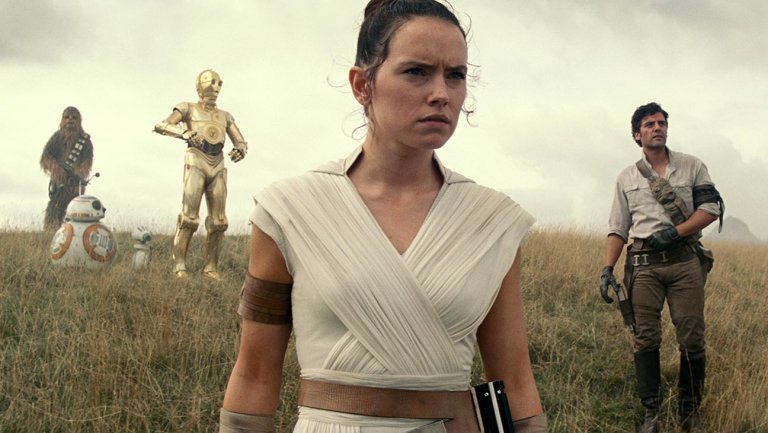 While the ‘Star Wars’ enthusiasts are eagerly waiting for the movie’s release, reports suggest that the upcoming sequel ‘Star Wars: Episode IX‘ will have a crucial time leap. The last installment in the ‘Star Wars’ franchise, ‘Star Wars: The Last Jedi,’ ended with the remaining members of the Resistance fleeing the First Order. ‘Star Wars: Episode IX’ picks up from a year after the events of ‘The Last Jedi.’ The time leap will facilitate the Resistance members, who shrank into a handful in number, to recoup and wage a counter-attack.

Titled, ‘The Rise of Skywalker’, the upcoming ‘Star Wars’ movie will see the remaining members of the Resistance face the First Order in an all-out battle for what will be the final chapter in the Skywalker saga. Lupita Nyong’o reprises her role as Maz Kanata and will definitely be looking to deliver a memorable performance. The film releases on December 20, 2019. 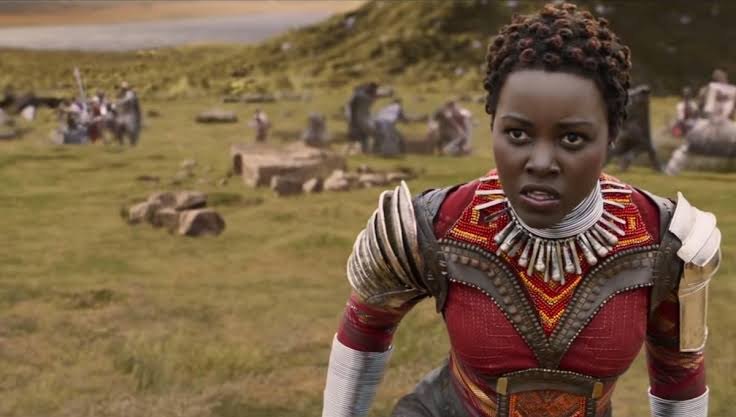 The upcoming Simon Kinberg directorial, ‘355’ is a high-profile espionage thriller spanning various continents. The movie features a stunning female ensemble of Jessica Chastain, Marion Cotillard, Penelope Cruz, Fan Bingbing and Lupita Nyong’o as international agents on a mission. Written by Theresa Rebeck, ‘355’ is expected to kick-start an exclusive female spy franchise as the first movie follows agents from espionage backgrounds trying to prevent an organization from disrupting the world with their villainous plan. 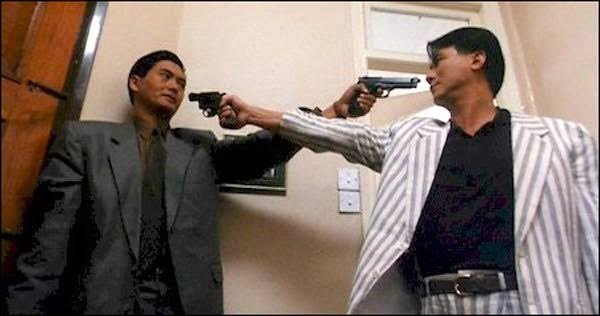 Tagged as one of the most anticipated movies of the year, ‘The Killer’ is the remake of John Woo’s gory masterpiece of the same name. The original 1989 Chinese feature went on to become a cult movie with its director John Woo elevated as a cult figure of action movies in Hollywood. In the original, Chow Yun-Fat plays the killer, who makes a beautiful young singer, played by Sally Yeh, nearly blind during one of his hits. He feels guilty for his actions and the assassin begins to follow her and even becomes friends with the woman who is unaware of his identity.

Finally, the assassin takes on a high-risk mission in order to make enough money to help the woman get a cornea implant. The mission goes terribly sideways as the assassin’s bosses betray him and soon he finds himself pursued by killers. Trapped and out of options, the assassin forms an unlikely alliance with a member of the law enforcement who has been on his tail for a long time. The law enforcement official recognizes that the man might be a killer but he has principles and morals he lives by. Together, they decide to take the fight to the crime lords.

In a paradigm shift in the plot dynamics, Nyong’o will play the assassin in the remake, which is directed by the master John Woo again. 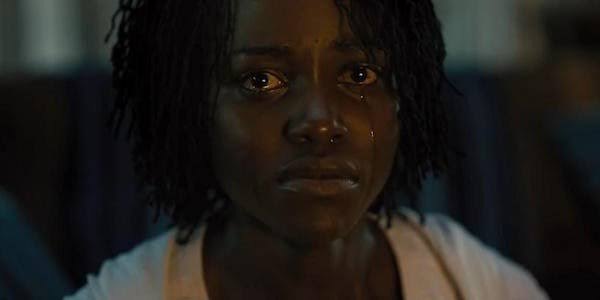 ‘Americanah’ is an upcoming television series that is based on Chimamanda Ngozi Adichie’s best-selling novel of the same name. It tells the tale of Ifemelu, played by Lupita Nyong’o. Ifemelu is a young, beautiful and self-assured woman who is raised in Nigeria. She falls in love with her classmate, Obinze. However, since the two teenagers live in a military-ruled country, they decide to go west.

Ifemelu heads to America, where she enjoys academic success but comes to terms with what it means to be black. Meanwhile, Obinze who cannot enter America post 9/11, spirals into a dangerous undocumented life in London. HBO Max will be airing the series. Nyong’o, who has always been passionate about the story, will be sure to bring a stellar performance. 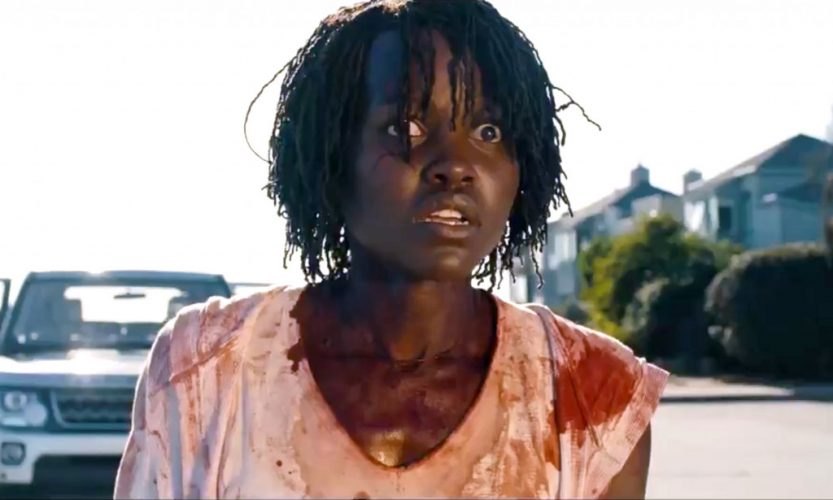 Jordan Peele’s horror ultimatum, ‘Us’ features Lupita Nyong’o in her bloodiest and beaten down avatar. The movie, ‘a monster mythology’ according to Peele, has Nyong’o and Winston Duke as husband and wife. The couple, along with their kids, spends a night of horror at a summer beach home in Northern California with another couple, played by Elisabeth Moss and Tim Heidecker.

Nyong’o’s character becomes more and more paranoid as the night grows and she explodes when the family sees four figures in red suits standing in the driveway! They turn out to be doppelgangers and their motives are not immediately apparent. However, it becomes clear that they bear ill will towards the family. Somehow, the family manages to escape, even killing the male counterpart of Duke’s character, in the process. Soon the doppelgangers unleash a reign of terror across the country and form a human chain, as Peele once again uses horror to explore social issues excellently in ‘Us’.

‘Us’ drives home the point that sometimes darkness lurks within ourselves and true monsters are often the ones that dwell deep in us and go unacknowledged. Sometimes our hatred for things we do not understand burst forth to the surface, which results in the horrific actions that we see unfurl in the movie. The movie released on March 22, 2019. 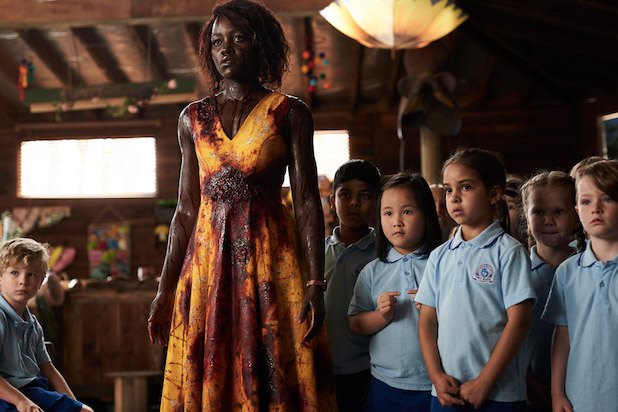 Lupita Nyong’o can be seen fighting an unexpected and lethal zombie outbreak in the upcoming horror flick, ‘Little Monsters’. When the movie premiered at the 2019 Sundance Film Festival, reviewers hailed the movie for its gore, horror and dark humor. Australian filmmaker Abe Forsythe directs the movie, which also stars Alexander England and Josh Gad.

The movie depicts how Alexander England’s Dave, a washed-up musician, joins hands with his secret flame, the charming and enigmatic teacher, Miss Caroline, played by Lupita Nyong’o, in the fight against advancing zombies. Along with the popular TV personality Teddy McGiggle, played by Josh Gad, they are on a mission to protect the kids on a school trip from the zombie attack. The movie released on October 11, 2019.