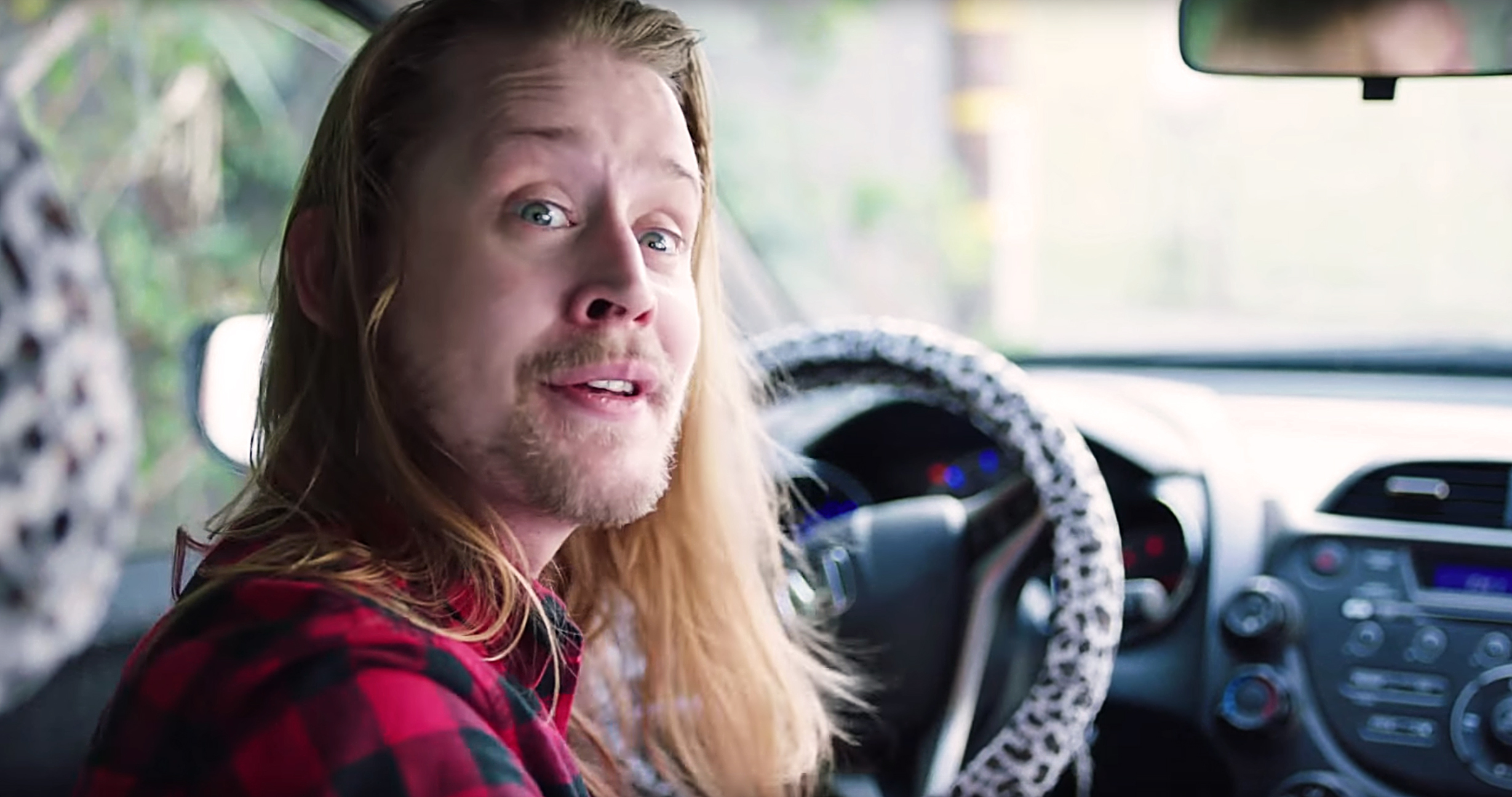 “The favorite child artist of Hollywood” is not a perennial title to hold for any actor. But Macaulay Culkin seems to hold it longer than he was supposed to, ever since the actor made his debut with the 1988 movie ‘Rocket Gibraltar.’ There are some truly stunning performances from child artists in Hollywood like Henry Thomas in ‘E.T. the Extra-Terrestrial,’ Christian Bale in ‘Empire of the Sun,’ Kirsten Dunst in ‘Interview with the Vampire,’ and Jodie Foster in ‘Taxi Driver,’ to name a few. But all these actors have overshadowed their child artists personas with amazing performances as adult characters later in their career. But for some unexplainable reasons, Macaulay still lingers in the viewers’ consciousness as their favorite child actor of all time.

Though the actor made his debut in 1988, it was the 1989 movie ‘Uncle Buck’ that catapulted Culkin to instant stardom. In the next year, the little actor achieved an unprecedented feat with the bombastic success of the comedy movie ‘Home Alone.’ Culkin’s lead role of Kevin McCallister in the blockbuster earned him widespread popularity and several award nominations including a Golden Globe and wins like an American Comedy Award and a Young Artist Award for his performance. The huge success of the movie spawned three more sequels. Culkin played an iconic role in the second installment, ‘Home Alone 2: Lost in New York’ in 1992.

Along with the success of ‘Home Alone’ franchise, Culkin stole the hearts as the character of Thomas J. Sennett in the 1991 movie, ‘My Girl’. Thomas is the best friend of a girl who’s battling strong emotional highs and lows. The character earned him critical acclaim and viewers’ praise alike. But he couldn’t achieve the same feat with the 1993 movie ‘The Good Son’ and ‘Richie Rich’ in 1994. Moreover, familial issues affected Culkin’s career during the early ’90s when his parents were involved in a legal battle for Culkin’s custody and his fortune. Though his mother won the battle, the events shadowed Culkin career and resulted in his waning popularity.

Meanwhile, Culkin’s father Kit Culkin, who was the manager throughout his career, was accused of mismanaging the rising child star’s career. The rumors and pressure resulted in an unofficial hiatus in Culkin’s career. Culkin went into a kind of semi-retirement from acting after the comedy flick ‘Richie Rich’ in 1994. The actor stayed away from the limelight for a long time. His rare public appearances during this period include commercials for Google Assistant, the occasional podcast and a meme.

Culkin made his comeback with the 2003 movie ‘Party Monster,’ which is based on a real-life story of a club promoter. The role was a paradigm shift from his public image as he played the character, Michael Alig, a ruthless druggie and murderer. In the same year, he appeared on the NBC sitcom ‘Will & Grace‘ as a guest star. Culkin tried to maintain the change in ‘Saved!’ (2004). The actor played the supporting role of as a cynical student in a wheelchair of a conservative Christian high school. Though the movie met with moderate success, Culkin earned critical acclaim for his performance as the troubled student. He also started his career as a voice actor with longtime friend Seth Green’s television comedy sketch series ‘Robot Chicken.’

Culkin launched his comedy rock band named ‘The Pizza Underground’ in 2013. The band, which played parodied songs, had been dissolved by the actor in 2016. He stepped into the world of writing with the 2006 novel ‘Junior.’ The experimental and semi-autobiographical book is inspired by his meteoric rise to stardom and the complex on and off relationship with his father. Culkin joined the movie ‘Sex and Breakfast’ in 2007. Written and directed by Miles Brandman, the dark comedy also features Alexis Dziena, Kuno Becker and Eliza Dushku in the lead roles. The plot follows a troubled couple and their therapist who recommends them group sex as part of therapy. It was Culkin’s first feature project since ‘Saved!’. ‘Sex and Breakfast’ was released on November 30, 2007, to mixed reviews from the critics.

Culkin next appeared in the NBC television series ‘Kings as Andrew Cross.’ He also joined as a guest star in an episode of the online series for The New York Times, ‘The Park’ by Poppy de Villeneuve in 2010. During the second half of the 2010s, Culkin worked on a couple of high-profile commercials including Compare the Market’s new ad. In 2018, the actor launched his own brand Bunny Ears. It consists of a website and podcast dedicated to comedy with the main contents as parodies of other popular websites, like Gwyneth Paltrow’s Goop. In the same year, Culkin appeared as a guest star in Red Letter Media’s ‘Best of the Worst’ and ‘Angry Video Game Nerd.’ So now you might be wondering what is the next Macaulay Culkin movie or TV show? Well, here’s the list of upcoming Macaulay Culkin films and TV shows scheduled to release in 2019 and 2020. We can only hope that the latest Macaulay Culkin movies would be as good as some of his recent ones. 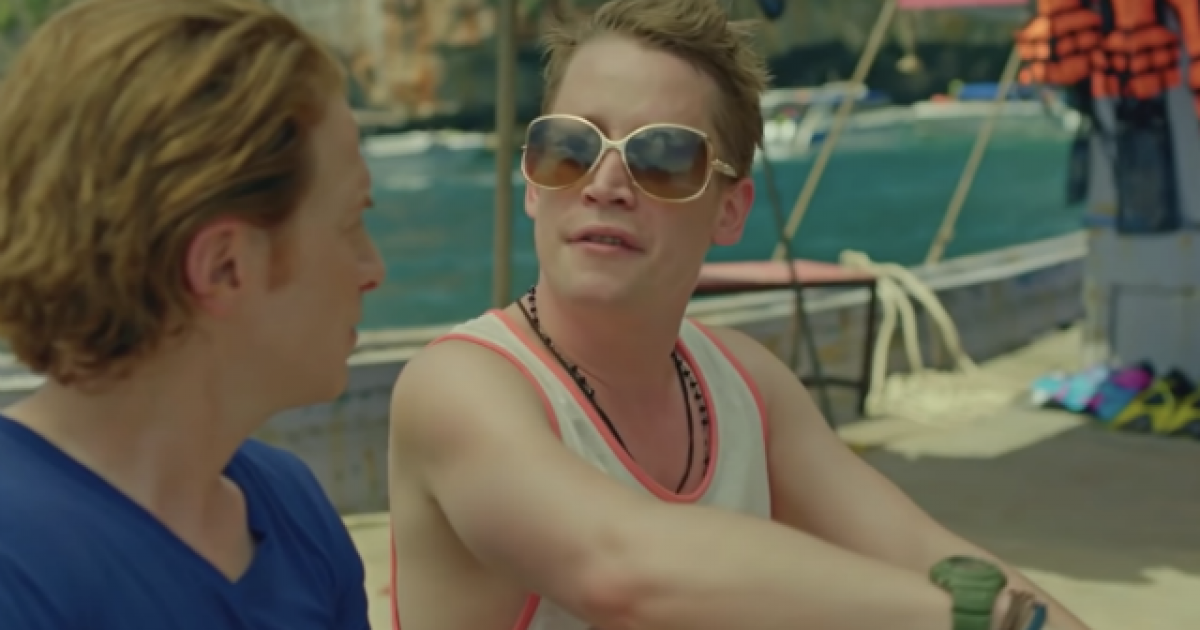 Culkin, who has been keeping his distance from movies since the ’90s, returns with a supporting role in his old friend Seth Green’s feature debut ‘Changeland.’ Touted as a buddy comedy, ‘Changeland’ tells the story of a desperate husband Brandon (played by Green), who is deeply wounded by his wife’s infidelity. He finds out that his wife is cheating on him on the eve of their wedding anniversary. Brandon decides to go to the prepaid honeymoon trip to Thailand which was planned as a surprise gift for his wife. He takes his best friend Dan (played by Breckin Mayer) along with him to Thailand where they meet interesting characters played by WWE star Randy Orton and Macaulay Culkin.

Ian, Culkin’s character, reportedly lives a dreamlike life in Thai beach and promises an amazing stay for Brandon and Dan in the paradise on Earth. The extraordinary people along with out-of-the-box experiences justify the title of the movie. Brenda Song, Clare Grant, Rose Williams, Kedar Williams-Stirling, and Randy round off the cast. ‘Changeland’ is lined up for a June 7, 2019 release.