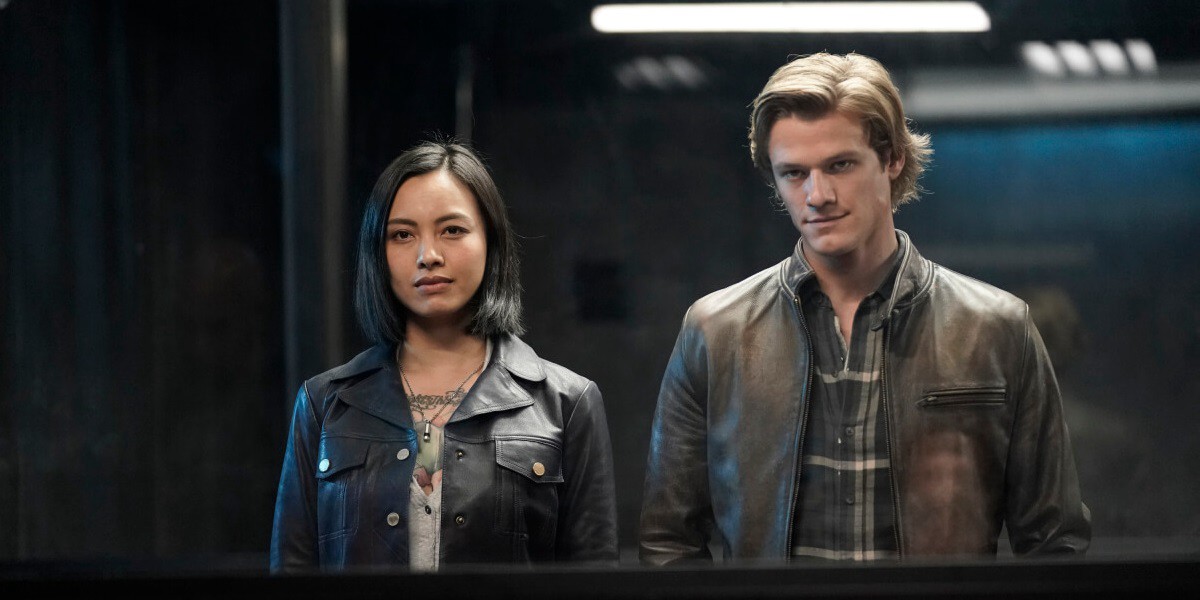 No problem is too complicated for Angus ‘Mac’ MacGyver. Opting to use gums over guns and candles over bombs, Mac saves the day working as a US operative with genius analytical skills. Season 4 has been an eye-opener when it comes to Mac’s ideals and family issues. We have seen him discover that his aunt is behind Codex. Facing the truth about his mother’s death at the hands of the CIA has also changed our protagonist.

The previous episode sees Mac facing an ideological conundrum where he starts to believe that Codex’s objective might not be all bad. Will Mac switch sides? And if so, what does it mean for his old team and the fate of the world? The latest episode holds some of the answers. We have the rundown and information on when and where to watch the upcoming installment of ‘MacGyver.’

MacGyver Season 4 Episode 13 Release Date: When Will It Premiere?

‘MacGyver’ Season 4 Episode 13 is slated to air on Friday, May 8, 2020, at 8/7c. The upcoming episode is titled “Save + The + Dam + World.” Although the network has not specified anything, Lucas Till, who plays the titular character, has stated that Episode 13 marks the season finale. Check out his tweet below.

‘MacGyver’ is on CBS and can be simply seen using a cable connection. However, it is understandable that everyone might not have access to cable. You can check the show out on the CBS site if that is the case. Cord cutters are also on the rise, currently, and make up a large section of the viewer base. Therefore, several options have been made available to them.

You can catch ‘MacGyver’ on Fubo TV, DirecTV, and YouTube TV. If you are an Amazon Prime subscriber, you can buy and stream individual episodes, or better yet, get the CBS pack added to your existing plan. After a month-long free trial, it costs you $5.99 a month.

The touted season finale sees Mac and Riley’s mission get interrupted when Russ, Desi, and the Phoenix Team, work against them. They try to prevent Codex from setting off a weapon of mass destruction. In the process, the team unearths the real reason Russ wanted to purchase the Phoenix Foundation. Check out the promo below, which gives us glimpses as a ruthless side of MacGyver.

We know that Mac defects and joins Codex, the global ecoterrorism outfit. However, there is more to the story than what meets the eye. Mac is captured during his morning run and forced to meet Gwen. Meanwhile, a series of events forces Russ to contact his military contracting agency, Spearhead Operations. They are tasked with taking out the Codex management.

Mac knows that Russ won’t hesitate to kill innocents to achieve his goal. Therefore, he releases the captive Codex agent, Scarlett. It gives him an in with the terrorist group. However, we understand that Mac is exasperated with both Gwen and Russ playing with people’s lives. He intends to dismantle Codex from within, but we see Gwen reports to someone else also. Therefore, Mac’s plan might need some improvisations.

As for Spearhead Operations, the outfit launches hellfire missiles at Codex’s base, which Mac averts, using Shiva, the Tesla technology. While it cements his position with Codex, Russ decides that he is not siding with Mac or Riley anymore. He’s open to killing them if they cross paths. Undoubtedly, the finale will see Mac trying to handle Gwen and Russ while staying alive.

The episode has a tender moment when Mac is seen holding hands with Riley, and perhaps we will see them become a couple somewhere down the line. After all, Mac’s girlfriend, Desi, has turned against him. ‘MacGyver’ has turned into quite a spy thriller, with elements of romance, as Mac embarks on the new path as a double agent. We cannot help but wonder how the finale will tie things up for the season.