Will There be a Made For Love Season 2? 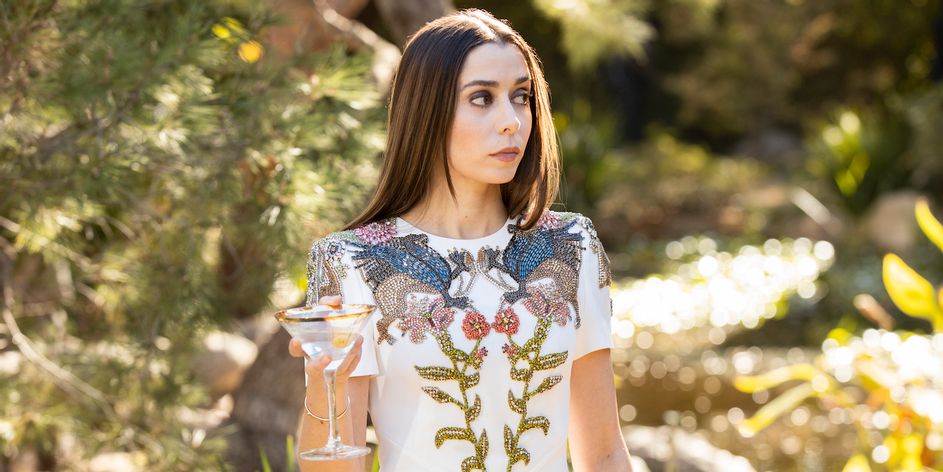 Co-created by Alissa Nutting, Dean Bakopoulos, Patrick Somerville, and Christina Lee, ‘Made for Love’ is the television adaptation of the 2017 novel of the same name by Alissa Nutting. It revolves around the peculiar case of a woman named Hazel Green (Cristin Milioti), who falls prey to her billionaire husband Byron Gogol’s (Billy Magnussen) dehumanizing methods to keep tabs on her. He installs a monitoring device in her brain, which allows him to know how she feels.

After being stuck in this unfair ordeal for ten long years, she decides to run off and fight for her free will. The series has characters that have managed to leave a mark on the audiences because of the well-executed character progression prevalent throughout. Although the ending of season 1 has left fans satisfied, they are still looking forward to watching more episodes of this engaging dark comedy series. At this point, we all want to know if a second season is coming up. Well, here’s everything we know about ‘Made for Love’ season 2!

Made for Love Season 2 Release Date

‘Made for Love’ season 1 released on April 1, 2021, on HBO Max and came to an end on April 15, 2021. It consists of eight episodes, with each one having a runtime of 25-29 minutes. The show is laden with heavy material that makes for a thought-provoking watch, and many of its characters are directly from the book, which is positively reviewed for the most part.

With respect to the second season, here’s what we know. The ending of season 1 ties up all loose ends and Hazel gets a well-deserved finale after everything that Byron puts her through. Those divorce papers end up being signed, which marks a new start for Hazel and, hopefully, a free will! But her cancer-stricken father needs her help which compels her to return to the Hub. Although the plot of the show is neatly wrapped up by the end of season 1, we still don’t know what happens after that. The creators have to renew the show, or else we’d be left to our own imagination.

Considering how the show has attracted a good viewership with equally good reviews, it has fair chances of returning to the screen. Even though there hasn’t been any official news stating the same, the creators haven’t shied away from entertaining ideas about its future in terms of the plot and story. Showrunner Christina Lee said that they don’t have a shortage of ideas on the characters and want to bring back a few guest roles. However, even if HBO Max greenlights the series, it will go through a lengthy phase of production, especially because of the pandemic, which has not shown any signs of dying down. Considering these factors, we can expect ‘Made for Love’ season 2 to release sometime in 2022.

Made for Love Season 2 Cast: Who can be in it?

The cast of ‘Made for Love’ season 1 includes ‘How I Met Your Mother‘ star Cristin Milioti as Hazel Green-Gogol, the protagonist who wants an out from her pitiful marriage. Billy Magnussen portrays Byron Gogol, a billionaire tech mogul obsessed with his wife. Dan Bakkedahl plays Herringbone, Byron’s assistant who gradually grows out of his profession. Noma Dumezweni plays the role of Fiffany, Gogol’s chief science officer who worries a lot. Ray Romano essays the role of Herbert Green, Hazel’s estranged father, also known as a pervert to some.

Needless to say, Cristin, Billy, and Ray might reprise their roles for the coming season as their characters are crucial to the storyline. But it is debatable whether the rest of them will return, and the same can be said about the other cast members like Caleb Foote (Bennett), Patti Harrison (Bangles), Raymond Lee (Jeff), and Kym Whitley (Judiff), portraying recurring characters.

Made for Love Season 2 Plot: What can it be About?

The first season ends with Hazel more or less getting what she wants. But her father’s health has restricted her in a lot of ways and put a stop to her plans. She consequently decides to stay back in the Hub. Considering this, the second season will showcase her trying to work things over with Byron. We may even learn about Byron’s associates who remain trapped in “the pasture cube” and Zelda, the dolphin’s fate if she has left the Byron compounds.

Read More: Where is Made for Love Filmed?