Made for Love Season 3: Renewed or Cancelled? 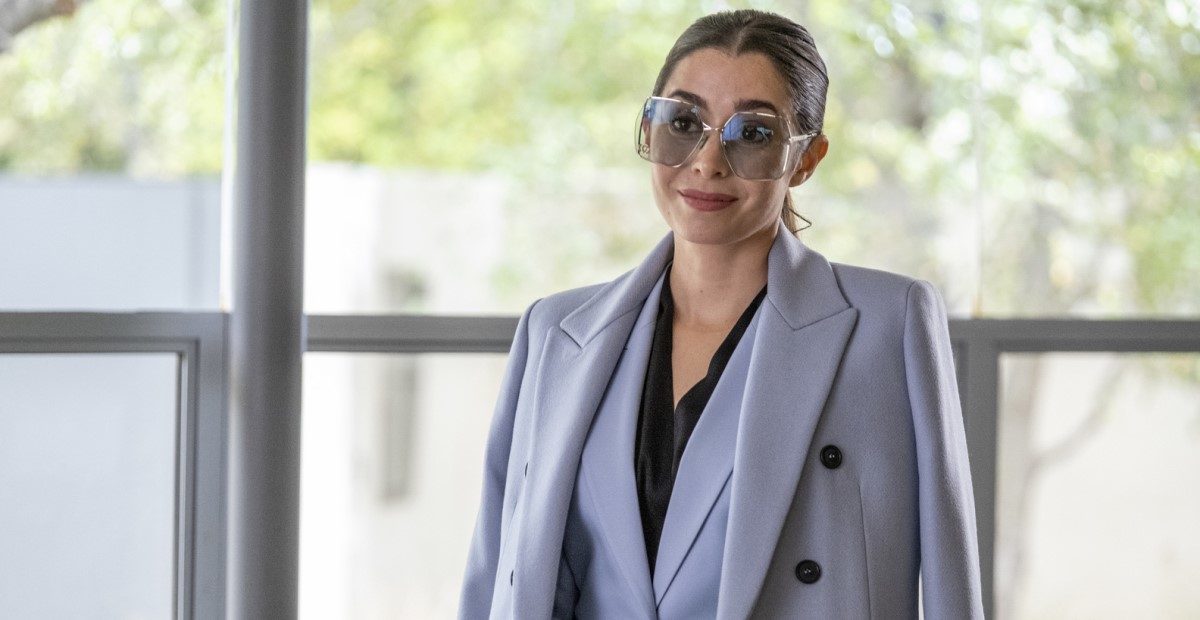 Created by Alissa Nutting, Christina Lee, Dean Bakopoulos, and Patrick Somerville, ‘Made For Love’ is a dark comedy sci-fi show revolving around Hazel Green. After being trapped in a decade-long marriage with tech billionaire Byron Gogol, Hazel escapes to regain her freedom. However, she soon discovers that Byron had a tracking device fitted inside her. Through the device, Byron can track her, watch what she is doing, and know what she is feeling at any given time.

Based on the eponymous 2017 novel by Alissa Nutting, the series has gained praise from the audience and critics alike. Many appreciated the show’s sense of humor which can be hilarious yet morbid at the same time. Ever since the show first premiered on April 1, 2021, it has amassed a large fanbase that cannot get enough of the adventures of Hazel Green. Since season 2 of the series has finished airing, viewers are already eager to know whether there will be another installment. If you, too, can’t wait to know about the possible season 3, we have your back!

Made for Love Season 3 Release Date

As far as season 3 of the dark comedy is concerned, here’s what we know. As of now, the show has not been renewed for another round. However, the series will likely be greenlit for another installment by HBO Max. Since the show premiered, viewers have flocked to watch it and have nothing but praise for its storyline and actors.

It is also to be noted that the announcement regarding the confirmation of the show’s season 2 was released more than two months after the debut season had concluded its run. With that being said, no news regarding season 3 is not so surprising. The streaming platform will possibly wait to see how the audience reacts to the sophomore edition of the sci-fi drama. So, if the dark comedy series hits all the milestones desired by the streamer, it will most likely be given the thumbs up soon.

Moreover, both seasons 1 and 2 arrived in April 2021 and 2022, respectively. So, if the show continues to follow the same release schedule and there are no unforeseen delays in production, we expect ‘Made for Love’ season 3 to release sometime in Q2 2023.

Made for Love Season 3 Cast: Who can be in it?

Cristin Milioti is most likely to be back as Hazel Green in the potential season 3. Her charismatic and humorous portrayal of the character is one of the most beloved parts of the series. Another face that may appear once again is Billy Magnussen, who portrays Byron Gogol. We may also see Dan Bakkedahl and Noma Dumezweni reprise the roles of Herringbone and Fiffany, respectively. Other actors that may come back for the potential round 3 are Caleb Foote (Bennett Hobbes) and Sarunas J. Jackson (Jay).

In the second season, Ray Romano portrays Herbert Green. But given the events towards the end of season 2, his only appearance in the potential season 3 might be through flashbacks. However, given the show’s nature, we are definitely not ruling out any other way. In addition, we can look forward to seeing some fresh faces in case the show returns with a third installment.

Made for Love Season 3 Plot: What can it be About?

Season 2 finale of the dark comedy series is definitely one to remember. We finally get an epic showdown between Hazel and her fake persona. The fight is neck-to-neck, probably because they are technically the same person, but with a clever move, one of them gains the upper hand. Fiffany learns from Bennett that it was due to Herringbone that she was put inside the Pasture Cube. The knowledge of the betrayal surprises Fiffany. Later on, when Herringbone confesses the same to Fiffany, the conversation that follows is definitely intriguing.

Given what unfolds throughout the second installment, the potential season 3 will be interesting to watch. Hazel and Fake Byron – or is it the actual Byron? – might be parenting a child together. The last scenes of the season 2 finale occur six months after most of the events in the episode. The fate of the child that may be born to the convoluted couple will likely be as dark and humorous as the rest of the show. Add all the mind games – literal ones – that may have happened during the pregnancy, and we do really wonder what is in store for the yet-to-be-born baby. Meanwhile, Byron’s dilemma seems far from over, which could spice things up if the show continues.

Read More: Where is Made for Love Filmed?