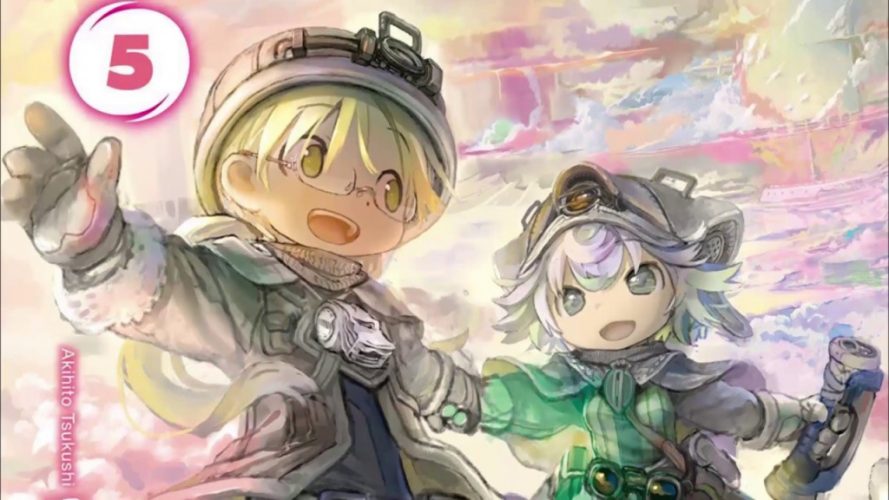 Made in Abyss (also known as Meido in Abisu in Japanese) is a dark fantasy anime television series which is based on a manga series of the same name. Written and illustrated by Akihito Tsukushi, the manga series was first published on Oct 20, 2012. Almost half a decade after its publication, an anime studio called Kinema Citrus picked the manga series up with the intention of adapting it into an anime television series, and Season 1 of Made in Abyss premiered on July 7, 2017. It was an immediate hit among fans of the manga series and new viewers alike, and since then, fans have been waiting to hear news on a second season. Here’s everything we know about the prospects of Season 2 thus far.

Made in Abyss Season 2 Release Date: When will it premiere?

A movie sequel to Season 1, titled Made in Abyss the Movie: Dawn of the Deep Soul (Gekijōban Made in Abyss: Fukaki Tamashii no Reimei in Japanese), premiered on January 17, 2020. With its not-so-conclusive ending, the film hints that there will be another sequel for the anime. Moreover, in the end credits, the film finishes with the words “To Be Continued.” The details regarding the next installment of the series are still under covers but Kadokawa has confirmed that it is underway. Considering the previous release schedule of the anime, we can expect Made in Abyss Season 2 to release sometime in 2021.

Made in Abyss English Dub:

For those who like watching anime shows in English, the good news is that Made in Abyss has a pretty great English dub which was done keeping an international audience in mind. If you want to watch the show in English, you can find dubbed episodes on Amazon Prime Video.

Made in Abyss Plot:

The show is set in a fictional land and revolves around a young orphaned girl by the name of Riko, who lives in the Belchero Orphanage, which is located in the fictional town of Orth. The town, incidentally, is located on the edge of a mysterious and massive hole in the ground referred to as the Abyss, which runs deep underneath the ground.

Deep inside the ground, the Abyss harbors the remnants of a civilization long gone, and is thus the target of “Cave Raiders” – adventurers who venture deep inside the Abyss to collect artifacts and treasures of the ancient civilization. However, the journey to the Abyss and back is not a simple one – most people who enter the Abyss contract a mysterious malady that has the potential to kill, and the effects of the malady get stronger the deeper one goes inside. Known as the “Curse of the Abyss”, the malady has claimed many lives over the years. Despite the risks, cave raiders still venture into the Abyss in search of fortune, and the ones who are exceptionally good earn the legendary title of White Whistle.

Riko’s mother, Lyza, was one such White Whistle but went missing when Riko was a toddler. Having grown up without her mother in an orphanage, Riko longs to be like her and embark on glorious and risky adventures in the Abyss. One fine day, Riko finds a humanoid robot resembling a human boy, and names him Reg. She adopts him and sneakily brings him inside Belchero, and Reg quickly gels with Riko’s close-knit group. However, shortly after this event, Riko’s life takes a drastic turn. One day, a balloon emerges from the depths of the Abyss containing notes about Lyza’s discoveries, and the balloon also brings a message for Riko from Lyza. The message states that Lyza is waiting for Riko at the bottom of the Abyss, and as soon as Riko reads it, she sets her sights on finding her mother. Bidding farewell to her friends, Riko thus descends into the depths of the Abyss.

Made in Abyss Characters:

Made in Abyss has many characters, but Riko and Reg are the only two main characters in the show. Below, we’ve provided you with brief backgrounds on them.

Riko: The main protagonist of the show, Riko is the only child of the legendary cave rider, Lyza “White Whistle”, who gave birth to her while on an adventure in the Abyss. Subsequently Riko was brought to the surface untainted, using a relic called the “Curse Repelling Vessel”, and grew up there. While Lyza was presumed to be dead, Riko’s father, too, disappeared during a foray into the Abyss when she was just two years old. Since then, Riko has been a resident of the Belchero Orphanage and grew up with dreams of following on her mother’s footsteps and becoming a legendary cave raider. To further her dreams, Riko also grew up studying cave raiding, and attained the rank of an Apprentice by the age of 12. Later in the show, Riko follows her mother into an Abyss after a balloon hints that she is alive. As far as Riko’s personality is concerned, she is good-natured and energetic, and has a very inquisitive mind. For her age, she is also remarkably cool under pressure and her clear-headed rational decision making is the reason she and Regu survive the dangers of the Abyss, where many adults have failed.

Regu: The other main character in the show, Regu is a humanoid robot who resembles a young boy. While Regu’s origin is shrouded in mystery, he comes into Riko’s life after she discovers him in the first layer of the Abyss and adopts him. Owing to the fact that he is a robot, Regu has an extremely durable body which can take tremendous amounts of punishment. Further, each of Regu’s arms can be extended to a length of 40 feet, and they have incinerators built into them. However, Regu’s incinerators are a last resort weapon, and even a single shot costs Regu all his energy, and he has to rest for two hours before he can function again. However, what perhaps makes Regu extremely powerful is the fact that his artificial body makes him completely immune to the Curse of the Abyss. While Regu does come off as a formidable combat robot, he is actually very shy and reserved, and can often be seen crying in distress. That being said, Regu’s abilities combined with Riko’s decision making makes the pair a formidable duo.