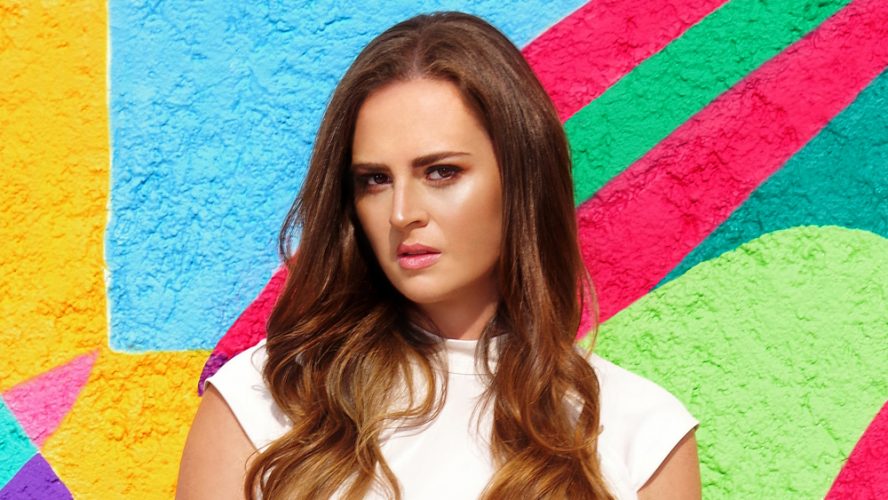 Made In Mexico is Netflix’s very first Mexican reality television series. Netflix first dipped its toe in streaming of original content with House Of Cards in 2013 which became tremendously popular. Original content has been gaining a lot of attention lately with more and more platforms coming into the picture like Amazon, Facebook Watch and Netflix being the biggest one among them. As Netflix has a huge consumer base in Mexico, it decided to release its very first Mexican reality series that follows the luxurious lives of Nine Mexican socialites and an expat trying to get back into the Mexican social scene. It draws a lot of parallel to the reality show Keeping up with the Kardashians being similar in its plots and themes. Mexicans are known worldwide for being Hot blooded, emotional and dramatic and this show gives you just that. Lots and lots of drama.

Made In Mexico Season 2 Cast: Who’s in it?

The show follows the lives of nine Mexicans and an expat and gives us an inside look into their lush and luxuriant lifestyles. Pepe Diaz is a 35-year-old well-known businessman and nightclub impresario who is also known for his playboy image. He wants to turn his life around and settle down, build a new life and image for himself. Kitzia Mitre is a fashion designer who belongs to one of the well-known families in the Mexican social circle. She spends her time between her job in the city and her family’s ranch. She is also a mother to a toddler. Kitzia sits at the top of the socialite chain and controls who gains access to it.

Carlos Giron Longoria is the glue that holds the entire cast together. He is the centre of the Mexican social scene. He has a non-existent relationship with his father, and he keeps himself busy in his multiple careers as a TV host, Actor and a Model. Liz Woodburn is a food-blogger who loves travelling and thinks of herself as an influencer. She recently got engaged and left New York City to come to Mexico to start a new life with her fiancé. She is new to the tightly wounded social circle and plans to make a place for herself.

Columbia Diaz is a fashion model who loves to party. She is stuck in the middle of a love triangle but is not looking for any emotional connections and just wants to focus on her career and philanthropic work. Chantal Trujillo is an American expat who has returned to Mexico to follow the love of her life, sacrificing her job at Vogue in the process. She is struggling to decide whether the decision was right for her and if there is a future in her relationship. Shanik Aspe is a famous television star and former swimsuit model who is passionate about becoming a pop star someday. She is at crossroads in her life and must decide whether she wants to give her dream another chance or settle down and have a family life.

Roby Checa is Kitzia’s brother in law who is an entertainer and always down to party. He is boisterous and is not ashamed of it. He is caught in between his desire to be present at every party and to prove to his family that he can handle his business partnerships and can make it on his own. Hanna Jaff is a politician who is passionate about social causes and runs the Jaff foundation. Her aspiration at times leads to friction in her social circle.

Made In Mexico Season 2 Plot: What is it about?

The show will follow the lives of nine rich socialites and their so-called perfect lives in the tightly knit elite social circle of Mexico. There are a lot of stereotypes that are attached to Mexicans, and this show will give viewers a clear window into Mexico’s “it” circle and help shatter them. The audience will get a chance to get an up close and personal look at the lives they lead and the decisions they make whether good, bad or questionable. As all the characters run in the same social circle and hence there is bound to be friction, drama and a lot of emotion. “Part of the show,” says Columba Diaz, a fashion model, “is to show the world how diverse Mexican people can be — the food, the tastes, the colour, the tradition.”

The show has also been criticized for being a colourist and showing only light-skinned people and encouraging racism. The critics are unhappy as half the population who have darker skin and live in poverty are not addressed at all. People took to Twitter to publically announce their displeasure and accused the show of following the same racist pattern that every TeleNovela follows. When the cast was asked to comment on the issue in an interview Jimenez-O’Farrill said “I am 21 per cent Aztec, Race is in the mind of people; it’s non-existent. It’s been proven by science, over and over again, that we’re all immigrants. We’re all from everywhere. We all came from Africa. The colour of your skin is just your phenotype. I might look Irish, but the Irish per cent of my blood is like 3 per cent. I’m 21 per cent Mexica; I’m a Native American. I might not look the part, but when they say I look ‘too white’ that’s just racism.”

Made in Mexico Season 2 Release Date: When will it premiere?

The series premiered on September 28th, 2018 and consists of 8 episodes. As of now, Netflix has not announced a return for a second season as they are probably expecting a positive reaction from their audiences which will give them the green light. However, looking at the consumer base Netflix has in Mexico, it is more likely that the show might return and an air date for it will be dropped soon.

Made in Mexico Season 2 Trailer:

The trailer of season 2 is not out yet. Till then enjoy the trailer for Season 1.