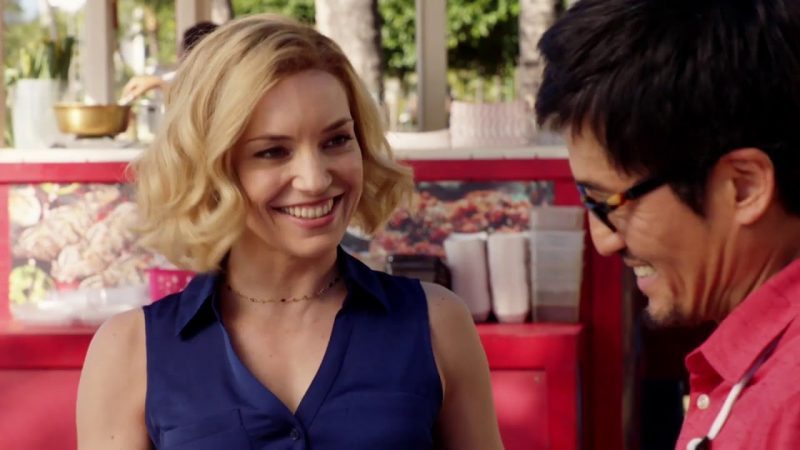 In episode 5 of ‘Magnum P.I.’ season 4, Higgins and Magnum team up to help a groom who suspects that his bride-to-be is up to something ominous. Higgins throws herself into the case, hoping it would distract her from her last session with her therapist. According to Dr. Ogawa, her relationship with Ethan is not working out. To know about more such highlights in the fifth episode, head to the recap. Now, let’s take a look at everything we know about episode 6!

You can watch ‘Magnum P.I.’ season 4 episode 6 by tuning in to CBS at the specified date and time. If you miss the broadcast, you could watch it on CBS’ official website or the streaming service Paramount+. Those who have cut the cord have several other ways to watch the episode, such as Xfinity, DirecTV, Fubo TV, YouTube TV, and Hulu+Live TV. Additionally, you could purchase single episodes or entire seasons on Spectrum, Microsoft Store, Amazon Prime Video, iTunes, Google Play, and Vudu.

The sixth episode, titled ‘Devil on the Doorstep,’ will bring back Higgins’ long-drawn connection with the MI6 while Magnum finds a different case. In the meantime, Rick will encounter someone from the past, which might put him in danger, but TC will have Rick’s back. The visitor might be guarding something dangerous, and TC will make sure nothing terrible happens to his friend. Magnum will be hired by a journalist who is looking for an anonymous source as they mysteriously go dark. Here is a promo you can watch!

Higgins receives unwanted advice from Dr. Ogawa, her therapist, in the latest episode titled ‘Til Death.’ Instead of focusing on that, she throws herself into a new case in classic Higgins fashion. A groom named Aidan wants her and Magnum to do a background search on Serena, his mysterious bride-to-be. The first thing they learn is that her real name might be Kate. Aidan confronts her only to be fed with words that sound like lies.

Kate claims to have an ex-husband, who is obsessively after her, so she had changed her name to Serena to start a new life with Aidan. Magnum and Higgins had seen her interact with the same man she is referring to as her ex-husband, but they don’t buy her story. Magnum later follows the man and watches him die in front of his eyes. It turns out that the bride has killed him by poisoning the money she handed him in exchange for walking free.

Moments before the wedding, Kate makes a grand escape as Magnum and Higgins realize that the woman is actually a known hitwoman who kills for money. As soon as they find her MO, Aidan realizes that it is similar to the way his ex-wife was killed. When Kate is finally caught, she reveals that she truly cares about Aidan. Moreover, it was his ex-wife who initially hired her to get him killed. Yet, the killer fell in love with the victim, prompting her to switch her target.

Even if Kate is arrested, she escapes the US Marshall’s custody and runs off to find Aidan. He admits that he could never stop loving her, and so they pack their bags and leave the place together. Magnum is touched by this unusual love story while Higgins feels a pang of uneasiness as she thinks about Ethan. Meanwhile, TC helps out a homeless recruit by letting him stay inside Island Hopper’s office.