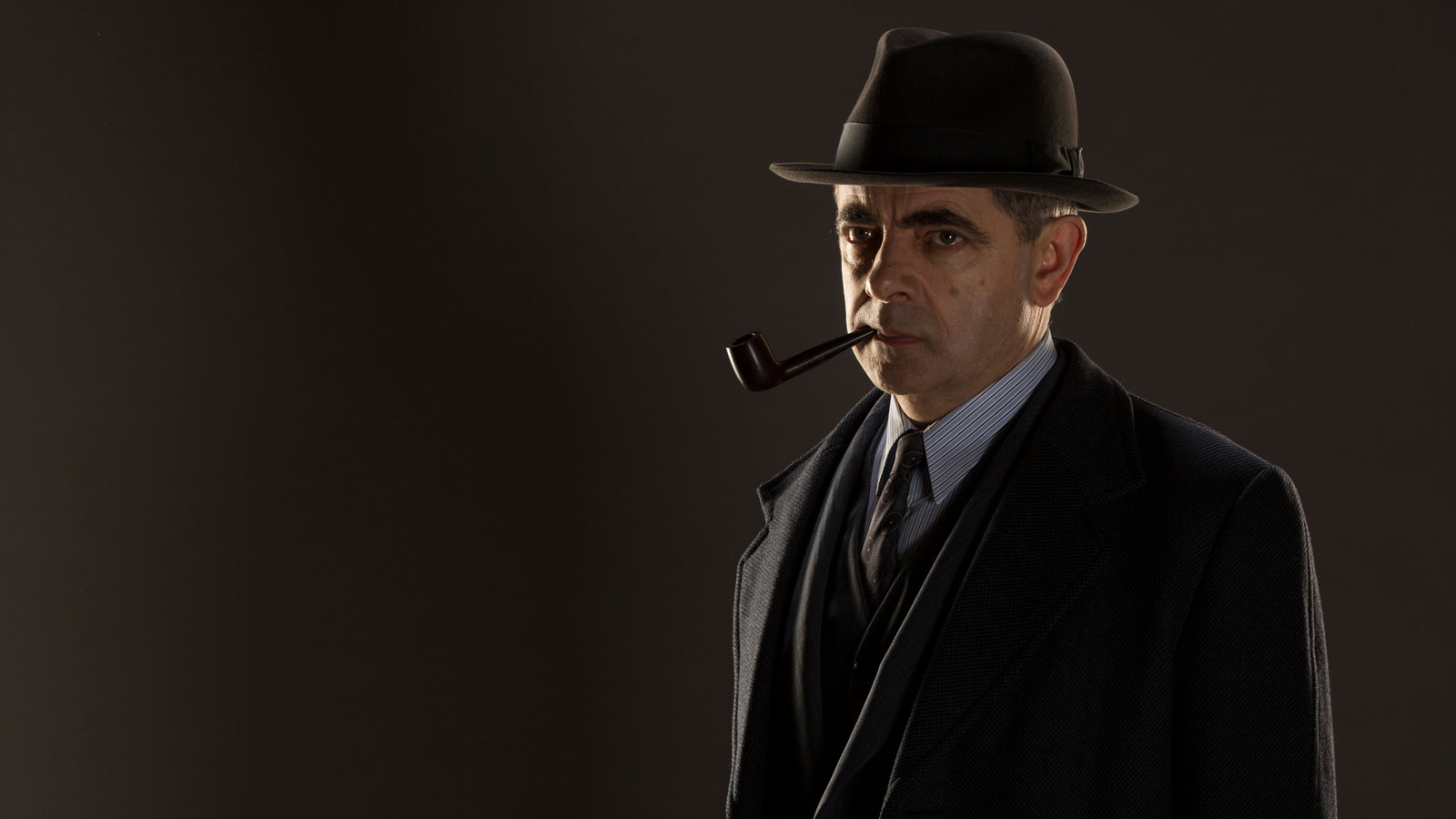 Cable network Ovation is known for its success with foreign titles, such as the British thriller ‘Riviera‘ and French period drama, ‘Versailles‘. ‘Maigret’, a detective series set in 1950s France, is its latest addition. The show follows the world-renowned, fictional, and titular character, Jules Maigret. The show’s original home is ITV, where it first premiered on March 28, 2016. The stories featured on the series are adapted from the novels by Georges Simenon.

Maigret Cast: Who is in it?

The cast of ‘Maigret’ is led by Rowan Atkinson as Chief Inspector Jules Maigret. Of course, all of us will immediately recognize him as the fan-favorite ‘Mr. Bean‘ and for his appearance on ‘Johnny English’. Joining him is Lucy Cohu (‘Becoming Jane’) as Madame Maigret, Shaun Dingwall (‘DCI Banks’) as Inspector Janvier, Leo Staar as Inspector LaPointe, Mark Heap as Doctor Moers, Hugh Simon as Dr. Paul, Colin Mace as Inspector Lognon, and Aidan McArdle as Judge Comeliau.

Maigret Plot: What is it about?

After BBC started developing its own television versions, adapted from the Agatha Christie novels, fans wondered what would be ITV’s comeback answer. Well, not soon after, it launched its own period classic, ‘Maigret’. Created by Georges Simenon, Jules Maigret first appeared in print way back in 1931. The character became so popular that Simenon wrote more than 75 novels, featuring this heavy-coat-adorning and pipe-smoking detective as the protagonist. The sales of his books crossed almost a billion on the global platform.

An adaptation of his novels is ‘Maigret’, which chronicles the adventures of the titular, Paris-based detective. Maigret’s style of investigation is quite unique and different from that of other prominent names from this genre, including ‘Sherlock Holmes‘ or ‘Hercule Poirot’. His crime-solving technique involves scouring shady streets and asking questions to random bystanders. He is quite patient, extremely measured, and waits for time to offer him answers. In fact, rather than studying crimes, he deeply delves into the minds of people. He dives into the case and then depends on his intuition to finally crack it.

On the tv adaptation, one of the cases is about a series of murders that plagues Paris during a prolonged summer of 1955. A serial killer stalks women with brown hair and stabs them to death, in and around the district of Montmartre. After the cops fail to unearth any clues and the press starts demanding answers, Maigret is assigned the case. He launches a mission by sending a team of undercover policewomen, disguised with brown wigs, to lure the killer. They do manage to catch a suspect, but when another murder takes place, Maigret is compelled to abandon his theory and adopt a fresh approach.

Again, one day, the police receive a call from a man who claims that someone is out to kill him. However, before Maigret can ask him about the details, he disconnects the call, and starts calling from multiple cafes. The calls do stop eventually, but the same night, his corpse surfaces. Full of guilt, Maigret vows to catch the murderer.

Another case is about a Jewish jeweler, whose body is discovered in the car of a Danish resident, living with his sister. He is called in for questioning, but he denies all allegations. Unable to establish his real identity, Maigret partners with a former colleague to crack the case. On one more episode, we meet a dancer named Arlette, who arrives at the police station, claiming that the life of a countess is in danger. However, afraid and distrustful, she soon leaves. Later, both her and the countess’ bodies are found. Maigret takes up the task of unraveling the link between these two women and hunting for the killer.

‘Maigret’ is a stylish, gripping, and nostalgic thriller, which wonderfully captures the feels of 1950s Paris. Its rich layers, atmospheric backdrop, and classic old-world charm make it a compelling watch.

Maigret Season 3 Release Date: When will it premiere?

‘Maigret’ season 1 and season 2, aired on ITV in 2016 and 2017 respectively. Both seasons consisted of two episodes each. The series, in all its entirety, premieres on Ovation on August 31, 2019, at 7 pm ET. The four episodes span a period of four weeks on the network.

Although ‘Maigret’ did arrive with a promising concept, surprisingly, ITV announced in May 2018 that the show stands cancelled. There are “no current plans” for more ‘Maigret’. Even after it garnered around six million viewers during the finale’s release, it seems the scripts were written for only four adaptations.

Now, with the series being released for its US audience by Ovation, we can only stay hopeful that there’s some news about its further development. Obviously, there is no dearth of source material — Simenon’s 71 novels still remaining to be narrated on tv. As soon as we hear anything about ‘Maigret’ season 3 release date, we will update this section.

Below is the official trailer for ‘Maigret’.