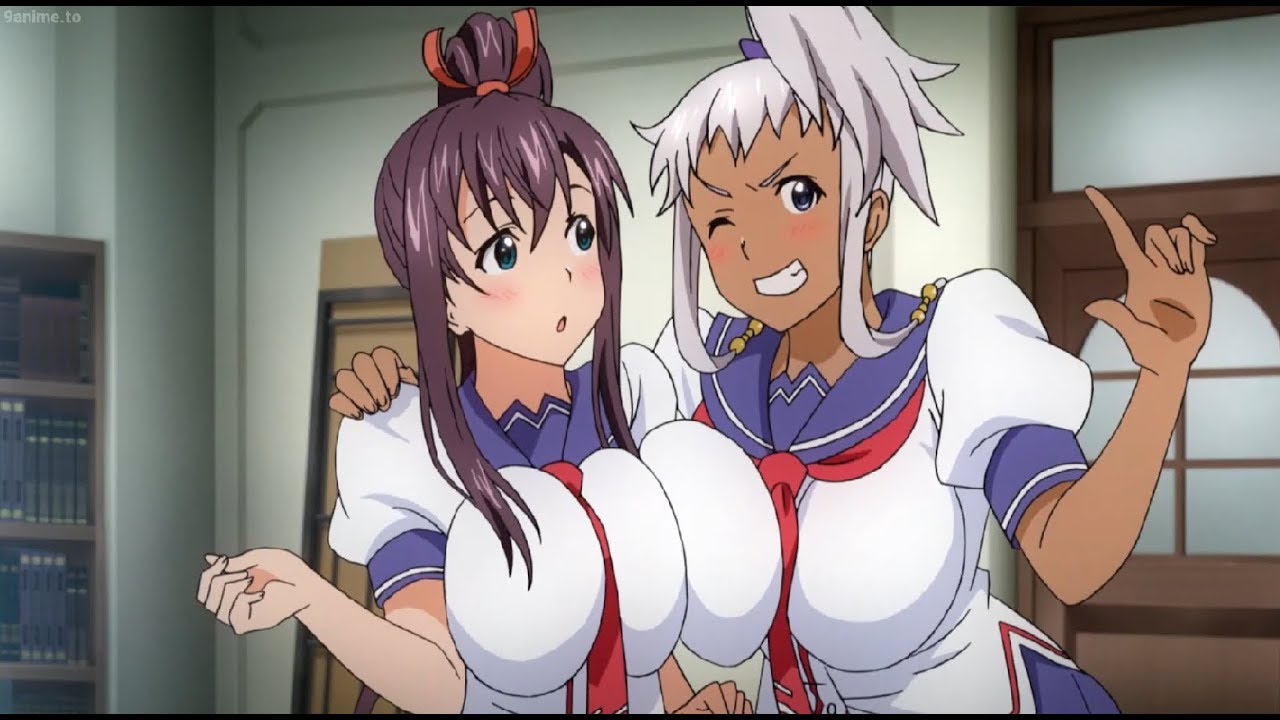 If you’re looking for another anime that screams “screw the plot” and only fulfills your guilty pleasures, ‘Maken-Ki’ is the perfect show for you. Don’t get me wrong. If you compare the first season of ‘Maken Ki’ with other typical Ecchi shows, you’ll be surprised to see the amount of depth it holds. But unfortunately, Season 2 treads the same old path of unnecessary breast-gags and awkward fanservice. While this may be a big turn off for many viewers, some might just enjoy its overall approach to the whole magical high school setup.

All in all, even if you despise Ecchi, you should certainly give it a shot as there are times when it offers a lot more than that. There is nothing exceptional about it and its story does hold a lot of potential but somewhere along the way, it just goes a bit overboard with its unnecessary cheap thrills. To know more about its sequel, read the next section.

Maken-Ki Season 3 Release Date: When will it premiere:

‘Maken-Ki’ season 1 premiered on October 5, 2011 and with a total of 12 episodes, it ended on December 21, 2011. This was then followed by a 2-episode OVA which aired from Mar 1, 2012 to Sep 25, 2013. Soon after this, season 2 premiered on January 16, 2014 and went on till March 20, 2014. For the most part, ‘Maken-ki’ is just a generic Ecchi anime that offers nothing distinctive. Even then, soon after its release, it gained a lot of popularity. Considering its genre, the first season was very well received by most fans but season 2 was thrashed because of its lack of originality.

Even after this, many diehard fans of series believed that it would return with a season 3. In the year 2016, there were rumors that the sequel is already in production, unfortunately, probably because of lack of funds, it was never released. Since there is no official word about it yet, there isn’t much we can say about its renewal. But assuming that the creators are considering its return in the near future, we can expect ‘Maken-Ki’ season 3 to release sometime by 2021. Till then, you can check out the shows on our list of other similar Ecchi anime.

The English Dub of Maken-ki is available on Funimation.

‘Maken-Ki’ is all about the misadventures of a young boy named Takeru Ohyama whose perverted dreams come true when he gets to the only male student in his new high school. Without the hassle of writing an entrance exam, he easily gets in but to his disappointment, everything is not as simple as it initially seemed. All the students of this new school have special item called Maken. Each Maken consists of unique magical ability and allows the rightful owner to use these during duels. Takeru must now find his own Maken and at the same time, he must also learn to adapt to his whole new environment.

The second season again revolves around boy’s setbacks at the high school where he becomes a part of the newly created Security Committee. With his team of other Maken holders, he battles against those who use their Maken for evil deeds. In the meantime, as he slowly starts adapting to the world around him, his relationships with the girls of his get even more complicated.

Haruko, a pale-skinned girl, is one of the main protagonists of the series. She is a sophomore student at the academy and later becomes the vice-president of the newly found Student Council Security Division. She is Takeru’s childhood friend and is known to be one of the strongest maidens in the school. She later starts liking Takeru which leads to an intense rivalry between her and the other girls who are into him. She is quite popular and most students really admire her because of her kindness. Despite being really powerful, she is modest about her abilities and instead of boasting about herself, she usually praises others.

After being appointed as the vice president of the Security Division, she takes it upon herself to maintain order in her surroundings. She has a very strong sense of justice and follows a fixed set of morals and ethics. Even after knowing that she can easily defeat most of her opponents, she is a pacifist. But all of her maturity fades away when it comes to anything that is related to relationships. After falling for Takeru, she becomes a typical tsundere girl who acts all possessive about him and even picks up fights with those who try to flirt with him. But she never really confesses her true feelings to him and even Takeru never really realizes how much she likes him.

Kodama is another main character of the series who is a student at the Academy and is also a member of the Student Council Security Division. She is a beautiful slender girl with long blond hair and she usually sports gothic lolita outfits. She has inherited her Shikigami from her mother and every time she uses it, the color of her eyes changes. She is also a little insecure about her body as she is not as curvy as the other girls around her and often gets very sensitive when someone passes any comments on her. Like many other female characters of the anime, she also develops feelings for Takeru much later.

Takeru is a new student at the Academy who later becomes a prominent member of the Student Council Security Division. Initially, when he joins the academy, he holds no prior knowledge about its curriculum. But after moving there, he realizes that it’s an all-girls school where everyone possesses magical abilities. He is very helpful and kind towards those around him and has a very perverted mind. After knowing that his own mother died in a duel, he hates the whole idea of dueling with the girls of his school. But later, he tries to face the insecurities of his past and gets over his fear of dueling women.