Making It Season 3: Everything We Know 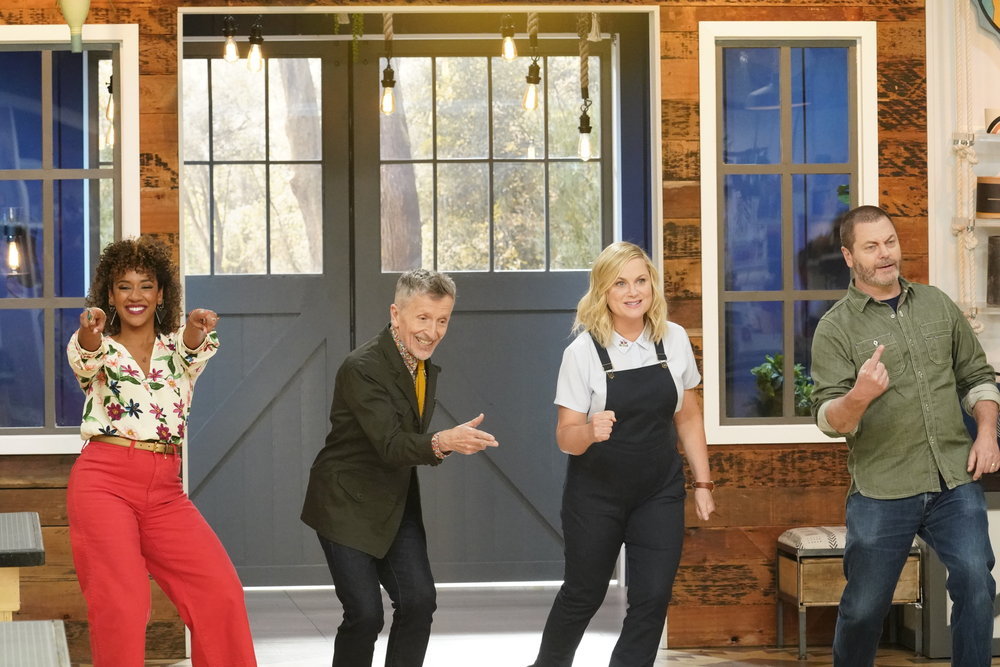 ‘Making It’ is a reality competition series that features craftspeople competing with each other to be the “Master Maker” and win the grand prize of $100,000. The show, which was originally titled ‘The Handmade Project,’ premiered on July 31, 2018. Hosted and co-produced by Amy Poehler and Nick Offerman, it has been received very well among the viewers and has amassed solid ratings. Since the show has already been renewed for the third season, fans must be curious to know when they will be able to watch the new season. Here is what we know!

The good news is that the series has been renewed for a third season on January 11, 2020. However, there has not yet been an official announcement regarding the release date. However, given the significant passage of time since the renewal announcement, we can expect ‘Making It’ season 3 to release sometime in 2021.

The show’s hosts – Amy Poehler and Nick Offerman – are both familiar faces on the screen and have worked together in ‘Parks and Recreation.’ Amy Poehler is a Golden Globe Award-winning actress and has received a star on the Hollywood Walk of Fame. However, she wears many hats – Amy is a comedian, director, writer, and producer. She also features in productions such as ‘Baby Mama’ and ‘The House.’

Nick Offerman is a multi-faceted star whose notable works include a long list of films and televisions series, some of which are ‘The Founder,’ ‘22 Jump Street,’ ‘Childrens Hospital,’ and the 2015 series ‘Fargo.’ He is also a professional boat builder who makes furniture, canoes, and boats, along with a side business as a wood craftsman.

Apart from the hosts, the show also features the famous designer Jimmy DiResta as the Shop Master. Experts Simon Doonan and Dayna Isom Johnson are the judges on the show. Simon is a Creative Director at Barney’s, whereas Dayna is a trend expert. Season 2 brought together ten contestants, out of which Justine Silva emerged as the winner. The hosts will most likely return for season 3, along with the judges and the Shop Master. We may see a few exceptions and some new faces.

What is Making It about?

Each season, the show takes in a limited number of contestants (referred to as “Makers”) skilled in different creative media. Every episode revolves around a central theme based on which the contestants are tasked with two types of challenges – Faster Craft and Master Craft. They are given three hours to put together their interpretation of the theme and complete the Faster Craft.

In comparison, more time is given for Master Craft, which is a more elaborate affair. Contestants earn a patch with every challenge they win. Based on how they perform on Master Craft, one person is sent home at the end of each episode, while the others move to the next round. In the end, one person wins the title of “Master Maker” and takes home $100,000.

Season 3 will follow the same format and bring us new themes and new DIY projects. A much-appreciated element of the show is the dynamics between the contestants, who are helpful, generous, and considerate to their fellow Makers. Each of the Makers also gets an opportunity to share their back story, giving the viewers a glimpse into who they are as individuals.