Making It Season 4 Release Date: Everything We Know 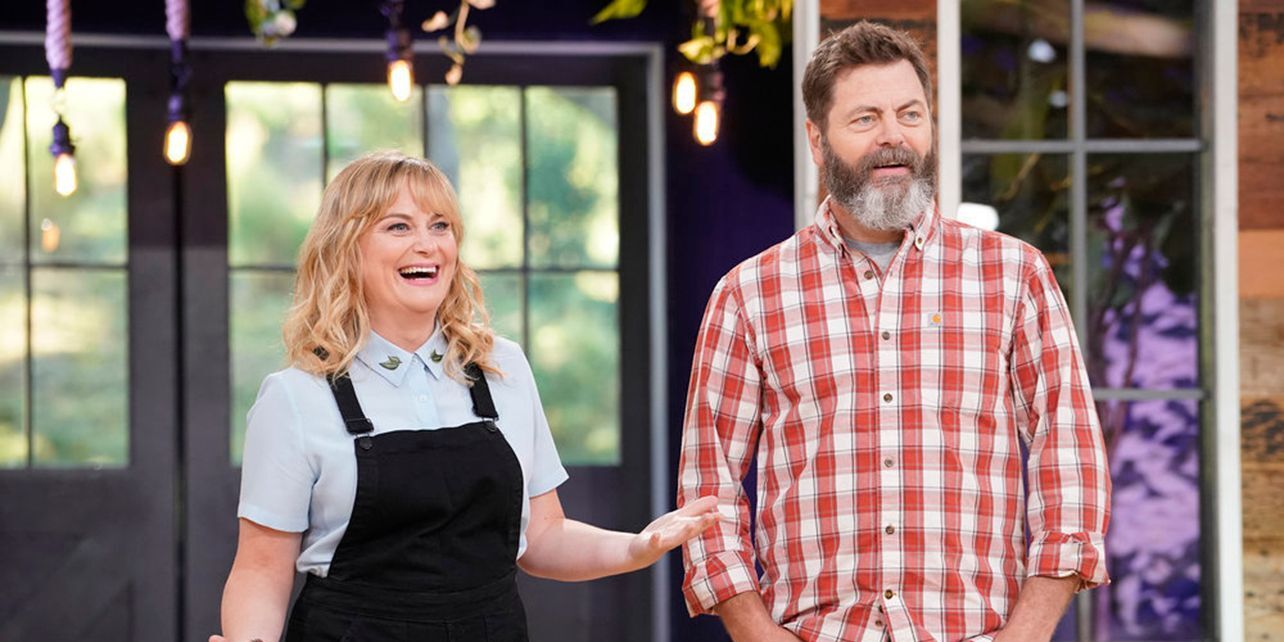 ‘Making It’ is an unscripted show on NBC that brings together talented individuals for a friendly craft competition. People skilled in different media compete for the title of “Master Maker” and $100,000. The series initially released on July 31, 2018. It is particularly loved for its feel-good element, which sets it apart from other competition shows. The critics also praised how the show shines a light on the backstories of the contestants, which helps viewers relate to them. Since people enjoy the equation between Amy Poehler and Nick Offerman, it works very well for this reality show. Are you wondering if there will be a season 4? Here is everything we’ve got!

With regard to the fourth round of the series, here is what we know. NBC has not yet made a formal statement regarding the show’s future. Even though the ratings are not exactly stellar, there are several reasons why we think the show might be recommissioned. The series does not seem to be too expensive to produce. Moreover, it is no news that the pandemic caused people to try their hand at creative activities. Many people tried honing their culinary and baking skills, while others dabbled in DIY and crafting projects. So, it seems that a series like this would definitely be a welcome addition to NBC’s TV schedule.

One of the highlights of the show is that the stakes are low for the contestants, and the environment is not too competitive. It has even spawned a spin-off called ‘Baking It,’ which was announced in May 2021. New seasons of the craft-based series typically arrive after a gap of 17-18 months. Therefore, if it bags the order for another installment soon, we can expect ‘Making It’ season 4 to release sometime in Q4 2022.

Making It Season 4 Hosts and Judges

The series is co-hosted by Amy Poehler and Nick Offerman, who you might recognize as co-stars in the NBC sitcom ‘Parks and Recreation.’ The duo received a Primetime Emmy nomination for Outstanding Host for a Reality or Competition Program in 2019 and 2020 for their work in this competition series.

Dayna Isom Johnson and Simon Doonan appear as judges on the show. Dayna serves as an Etsy trend expert as she discovers the latest designs. She is responsible for unearthing and demonstrating new DIY projects for the crafters. On the other hand, Simon is the Creative Ambassador for Barneys New York. He brings to the table his expertise and experience of more than 35 years in the fashion industry.

As the Wood Shop Master on the show, Jimmy DiResta’s job is to be an additional resource to the contestants and help them in the woodshop if there is a need. You might recognize him from series such as ‘Trash to Cash,’ ‘Dirty Money,’ and ‘Hammered with John & Jimmy DiResta.’ Therefore, we expect all the abovementioned people to continue their responsibilities in the potential fourth season. In each installment of the show, 8-10 contestants compete with each other. So, expect to see a whole new batch of competitors in season 4 if it happens.

What can Making It Season 4 be About?

The competition takes place in the signature barn set-up, where skilled craftspeople compete in several challenges to win $100,000. Every week, they must create two handmade projects in the “Faster Craft” and “Master Craft” rounds of the competition. While they only get three hours to complete the project in the Faster Craft round, they get additional time for the Master Craft project, which has a more elaborate theme. The latter round determines which contestant goes home. Similarly, we can expect season 4 to introduce a new set of people as they participate in new and creative challenges.

Read More: Where Is NBC’s Making It Filmed?