‘Making It’ Renewal Status: Here’s All We Know 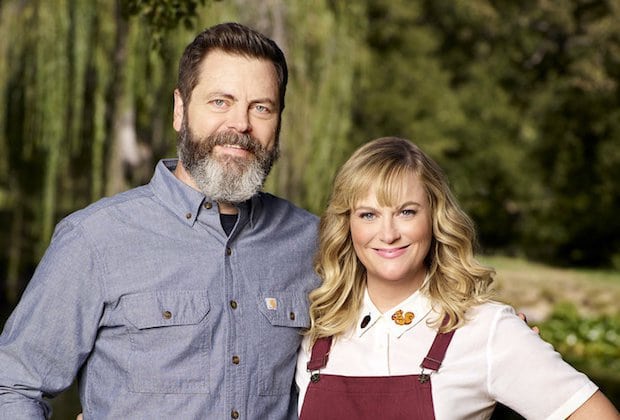 There are a great many reasons that PBS’ ‘The Great British Baking Show’ deserved the accolades it achieved in its home country – but its success across the Atlantic underlined a grave crisis of the US reality TV scene by the early 2010s. In the US, reality TV, by and large, relied on the Dutch formula: the breeding of self-sustaining dramatic arc through conflict.

Nearly every iteration of a reality game show formula around this time was banking on fierce competition. Being competitive would be an element of sincerity in isolation, but in practice, the shows had the common theme of having contestants at each others’ throats – recoursing to sabotage, manipulation, and dominance rather than sportsmanship (this was especially an innate feature of the Big Brother clones).

When the Great British Baking Show cropped up on US networks, it was a breath of fresh air simply by the virtue of being ‘nice’. This counter-current nature of the show has left a legacy in its wake – and the best example is NBC’s recent ‘Making It’, which adopts the formula into a show about sculpting. It first premiered on NBC on July 31, 2018, after which it was renewed for a second season. Here’s everything we know about ‘Making It’ season 3.

Making It Season 3 Release Date: When will it premiere?

On January 11, 2020, NBC renewed the series for a third season. The announcement did not come as a surprise since the second season attracted strong numbers, averaging a 0.7 and 2.6 million viewers overall in Live+7. NBC has not confirmed a release date for the upcoming season yet. Our best guess is that Making It season 3 should premiere sometime in December 2020.

Who are the hosts of Making It?

NBC was quick to recognize that the genre they were trying out is comparatively new to the usual NBC showreel – so instead of depending upon the niche appeal to gather viewership, they went for the gold old star-cast approach. ‘Making It’ is hosted by Amy Poehler and Nick Offerman. They certainly need no introducing, but for formality’s sake: both skyrocketed to fame mostly due to ‘Parks and Recreation’, arguably the only show in ‘The Office’ vein to match up to The Office’s ingenious quality.

Needless to say, the Parks and Recs stars have a longer CV than you would think: Offerman has been in over 30 films and twice as many TV gigs – including Noah Hawley’s critically acclaimed Fargo (2015), and most recently, in the Amazon miniseries adaptation of Good Omens, while Poehler was once a regular member of SNL.

Other than Offerman and Poehler, the show also stars ‘Dirty Money’ co-host and famous designer Jimmy DiResta as the ‘shop master’. On the judges’ panel, Making It has Barney’s creative ambassador Simon Doonan and Dayna Isom Johnson. Alongside the hosts and judges, we meet a group of contestants in each season. Season 2 introduces us to eight talented participants, with Justine Silva being crowned as the winner in the finale.

Both Offerman and Poehler are expected to return for season 3 to resume their hosting duties.

What is Making It about?

The context in which one must discuss ‘Making It’ is invariably the context of reality-competition shows in general. At the risk of repeating ourselves, it must be stressed that the norm in this genre is to crank ‘competition’ up to the eleventh gear: the ‘Survivor’s of major networks specializing in this school of shows all follow the trend of fierce competition and Machiavelian antics – meritocracy taken to the extremes.

Naturally, some may find this aspect appealing – but NBC can afford to go against this trend. ‘Making It’ marks NBC’s first major foray into the genre, and NBC goes mostly by the tone Parks and Rec holds. The dead giveaway is the use of soundtracks. The ‘Survivor’ and its ilk use their orchestra to stress the melodrama they wish to produce, but ‘Making It’ is, more than most shows, about the actual craft it focuses on – it is laid-back and comfy in tone, and supportive towards its contestants.

The show’s premise is nothing complex: it is a reality competition show (think along the lines of ‘The Great British Bake-off’) that focuses on DIY craftsmanship. It takes eight ‘makers’ who all work in different mediums and disciplines and puts their craftsmanship skills to test. There is a distinct impression of ‘Project Runway’ here, as the contestants are often presented with oddly specific themes and unconventional materials they must work with. The rest of the formula is predictable if you watch shows like this regularly (add to that an obsession over puns), so we will skip to the part you are probably here for the hosts.

The first disclaimer should state that Nick Offerman is not the judge – so you do not get to hear the exact kind of Ron Swanson wisecracks you were hoping for. However, this is hardly an issue. Most of the screentime is spent in the workspace of the contestants, and Nick and Amy act as de facto mentors there. As expected, they are excellent as hosts, and their off-screen friendship and chemistry also add a dynamic that is rare among host duets.

While we wait for an update on Making It season 3 release date, here’s the first look of season 2.