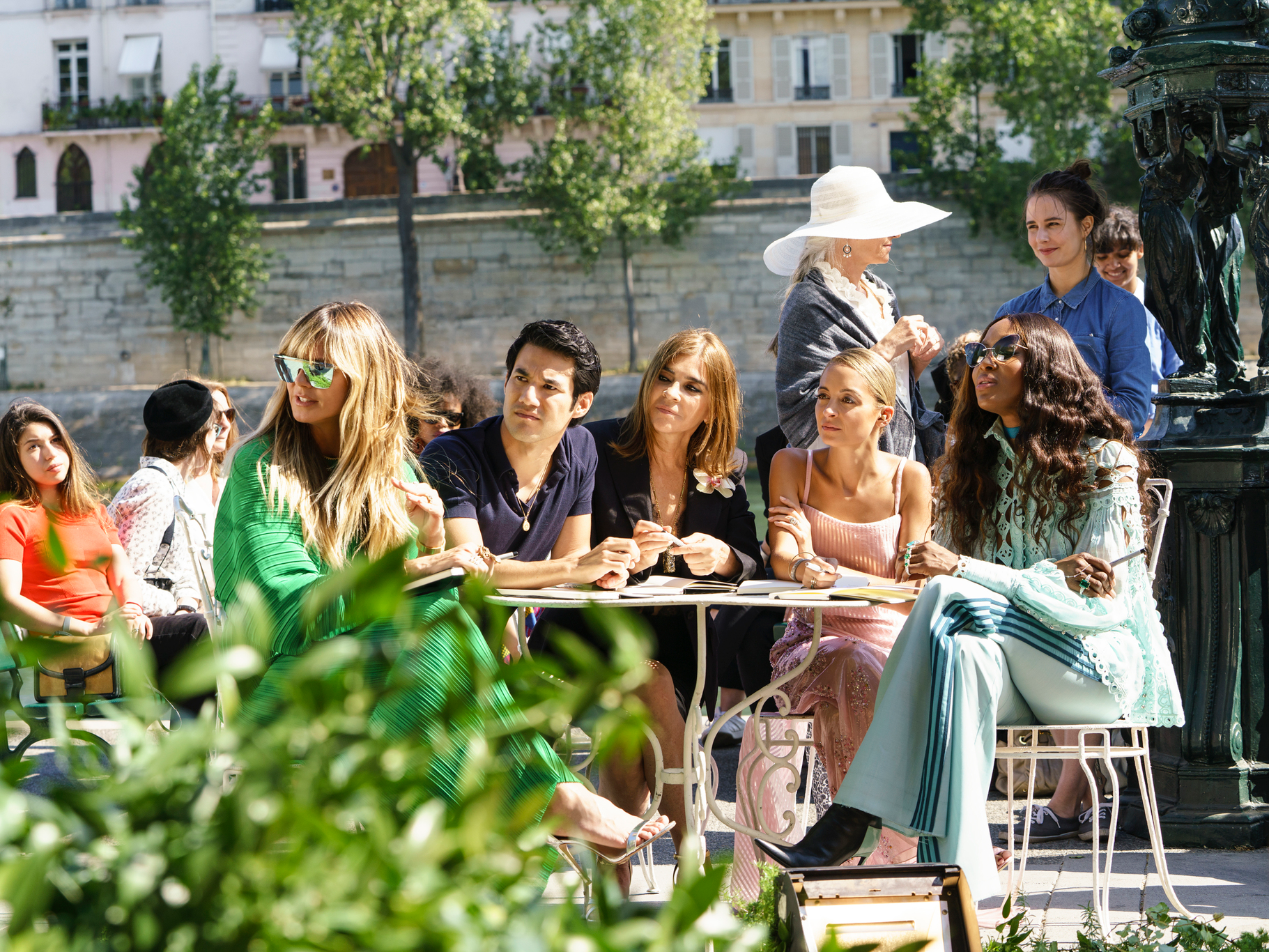 Making the Cut, Amazon’s ambitious fashion competition, dropped two of its episodes this week on March 27, 2020. However, one of the distinctive aspects of this contest, as compared to other similar shows, is its featured contestants. The designers are not novice, up-and-coming newbies; they already have their established brands. The series just aims to give them the required exposure so that they can take their business to the next level. So, the standards of the contest are really high and the stakes are even higher.

The premiere episodes introduce us to 12 very talented designers, who hail from different parts of the globe. Hosted by Heidi Klum and Tim Gunn, we also get to meet the judging panel, comprised of Naomi Campbell, Nicole Richie, Carine Roitfeld, Joseph Altuzarra, and Chiara Ferragni.

The competition then immediately takes off from here — and we follow the crew to a fashion show that takes place before the Eiffel Tower in Paris. The first assignment asks the designers to create a two-look brand snapshot. The next assignment requires the participants to make a two-look, Haute-Couture inspired mini collection for a fashion show, which is held at the Musée Des Arts Décoratifs.

After an explosive debut, where we already saw two designers being eliminated, the show is now all set to release its next episodes. Here’s when Making the Cut Episode 3 will premiere on Amazon Prime.

Making the Cut Episode 3 Release Date: When Does it Premiere?

‘Making the Cut’ episodes 3 is scheduled to release on Friday, April 3, 2020, at 12 AM ET. The show will release two new episodes at the same time slot every week and will run for 10 episodes.

Where to Watch Making the Cut Episode 3 Online?

Making the Cut is an Amazon original; so our recommendation is to subscribe to the streamer and catch the episodes as and when they air every Friday on the platform. You can stream Prime on any gadget, such as tablets, smartphones, gaming consoles, desktops, or streaming devices like Roku, Apple TV, Chromecast, AirTV, Amazon Fire TV, and more.

The third episode of Making the Cut is titled Collaboration. Heidi Klum and Tim Gunn task the rest of the 10 contestants with one of the toughest challenges: they need to collaborate with each other. The designers are teamed up in pairs of two and they must use their mutual ideas to create a 3-look collection, that will be showcased on a runway show on the banks of the River Seine. While one of the contestants need to rectify his partner’s costly mistake, another team requires to overcome their creative differences in order to stay in the contest.

In episode 4, the participants get a special assignment from Tim. They are given a time frame of seven hours, within which they need to create a one-look, using only leftover fabric and supplies. The designers have to battle it hard to avoid being eliminated and are forced to stretch their creative limits to the max.