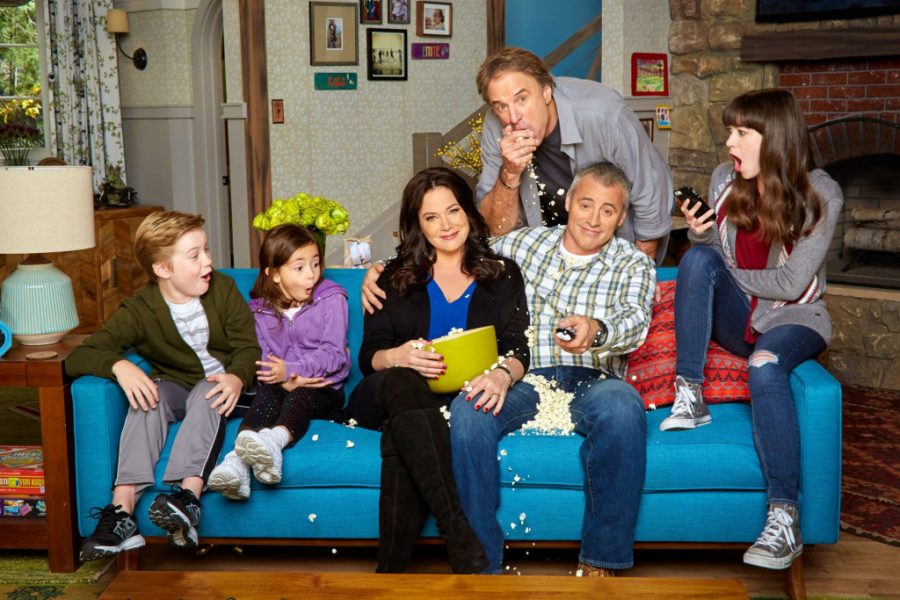 ‘Man with a Plan’ is an American sitcom television series that airs on the CBS network. Created by Jackie Filgo and James Filgo, the show follows an old-school dad who learns the hard way that parenting is no easy is task.

‘Man with a Plan’ is a relatively new show, and Season 1 premiered on October 24, 2016. Despite receiving terrible reviews from television critics, the show was renewed for a second season, which made its way to viewers’ screens on November 13, 2017. Subsequently, on May 18, 2018, CBS announced that ‘Man with a Plan’ had been renewed for a third season, which then premiered on February 4, 2019. Now, fans are wondering whether the show will return for yet another season. Here’s what we know so far.

Man with a Plan Cast: Who is in it?

The show primarily revolves around the Burns family, and as such, it does not have an extensive list of cast members.

Leading the pack is Matt LeBlanc of ‘Friends’ fame, who plays the protagonist and the patriarch of the Burns family, Adam Burns. Meanwhile, Liza Snyder essays the role of his wife, Andi Burns. As far as the Burns children are concerned, Grace Kaufman plays the role of the eldest child, Kate, who is a sassy and rebellious teenager who often ends up feeling embarrassed by her parents’ antics. Matthew McCann, meanwhile, plays the role of the dim-witted middle child, Teddy, who is often the butt of all jokes owing to his low intelligence. The youngest child, six-year-old Emme, is played by Hala Finley.

Additionally, Kevin Nealon plays the role of Adam’s dim-witted elder brother, Don, who manages sales for their family business. Kali Rocha, meanwhile, plays the role of Don’s wife Marcy. Stacy Keach, too, features in the show every now and then as Joe Burns, the overbearing father of Adam and Don. Apart from the Burns family, Matt Cook plays the role of Lowell, a stay-at-home dad and a friend of the Burns’ who uses statistics for optimal parenting and idolizes Adam as his mentor.

If ‘Man with a Plan’ is renewed for a fourth season, we expect all the aforementioned cast members to reprise their roles.

Man with a Plan Plot: What is it about?

As is evident, the show’s central focus is on the Burns family and their constantly evolving relationships with each other.

Set in suburban Pittsburgh, the story picks up when Andi decides to go back to work, leaving Adam with the responsibility of bringing up the three Burns’ children. An old-school and dominating father, Adam’s already daunting task of parenting new-age kids is made even more complex owing to his contracting business, which he runs with Don. On one hand, Adam has to run his business, and on the other hand, he has to raise his three children to become responsible and lovable human beings. Soon, we find Adam out of his wits as he struggles to keep his business running and raise his children in the absence of Andi. Realizing that he has no choice apart from dealing with all these situations at hand, Adam tries to become the “man with a plan” as he looks to organize his life and live up to what is expected of him.

Adam’s constant struggle to balance business and parenthood often lead to a comedy of errors, as do the constant clashes he has with his kids owing to their generation gap and difference in attitudes.

Despite the show’s attempts to be a light, funny, and heartwarming drama on modern day parenting, it failed to make any significant impact on television critics. Season 1 of the show was given an extremely poor score of 21% on Rotten Tomatoes, and critics called it out for its unimaginative writing and poor acting. However, ‘Man with a Plan’ fares better among audiences, and has a better-than-average rating of 6.9/10 on IMDb.

Man with a Plan Season 4 Release Date: When is it coming?

‘Man with a Plan’ season 3 premiered on CBS on February 4, 2019, but, as of now, there is no word on whether the show will live to see another season. Here, it should be noted that the show’s viewership has consistently, yet marginally declined over the three seasons that have aired. To make matters worse, so have each season’s ratings. While a consistent decline in viewership and ratings generally spells doom for TV shows, that has not been the case for ‘Man with a Plan’ yet – despite declining ratings and viewership, and poor reviews, the show has already crossed the 50 episodes mark.

As far as next season goes, we have good news for the fans. On May 10, 2019, CBS renewed the show for another season. Even though no release date was announced, we expect Man with a Plan Season 4 to release sometime in April or May, 2020. We will update this section as soon as we hear more.

Man with a Plan Trailer:

While we wait for a release date of ‘Man with a Plan’ season 4, here is a preview of Season 3 so you can get a glimpse into the show and the story thus far.