The Mandalorian Season 1: Everything We Know 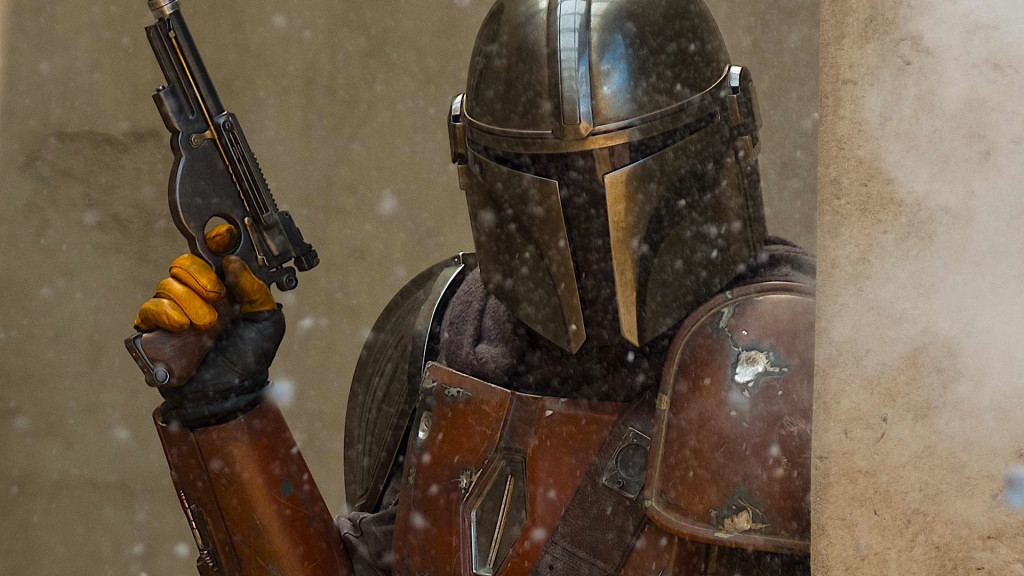 ‘The Mandalorian’ is an American space opera television series that is set to air on Disney+. Its release date is set as November 12, 2019. Since the show is set in the ‘Star Wars‘ universe, which was created by George Lucas, the production company backing the project is the one that Lucas himself established, vis-a-vis, Lucasfilm. The show has been created by Jon Favreau, known for having helmed films like ‘The Jungle Book‘, and ‘Iron Man’. Favreau also serves as the executive producer along with Dave Filoni, Kathleen Kennedy, and Colin Wilson.

Having acquired Lucasfilm, Dinsey Studios has amassed a lot of content, and their streaming platform is likely to host offshoots of these iconic franchises, which are bound to draw viewers, and tap into the existing strong fan following to make the shows popular. Disney+ will be opening big, and apart from ‘The Mandalorian’, they have also announced other content from the Marvel Universe like a show on Loki and Falcon and Winter Soldier.

The Mandalorian Cast: Who is in it?

The cast of ‘The Mandalorian’ is quite impressive with talented names on the roster. Pedro Pascal, famous for his role in ‘Narcos‘ and ‘Game of Thrones‘, appears as the titular protagonist, that is, the Mandalorian gunslinger himself. He is joined by Giancarlo Esposito, who is best known for playing Gus Fring in ‘Breaking Bad‘, and Nick Nolte who is best known for his role in films like ‘Cape Fear’.

Werner Herzog, who is one of the most respected names in the international film community, is also set to appear on the show, although the details of his role remain unknown. Nonetheless, the presence of a stalwart like Herzog just goes to show how special the show is.

Other notable actors who appear on the show are Gina Carano in the role of Cara Dune. Cara has been described as an ex-rebel Shock Trooper, who has a hard time readjusting to civilian life after the Galactic Civil War. Nonetheless, from what we have seen of the character, she packs some mean moves and could be a worthy ally or adversary on the battlefield.

Carl Weathers, famous for his roles in ‘Rocky’ and ‘Predator’, plays the role of Greef Karga. Greef is an underworld shadowy figure who hires mercenaries to get some odd jobs done. This puts him in the path of the titular Mandalorian, who accepts an offer from him, and the subsequent mission will probably propel the story’s plot forward.

Longtime fans will be glad to know that IG-88, the famous bounty hunter that Darth Vader had enlisted to track down the Millenium Falcon, is on this show as well. The deadly droid is voiced by Taika Waititi, who is famous for having directed ‘What We Do in the Shadows’ and ‘Thor: Ragnarok’.

The Mandalorian Plot: What is it about?

‘The Mandalorian’ centers around the Mandalorian gunfighter and his adventures in the outer reaches of the universe. For fans of the franchise who need to place this show in the chronological context of the ‘Star Wars’ universe, ‘The Mandalorian’ is set after the fall of the Empire, but before the emergence of the First Order. The show chronicles the period of chaos that arose after the rebellion, and which ultimately led people to support the First Order. There is no better way to portray chaos and lawlessness than through the eyes of a bounty hunter since it sends out the message of how expendable an individual is, and how simple it is, after all, to take out an individual in a lawless, unstructured society. It’s definitely going to be exciting to see how the galaxy attempts to restore law and order in the interim period, and whether these bounty hunters and mercenaries act unwittingly as enforcers, ushering in this law and order.

For those unaware, the Mandalorians are a race of fictional people from the planet Mandalore, and was first introduced in the Star Wars universe in ‘The Empire Strikes Back’. They were seen as a group of white armor wearing ‘super-commandos’. We were later introduced to Boba Fett, a member of this race, and one of the deadliest bounty hunters in the Star Wars universe. The Mandalorians are, by nature, a race that is known for its mercenaries and bounty hunters. The protagonist of this show is part of this warrior race.

When it comes to actual plot details, understandably, Favreau is a bit hesitant about revealing his cards before the show even begins. Nonetheless, the way the show will pan out is when Greef gives the Mandalorian a task, which leads him to Herzog’s character. Herzog’s character also sets out a mission for this gunfighter to accomplish, and while it seems that the mission will not be too cumbersome for this warrior, at first, the presence of characters like Esposito’s is bound to place some hurdles in the protagonist’s way.

What viewers can expect to see in the show is a host of new worlds, alien species, and Favreau has promised that the show will include some of the classic Star Wars elements that people have grown to love and juxtapose them with new and exciting elements. While the Mandalorian is one of the races we will definitely be seeing, we will also see some other familiar faces like Devaronian, Twi’lek, Trandoshan, and Rodian.

The official synopsis of the show reads, “After the stories of Jango and Boba Fett, another warrior emerges in the Star Wars universe,” reads the synopsis posted by Favreau. “The Mandalorian is set after the fall of the Empire and before the emergence of the First Order. We follow the travails of a lone gunfighter in the outer reaches of the galaxy far from the authority of the New Republic …”. As viewers explore this new but familiar world of villainy, they are sure to come across some of the older characters who appeared in Lucas’ franchise.

It is also highly likely that this very Mandalorian had made an appearance in one of the Star Wars stories, probably in a passing capacity. Nonetheless, what we do expect, is a lot of action, especially since the story revolves around a bounty hunter. Cara is also played by an actress who used to practice MMA, so you can be sure she will be bringing her own cool stunts into the battles. It remains to be seen how Cara actually teams up with the Mandalorian since it is suggested that they are at odds with each other at the start.

What cannot be doubted, however, is the passion and care that Favreau is bringing to this project. Under his watchful eye, every scene is bound to stand out and having worked with Disney before, he is a trusted man for the job. Star Wars is an iconic part of pop culture and an ever-expanding universe, and we cannot wait to see how the new show pans out, in terms of giving us another lethal bounty hunter who is bound to keep things interesting, in a galaxy far far away.

The Mandalorian Season 1 Release Date: When will it premiere?

As far as things stand, the series has eight episodes. However, it has been announced that Disney+ will not be airing all the episodes together. They might have made this decision to ensure that people do not binge on the show at once, and they have the chance to release scheduled episodes of the show. It is also likely that the episodes have some post-production editing work needed, which means that Disney cannot release them all together on the same day.