Maneater: Everything We Know 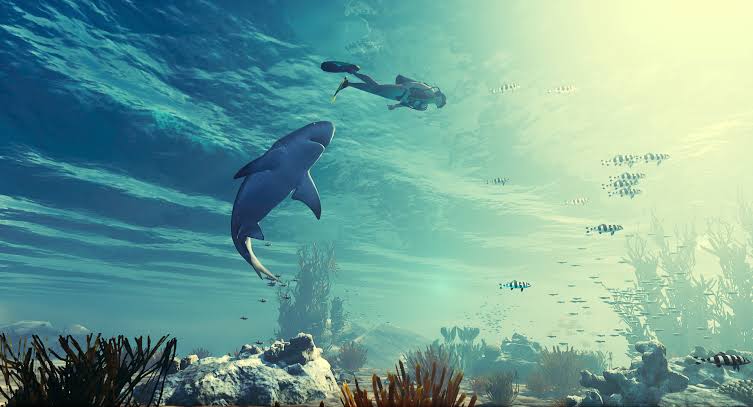 Do you dream of vast endless oceans, the steady white noise of the resplendent seas and the chance to chomp your way through countless screaming humans as a giant Bull Shark? If you do, your interminable wait for a video game that lets you do all of that is about to be over, thanks to Tripwire Interactive’s upcoming action RPG (Role Playing Game) ‘Maneater’.

In what is quite likely the first-ever RPG with a shark protagonist, you will be able to engage in a lot of typical activities such as killing enemies, upgrading your character and completing side quests, only this time from a shark’s perspective. If this premise intrigues you, read on to find out everything we know about the upcoming open-world shark RPG, ‘Maneater’.

Maneater Gameplay: What to Expect?

‘Maneater’ is an action RPG game where you play as a vengeful shark out to get even with a wicked fisherman named Scaly Pete, who killed your mother and mutilated you in a fateful encounter a long while ago. A reality TV show called ‘Sharkhunters vs Maneaters’ becomes aware of your quest for vengeance and starts covering the story.

Meanwhile, Scaly Pete (voiced by ‘Rick and Morty’ voice actor Chris Parnell) acts as a sort of narrator to your adventures, akin to games like ‘The Stanley Parable’. The main questline of the game leads you on a patient journey towards Scaly Pete so that you may finally exact your righteous vengeance.

The webpage for ‘Maneater’ describes it as follows:
“You were cut from your mother’s body and left to die in the unforgiving waters of the Gulf Coast. Your only tools are your wits, your jaws, and an uncanny ability to evolve as you feed. Anything and everything is on the menu… provided you kill it before it kills you.”

While there have been games where you play as a shark in the past, what sets ‘Maneater’ apart is that it is a full-blooded RPG game set in the vast open world of the high seas. The game features seven distinct regions and you have to gain a sufficient level of notoriety among the humans of one region before proceeding to the next.

Each region is littered with hidden locations and side missions for you to engage in, along with a proper day/night cycle that lends itself to greater immersion. There is also an ‘Assassin’s Creed IV: Black Flag’ like Wanted system, which sends bounty hunters to hunt you down if you’ve been particularly disruptive. These hunters constitute the game’s boss fights and you can work your way up to the highest Wanted level to take on the most deadly shark hunters.

‘Maneater’ also features full-fledged boss fights unique to each of the game’s seven regions. Once you have consumed enough animals in a given area, you will be confronted by the apex predator in an epic battle. These bosses include a giant albino sperm whale and other monstrosities that lie in the heart of the deep sea. Naturally, there also copious amounts of “shark loot’ to be collected after defeating bosses.

In classic RPG fashion, ‘Maneater’ features an extensive upgrade and character progression system which can be used to “evolve” your shark into something even more frightening. Whenever you consume another animal in the game you acquire nutrients that include the standard protein and the much rarer “Mutagen X”.

The latter, in particular, unlocks outlandish upgrades such as huge metal teeth and impenetrable bone armor for your player shark that you can choose from several skill trees. Using the evolution system, you can basically create your own unique aquatic murder machine.

Judging by what we have seen thus far, it is clear that ‘Maneater’ is opting for a humorous and eccentric take on what has traditionally been horror/thriller territory. This is quite similar to some of Tripwire Interactive’s previous games such as the ‘Killing Floor’ series of facetious co-op zombie shooters.

Maneater Developers: Who Are the People Behind the Game?

‘Maneater’ is being developed and published by Georgia based American video game development studio Tripwire Interactive. They are best known for games including the tactical FPS (First Person Shooter) game ‘Red Orchestra 2: Heroes of Stalingrad’ and its standalone expansion pack ‘Rising Storm’, and the co-op zombie FPS ‘Killing Floor 2’. Besides ‘Maneater’, Tripwire Interactive is currently also working on the multiplayer first-person slasher ‘Chivalry 2’.

Maneater Release Date: When and Where Can I Play It?

‘Maneater’ is set to release on May 22, 2020, for PlayStation 4 and Xbox One, with a PC release the following day on May 23. A dedicated port for the Nintendo Switch is also in the pipeline and can be expected to come out sometime later in 2020.

On PC, ‘Maneater’ will be exclusive to the Epic Games Store at launch. Like most Epic Store exclusives, ‘Maneater’ is most likely only a timed exclusive for one year, after which it will also release on the Steam storefront.

You can watch the reveal trailer for ‘Maneater’ right here.